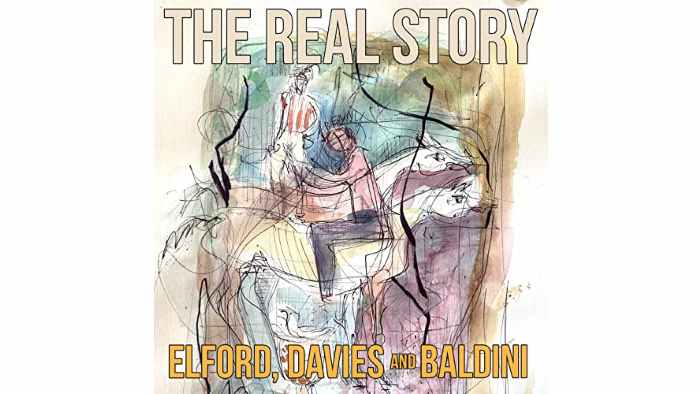 South East London's Elford, Davies and Baldini recorded it's The Real Story album during the pandemic lockdown. This is obvious once vocalist Keith Elford asks (sarcastically?) "Are we all in this together" during album opener, "The End is Nigh." Elford sings this one effectively over a blistering rock groove. The album is oftentimes an angry and frustrated response from a severely restricted population. A few of these songs even take on Biblically religious overtones, including "Sinners and Saints," "WWJD" and "After the Flood." However, some of the collection's most moving moments are much more personal reflections, exemplified by "Cry of Despair." These are troubled times, which cause troubled hearts to cry out.

While rock - more specifically classic rock - is the album's primary musical inspiration, there is nevertheless plenty of variety coming through its eleven tracks. For instance, "This Fair Land" is slightly funky, colored by a soulful horn section and a grooving electric guitar riff. One of the prettiest selections is "Come Back Home," an achingly sincere ballad that also includes Annabelle Elford's supportive backing vocal. One called "Sinners and Saints" is also of note, as it includes a memorable, Carlos Santana-inspired electric guitar part.

Our unusual modern times bring conjure up a wide range of emotions, and Elford, Davies and Baldini bring out many of these feelings beautifully with The Real Story.