Squanky Kong- Dawn of the Cataclysm 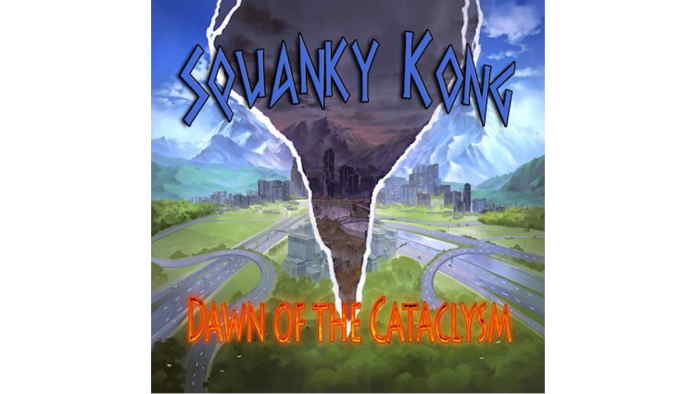 Squanky Kong is the band name James Michael House gives himself. Dawn of the Cataclysm is sure a downer of an album title. However, the music contained within, best exemplified by "Know End Insight" (See what he did there?), is nevertheless filled with a spunky, fighting spirit.

House applies a deep-thinking mind to his hard rocking music throughout this album. These smarts are inherited, as his grandfather, Ray Butts, invented the Tape Echo (Echosonic Amp) and Humbucker Guitar Pickup (Gretsch Fitterton), which makes his music creation as much an intellectual exercise, as it is an artistic pursuit. Furthermore, he's a photographer, as well as a screenwriter. In other words, he is of the restlessly creative type.

Every track on this eight-song album is long, by pop music standards, with the shortest ones still stretching out to 5:02. One called "Parade the Plastic Planet" is the project's standout track, as it rolls with a sonically carnival spirit. However, each piece is a social-political commentary of some sort or other, and well worth attentive listening.