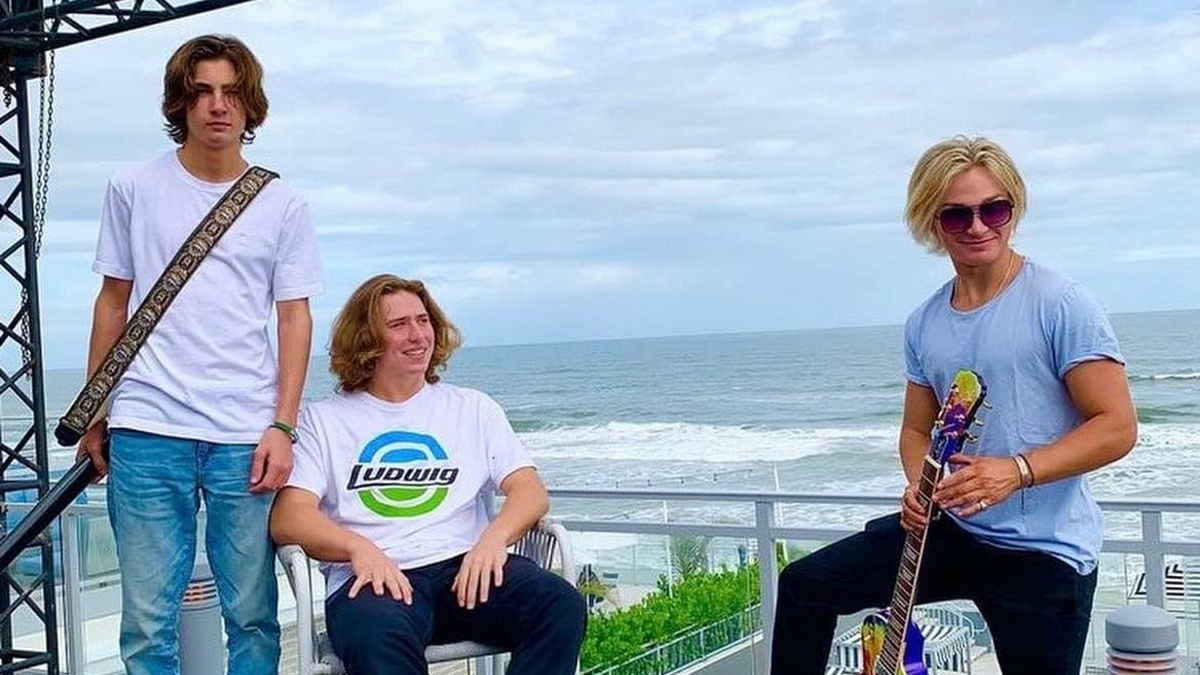 There's a good chance that you already know a little about this hot, young band from Southern California. Whit3 Collr really only started to break out earlier this year but they've had one heckuva 2021. The trio, who are all teenagers, consists of Will Sawyer on guitar and lead vocals, Donovan Hess on drums and backing vocals and J.T. Sawyer (no relation to Will) on bass. They have a rocking sound that nods liberally to the hard rock greats of the 1970s and the band regularly plays at favored Los Angeles venues like Whisky A Go-Go, The Viper Room and The Coach House. Their music is all over the internet and they've racked up over 146,000 streams on Spotify while the video for "Endless Hours," their latest single, has topped 81,000 views.

Perhaps the greatest feather in Whit3 Collr's hat is that they won the "Battle for the Big Stage" in the Road to Rockville contest, beating over 3000 other hopefuls for a chance to open for Metallica at the 2021 Welcome to Rockville festival, held in November at the Daytona International Speedway in Daytona Beach, Florida. Whit3 Collr thrilled a crowd in the tens of thousands on Friday, Nov. 12 and got a few thrills of their own. We asked Will Sawyer about the experience.

antiMusic: How did your show go, and how did it feel to be up on that big stage?

The show couldn't have gone any better! Everything was taken care of; all we had to do was show up, plug in and do what we do best. Surprisingly the stage wasn't too intimidating; in a way it kind of added to all the excitement and energy. The extra space to move around was definitely a plus, but in general playing at an event that massive just gives you that extra boost of energy, confidence and overall stage presence that really adds to the whole experience of our show.

antiMusic: What other artists impressed you, and did you get to meet any of them?

There are always headliners like Metallica and the Offspring that just never fail to impress, but there's also a fair share of newer bands that are really doing a solid to the rock scene. Dead Poet Society, Badflower and BRKN LOVE all had really impressive live shows and it's always refreshing to hear new original artists breaking into the mainstream. Backstage, COVID protocol was pretty strict so unfortunately we weren't able to interact with the other bands as much as we would have liked. But I guess we'll always have future festivals to look forward to!

antiMusic: Were you able to enjoy the beach or do any other touristy things while you were in Daytona Beach?

We all stayed at waterfront hotels so the days leading up to and after the festival mostly were spent laying on pool chairs and at the beach. It was a little more humid than what we're used to in Cali, but to be honest it felt like a vacation if you took out the two shows we played. As for touristy things, do Denny's and Joe's Crab Shack count?

Since the festival Whit3 Collr have earned another fantastic accolade; they've taken home the win for Best Live Performance in the first annual Space Zebra Awards. Sounds like it won't be long before there'll have to be a contest where some unsigned band can win a chance to open for Whit3 Collr.