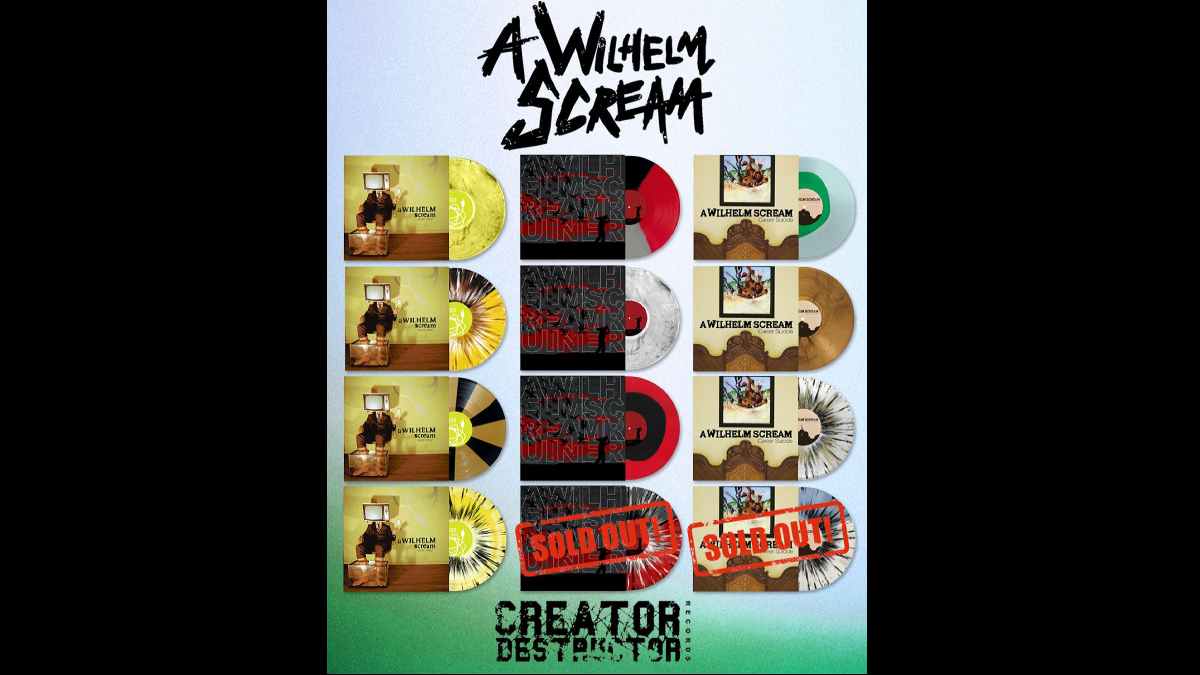 Creator-Destructor Records have launched preorders for deluxe vinyl reissues of three albums from A Wilhelm Scream. We were sent the following details:

A WILHELM SCREAM presents reissues of three of their fan-favorite albums: Mute Print (2004), Ruiner (2005), and Career Suicide (2007). Originally released on now defunct Nitro Records, the Bay Area's Creator-Destructor Records has stepped in to reissue all three titles with four different colored vinyl variants per album. Some variants have sold out already and the rest are selling quickly.

Additionally, renowned artist Dave Kloc has introduced new exclusive re-imaginings of each album's artwork/themes which are being printed as new shirt and merch designs.

Ben Murray from Creator-Destructor Record states, "The members of A WILHELM SCREAM have been good friends of mine since around 2010 when I first toured with them on the East Coast. Since then, I've had the honor of sharing the stage with these guys many times and getting to know them as the righteous folks that they are. I couldn't imagine a more genuine group of people. To say the very least, it feels like their songs have been in my DNA since 2004. It's truly unreal to have them on the label, a weird full circle thing for me, and I couldn't be more grateful for these dudes. Tons of awesome things in the works. Stay tuned and thank you all for the support!"