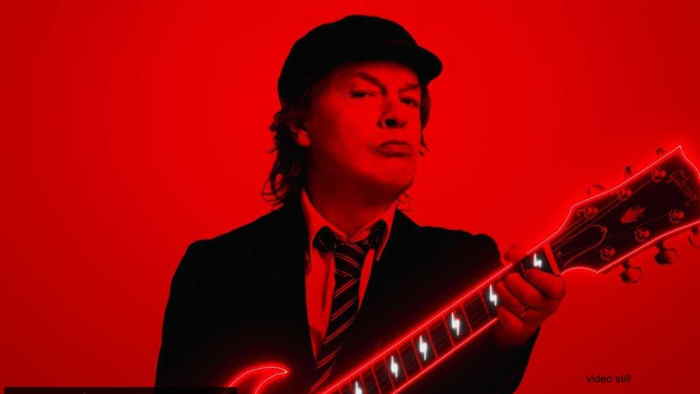 AC/DC frontman Brian Johnson and lead guitarist Angus Young are the featured guest on the special Halloween episode of the syndicated radio show In The Studio With Redbeard: The Stories Behind History's Greatest Rock Bands.

Redbeard had this to say, Halloween is the perfect post-pandemic party time because everybody already wears a mask. Rock'n'roll has been making great songs for Halloween parties ever since 'The Monster Mash' by Bobby 'Boris' Pickett, Screaming Jay Hawkins' 'I Put a Spell on You' was covered on the first Creedence Clearwater Revival album, and The Crazy World of Arthur Brown shouted 'I am the God of Hell fire!' over fifty years ago.

"So to Power Up your Halloween party playlist, I invited those monsters of rock, AC/DC's Angus Young and Brian Johnson, to join me here In the Studio to share stories from Halloweens past while putting together a playlist of haunted hits by Van Halen('Runnin' with the Devil'), The Eagles('Witchy Woman'), Metallica('Enter Sandman'), The Outlaws('Ghost Riders in the Sky'), Blue Oyster Cult('Don't Fear the Reaper'), Santana('Black Magic Woman'), Warren Zevon 'Werewolves of London'...and of course classic AC/DC including 'Hell's Bells' and 'Hell Ain't a Bad Place to Be'!

"Topics around the Halloween punch bowl which Angus Young and Brian Johnson get into include: haunted English and Scottish castles, werewolves and wolfsbane, the Loch Ness Monster, Australia's own legendary water monster, how Australia does not observe traditional Halloween trick-or-treat, Druids at Stonehenge; the mystical ancient Aboriginal ceremonies in the Outback at Ayers Rock, have they ever seen a ghost?, site of the Monsters of Rock, Castle Donington, rumor that Bon Scott's spirit was conjured up after he died to help make Back in Black?

"So click the interview and playlist above or find it on Spotify. Take "A Shot in the Dark" with my guests Angus Young and Brian Johnson of AC/DC, and Power Up for over a solid hour of virtual Halloween shock rock! -Deadbeard". Stream the episode here