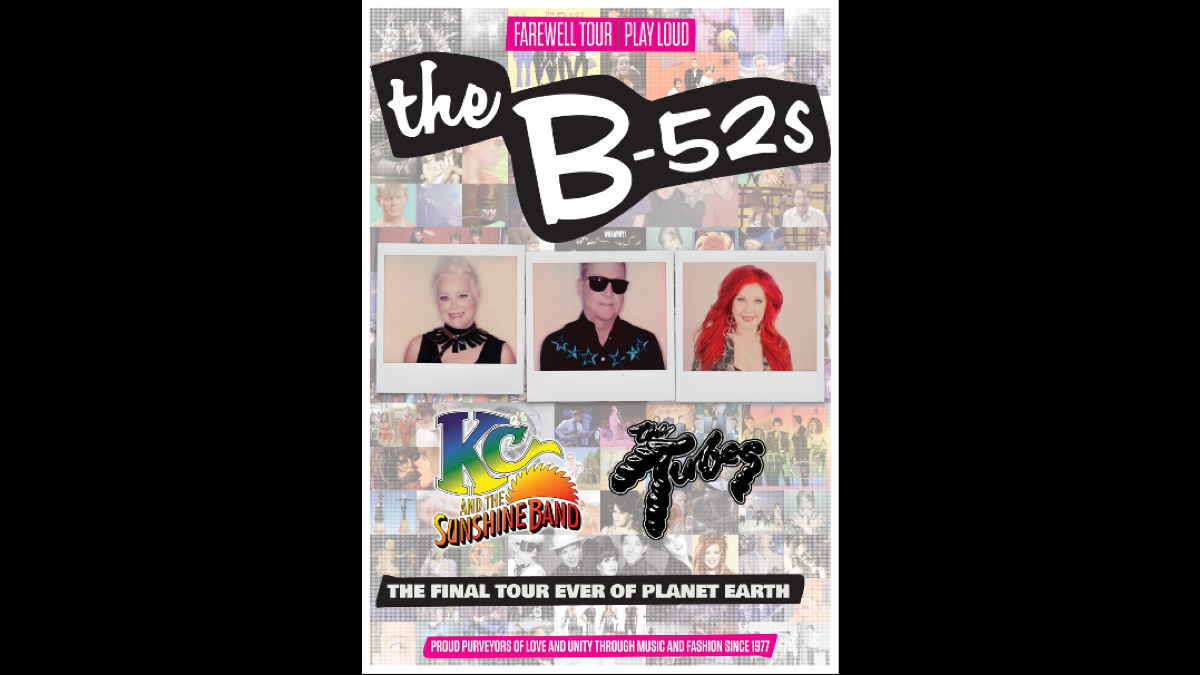 The B-52s have announced that they have added four additional shows to their "Final Tour Ever Of Planet Earth", following instant sellouts in Seattle, Washington, D.C., Las Vegas, San Francisco, and Atlanta.

Co-founder Kate Pierson had this to say, "Who knew what started as a way to have some fun and play music for our friends' at house parties in Athens in 1977 would evolve into over 45 years of making music and touring the world. It's been cosmic."

Cindy Wilson shared, "It has been a wild ride, that's for sure. We feel truly blessed to have had an amazing career encouraging folks to dance, sing along with us and feel they can be whomever they are with our music."

Fred Schneider added, "No one likes to throw a party more than we do, but after almost a half-century on the road, it's time for one last blow-out with our friends and family...our fans. And with KC & The Sunshine Band and The Tubes on board, it's going to be one hell of a farewell party at these concerts." See all of the dates below: