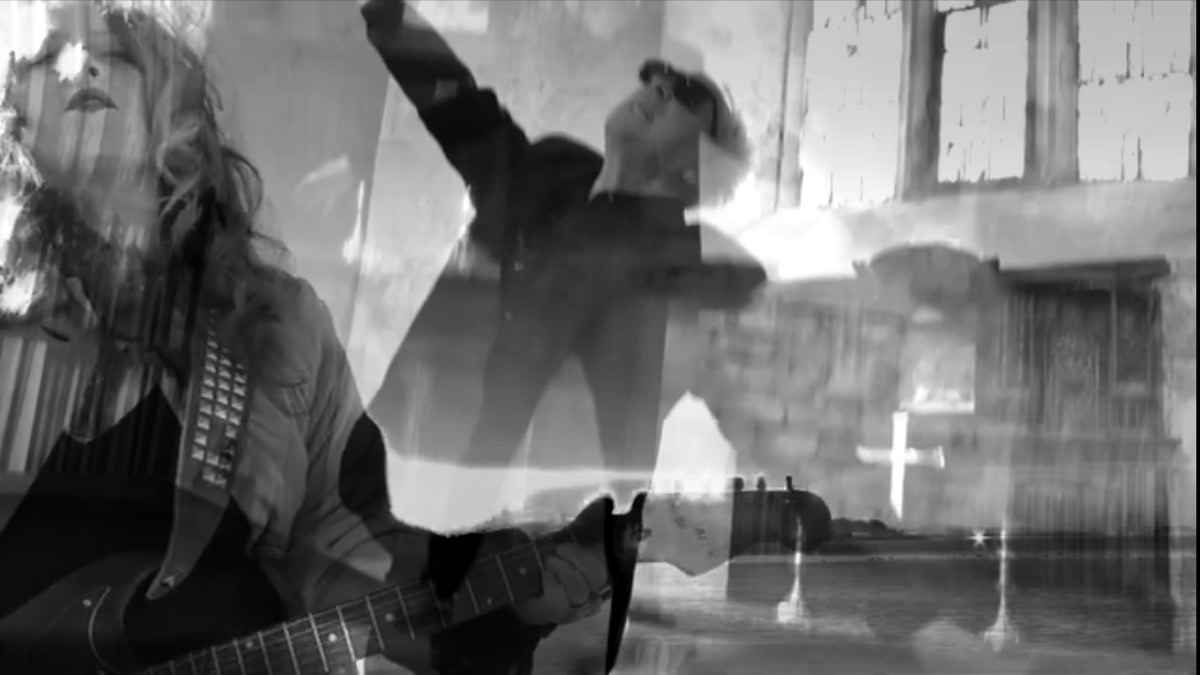 Legendary English punk rocker Steve Lake of Zounds and American opera singer Mia Dean have shared a DIY music video for their new song "Spell", which comes from their forthcoming duet album, "Blood Moon Wedding: An American Nightmare", that will be hitting stores on April 7th.

07 April 2023 via Mobilization Recordings. The trans-Atlantic post/art-punk duo has dropped the album's first single, "Spell," which comes with a stirring DIY music video.

Steve Lake said of the song, "Spell is the beginning of our story, so I have always had it in mind that we would release it as the first single." It comes in rather triumphant, but also has so many interwoven, chaotic, sonic elements that set the stage for our rather wild adventure."

Dean said of the video, "We shot most of the video at the ruins of Farleigh Hungerford Castle, and in the gorgeous, still standing, 14th century chapel on the site. The rest was filmed on the shore of the San Francisco Bay. The effect is as otherworldly as the bizarre lyrics and delivery. It's great fun to hear and watch their vocal interplay." Watch it below: