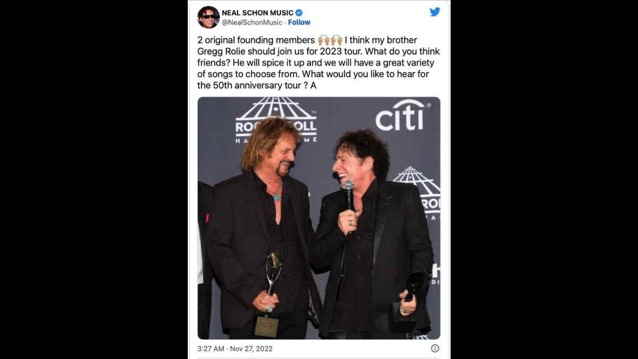 Schon took to social media and tweeted a photo of himself with Rolie and said, "2 original founding members. I think my brother Gregg Rolie should join us for 2023 tour.

"What do you think, friends? He will spice it up and we will have a great variety of songs to choose from. What would you like to hear for the 50th-anniversary tour?"

Neal's suggestion comes after it was recently revealed that he has taken legal action against Cain. As we reported last week, Schon has filed a lawsuit against his longtime bandmate Jonathan Cain over band finances and an American Express card that Cain reportedly opened, according to court papers cited by Page Six.