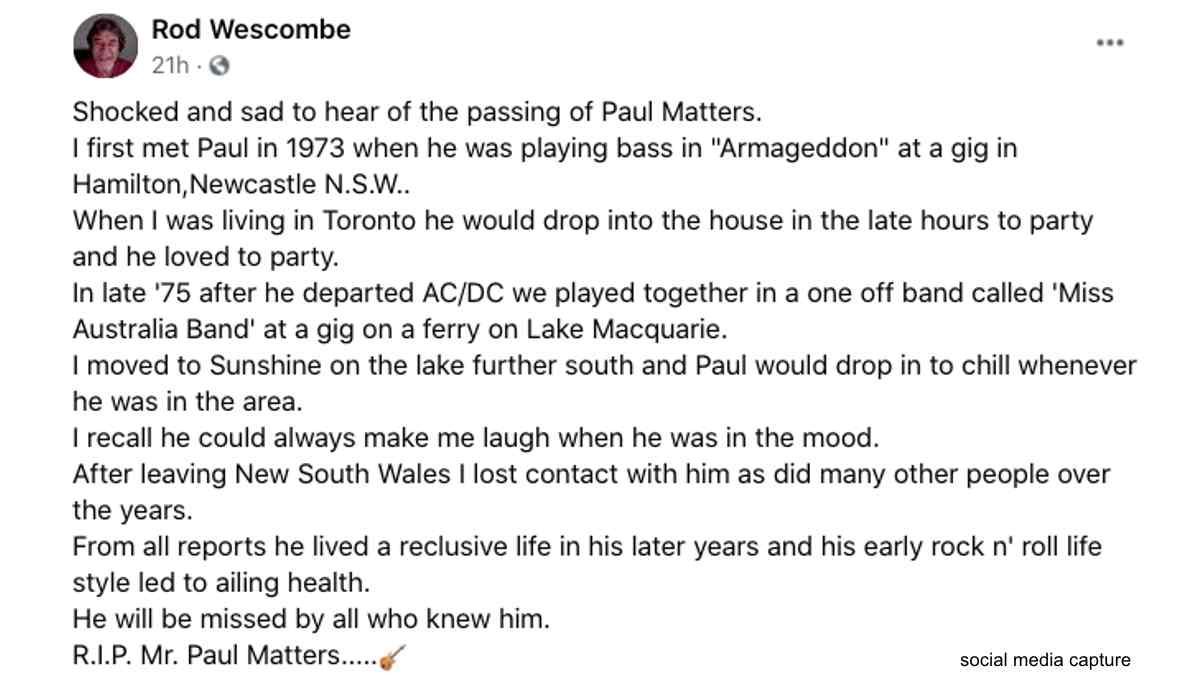 Paul Matters, who was the bass player for AC/DC for a short time in 1975, reportedly passed away on Wednesday (October 14th), according to a social media post from a friend.

Matters was a member of the legendary group for only a short time following the recording of their debut album, "High Voltage" and was replaced by Mark Evans.

His friend Rod Wescombe broke the sad news of his passing on Facebook. Rod wrote, "Shocked and sad to hear of the passing of Paul Matters. I first met Paul in 1973 when he was playing bass in Armageddon at a gig in Hamilton, Newcastle N.S.W. When I was living in Toronto he would drop into the house in the late hours to party and he loved to party.

"In late '75 after he departed AC/DC we played together in a one off band called Miss Australia Band at a gig on a ferry on Lake Macquarie. I moved to Sunshine on the lake further south and Paul would drop in to chill whenever he was in the area. I recall he could always make me laugh when he was in the mood.

"After leaving New South Wales I lost contact with him as did many other people over the years. From all reports he lived a reclusive life in his later years and his early rock n' roll life style led to ailing health.