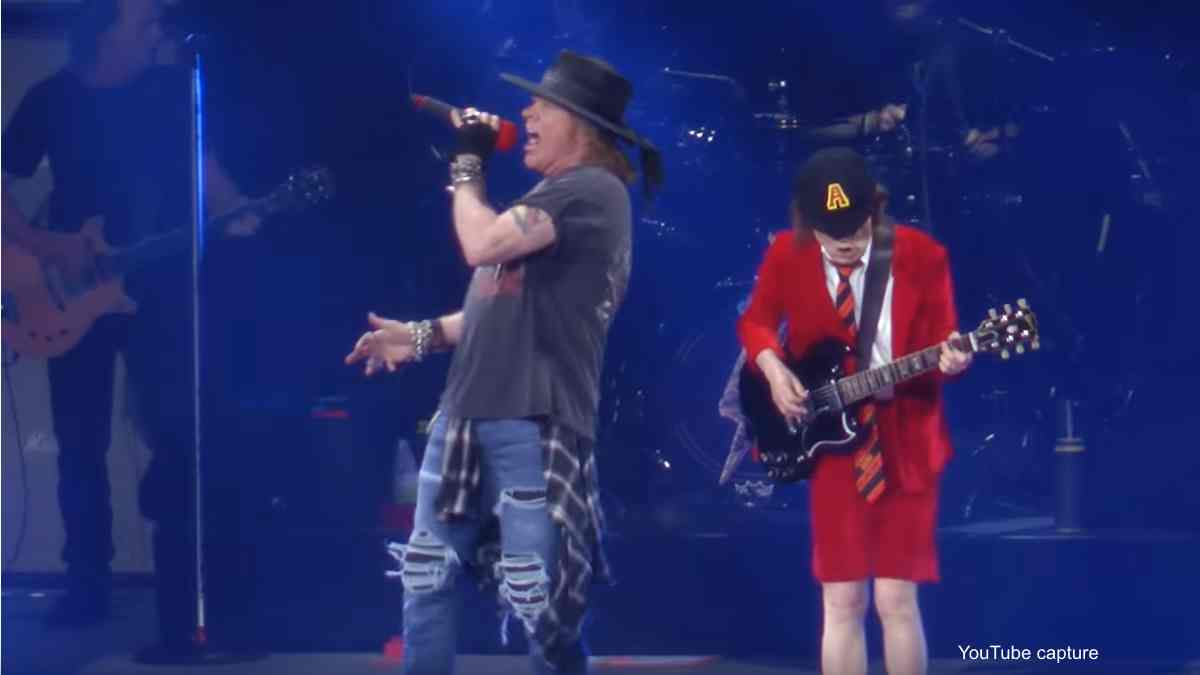 AC/DC lead guitarist Angus Young says that he is grateful to Axl Rose after the Guns N' Roses frontman stepped in to help the band complete their Rock Or Bust tour in 2016.

Frontman Brian Johnson was forced off of the trek over the threat of permanent hearing loss and the legendary band recruited Rose to sing for them for the remaining dates of the trek.

Angus recently spoke about having Axl take over during a an interview with RockFM. He said, "On our last tour, when Brian had his hearing problem, with the deafness in his ears, for us at the time, we had some dates and shows that we were committed to doing

"And it was a case of, 'We'll get through those shows. But how do we go about that?' And Axl Rose, he had said to us, he had got a message to us, if he could help us in any way finish those commitments, if it didn't interfere with what his own project was, he would help us get through that.

"So with Axl, he participated with helping us get through that tour, and that's something we'll always be grateful for, 'cause he'd done a really good job. So everyone appreciates that he did that."