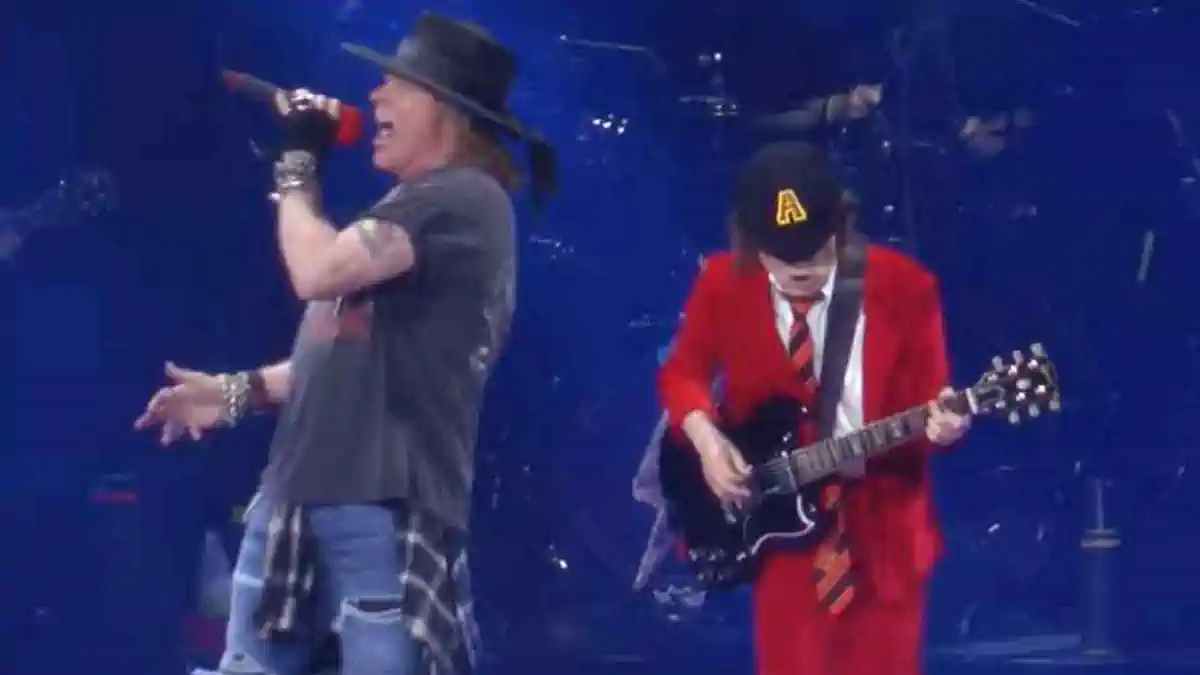 Video of still of Axl performing with AC/DC

Rose stepped in help the legendary band complete the tour after frontman Brian Johnson was warned by doctors that he faced permanent hearing loss if he continued on the trek.

Following the tour there was speculation that the band might record an album with Axl on lead vocals. Angus addressed the rumors in a new interview with Rock Antenne and says that the idea of making an album "never really came as a point in question. Axl helped us out.

"He had actually volunteered, because. I'll be honest. at the time, we didn't really know what we would do in that situation. And he, very early, had volunteered. He said if he can help out, he had his own commitments to do, and he said if it didn't interfere with what he was doing, he would gladly, if he can help, he would be involved.

"So it was a case of that. We didn't know if it would come together, so we did a little bit of rehearsing with him. And it worked out. He broke his foot when he had been working with his own project, but he certainly gave it his all to get through.

"So that was very good of him. I've got a lot of respect. And how he did it - he was very pro. And he was very hungry. He's very much a fan of especially a lot of our earlier stuff with Bon. So he was excited to be doing it. As a band, I'll always be grateful to him for that." Watch the interview below: