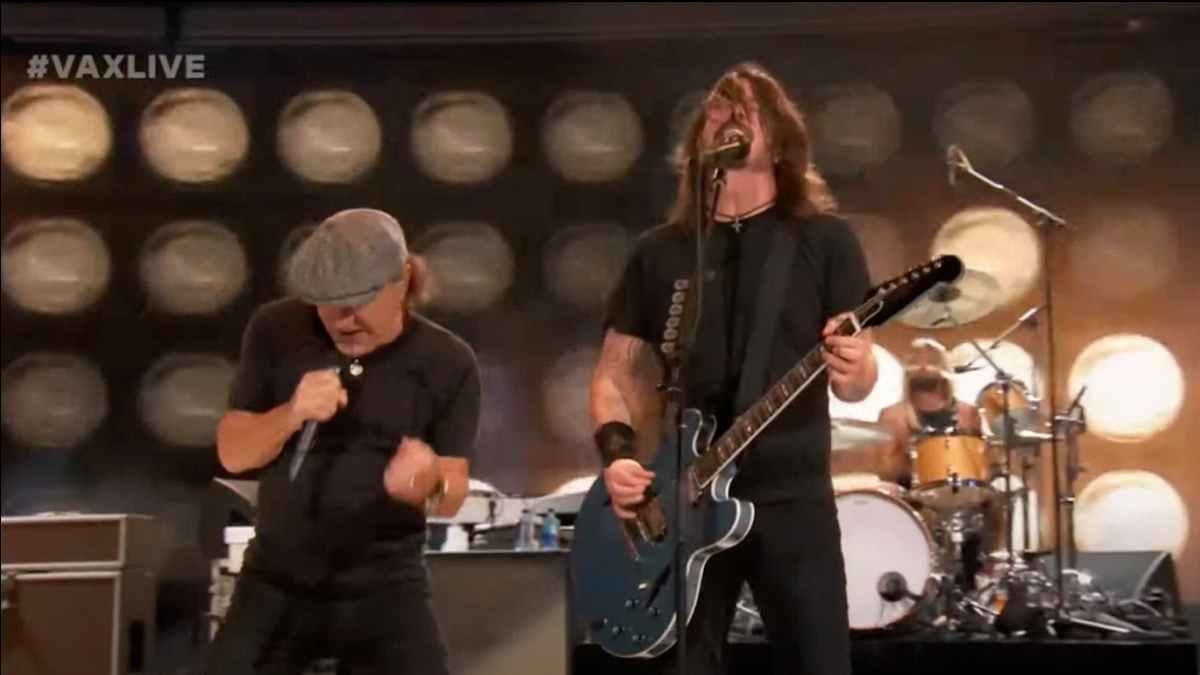 (hennemusic) Brian Johnson joined the Foo Fighters for a performance of the AC/DC classic, "Back In Black", during the filming of The Concert To Reunite The World at SoFi Stadium in Inglewood, California on May 2.

Johnson's return to the stage follows years of work with the inventor of in-ear monitors, Asius Technologies founder Stephen Ambrose, to find a technical solution that would allow him to resume performing live after he was forced to leave the band's 2016 world tour in order to prevent possible permanent hearing damage; he rejoined AC/DC in Vancouver in 2018 to record a new album, "Power Up", which was released late last year.

Hosted by Selena Gomez and broadcast across several US television networks on May 8, the evening featured performances by Jennifer Lopez, Eddie Vedder, J Balvin, H.E.R., and Saweetie. Watch the Foo/DC jam here.