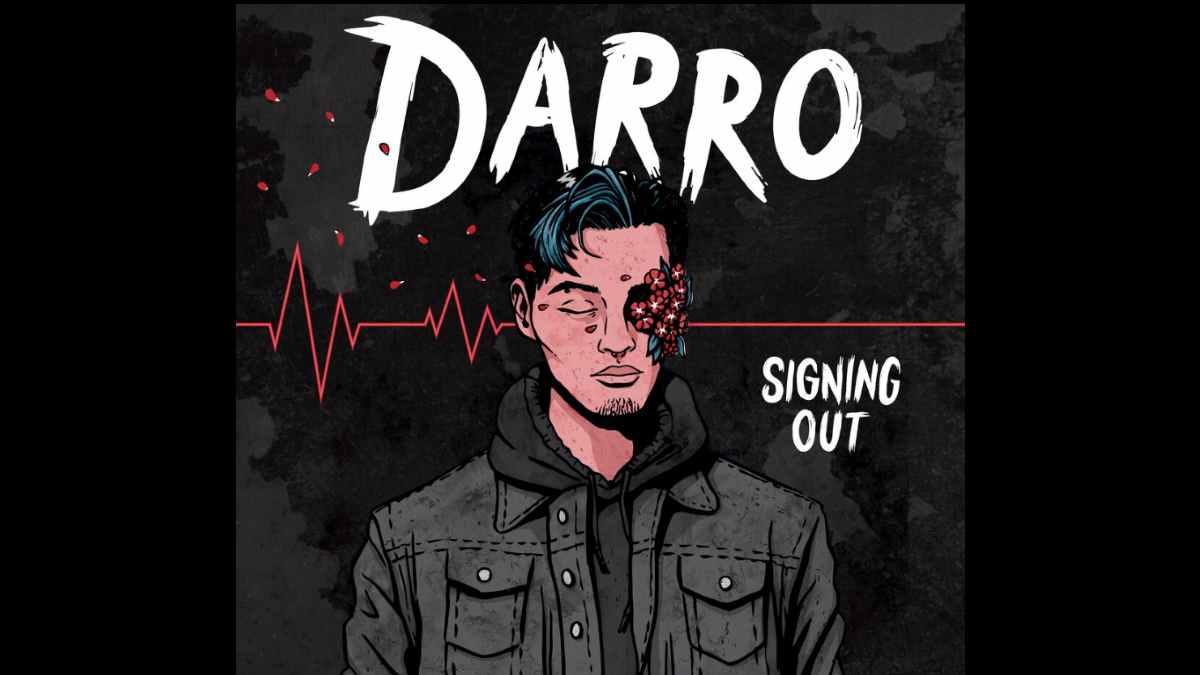 Emo/pop-punk star Darro recently released a brand new deeply personal single called "Signing Out" and to celebrate we asked him to tell us the story behind the track. Here is the story:

In July of 2017, I was just about to graduate with my master's degree when I started noticing vision problems. At the time, I was studying abroad at Berklee College of Music in Spain for my master's degree. I decided to wait until I got back to the US to see my eye doctor. I initially thought it was some sort of eye-infection, but after the eye exam, my eye doctor told me to go to the ER and get an MRI.

After 8 hours of waiting (and no food, I was hangry), they found a 4 cm tumor at the base of my brain. It was so big that it was physically suppressing my optic nerves, which caused my vision problems. At the time, the doctors did not know what the tumor was, whether it was benign, or cancerous. However when they mentioned the possibility of cancer, I completely checked out. I faced the very real possibility that I could die the next morning. I was terrified of my life ending of course, but I was even more livid about the fact that my life might be before I actually started my music career. I had spent the last decade studying music and I had yet to release any music.

This was the motivation for my song "Signing Out." Taking the fear and anxiety of that fateful night and turning it into a digestible piece of music was the only way I could process the trauma of that night. And because of who I am, I like to add a little bit of humor or satire in the mix, so the song is a little bit upbeat with plenty of guitar noodling, but not enough to drown out the message of the song.

Hearing is believing. Now that you know the story behind the song, listen and watch for yourself below and learn more about Darro here