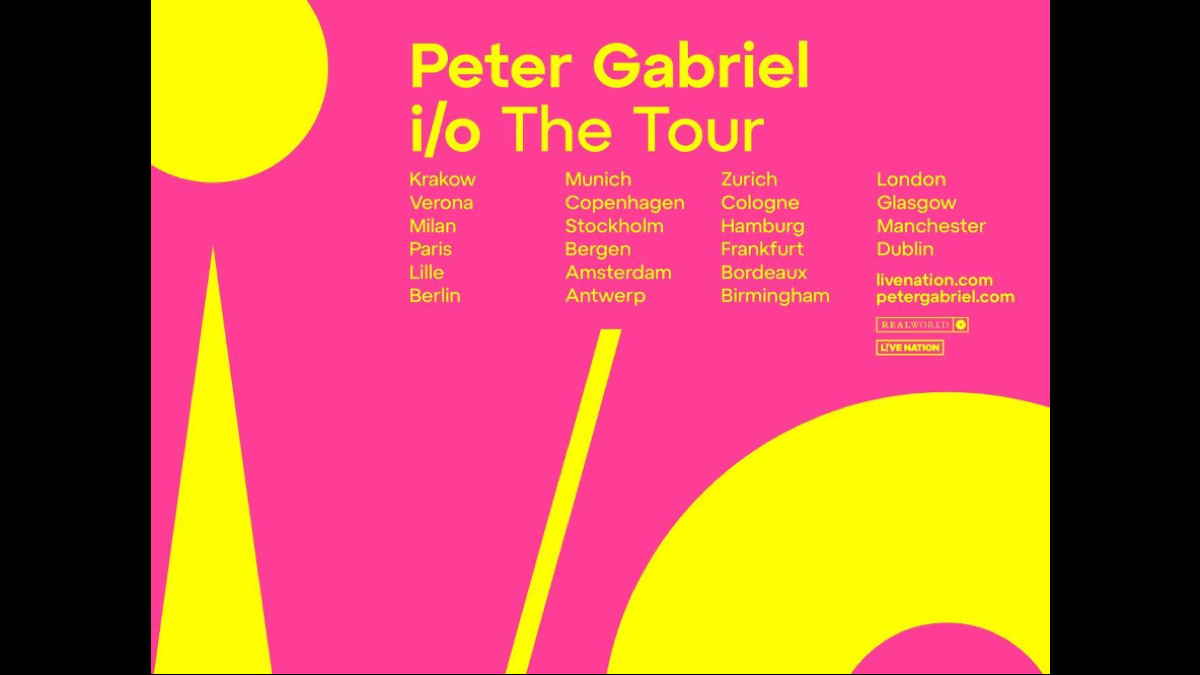 Peter Gabriel has announced that he will be launching his first tour outside of North America since 2014 next year when he hits the road for the i/o Tour of the UK and Europe.

Gabriel had this to say, "It's been a while and I am now surrounded by a whole lot of new songs and am excited to be taking them out on the road for a spin. Look forward to seeing you out there."

The tour will in support of his forthcoming album, "i/0", and is set to kick off on May 18th in Krakow, Poland at the Tauron Arena and will wrap up on June 25th in Dublin, Ireland at 3Arena.

A North American tour will follow in late summer and fall of 2023. Gabriel will be joined on the trek by his regular bandmates Tony Levin, David Rhodes and Manu Katche. See the dates below:

Acclaimed Musicians Help Tribute Peter Gabriel With 'Through The Wire'