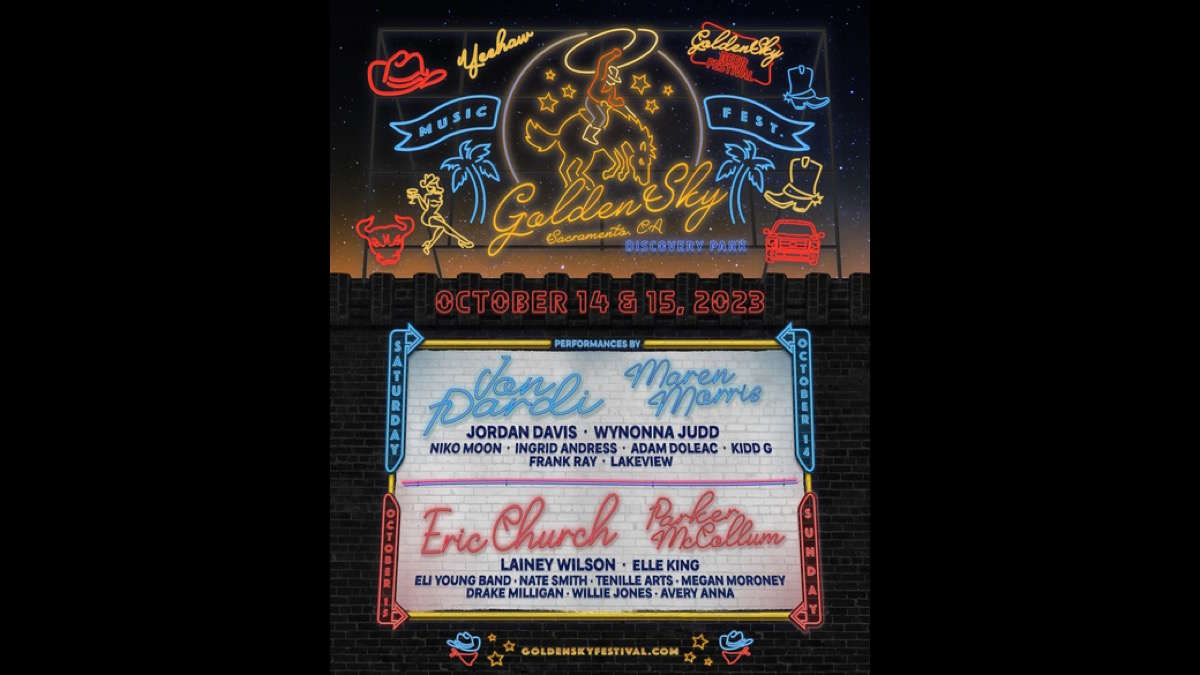 (Ashton-Magnuson Media) After an incredible inaugural year that welcomed 50,000 fans, GoldenSky Country Music Festival is headed back to Sacramento in 2023 with a massive lineup led by Eric Church, Sacramento's own Jon Pardi, Maren Morris and Parker McCollum.

Weekend and Single Day General Admission and VIP passes for GoldenSky Country Music Festival are on sale now at www.GoldenSkyFestival.com.

"We're thrilled to partner with DWP to bring the West Coast's premier country music experience back to Sacramento," said Visit Sacramento President & CEO Mike Testa. "This year's incredible lineup, coupled with unique local activations and Sacramento as the backdrop will make for an unforgettable weekend. We can't wait to welcome music fans from across the country back to our city."

"The overwhelming response from the fans and the music industry alike leaves no doubt that last year's GoldenSky officially put Sacramento on the map as a destination for festivals," says Danny Hayes, CEO of Danny Wimmer Presents. "We are honored to be able to showcase all the amazing things the city and county have to offer and look forward to cementing GoldenSky as a must-attend country festival for the region."

The daily music lineup for GoldenSky Country Music Festival is as follows: