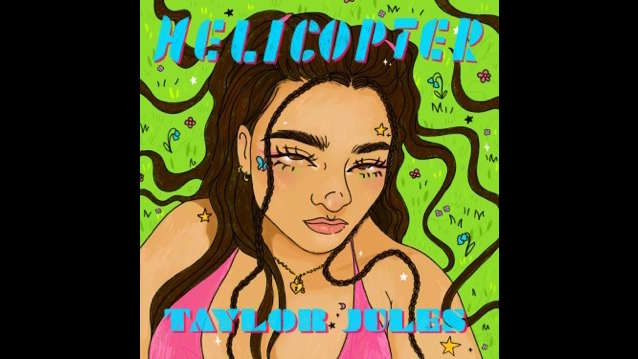 Los Angeles based singer-songwriter and multi instrumentalist Taylor Jules just released her new single, "Helicopter", and to celebrate we asked her to tell us about the song. Here is the story:

I am excited and proud to release "Helicopter," which will be my first single in a set of eight releases. "Helicopter" was inspired by the ebb and flow of fleeting romances and the conflicting emotions of living in the moment and experiencing the thrill and joy of being with this person you are fiercely attracted to, against the knowledge that the end of the relationship is imminent. While you are in the relationship, you know its fate is sealed and the person is going to "fly away one day." You can anticipate the heartache, but with this relationship, you feel almost compelled to enjoy it while it lasts. We have all had those situations. I wanted to explore the pull of those relationships where you stay with the person or keep letting them back in your life when they are not good for you or maybe even toxic. Is it the chemistry? Am I too scared to end the relationship? Am I crazy? I don't care if I'm crazy because I just want to be with that person now. Sometimes you just can't help yourself. Many of my songs address relationships that didn't work out, but "Helicopter" approaches a failed relationship from a different perspective.

I wrote "Helicopter" with my producer, Josh Fields. He had just finished producing, mixing and mastering five other songs I had sent him, which will be released this year, and we decided to co-write a few more songs. I was attending the University of Oregon in Eugene and Josh was in Los Angeles, so we were emailing lyrics, voice memos and tracks back and forth. Once Josh completed the track in Los Angeles, I recorded the vocals for "Helicopter" in one of the University of Oregon recording studios with a producer friend, Joseph. We kept working on the song remotely until we got it right. I don't think we were ever in the same room together during the process. In fact, due to quarantine, "Helicopter" was the first song I was able to record in a real studio for the past several years. For the other songs I worked on with Josh, I was alone in my childhood bedroom with my laptop, recording mic, headphones and interface, recording vocal takes. I sent the vocal takes to him and he sent me instrumental tracks, and we edited back and forth until we achieved the sound we liked.

I am also looking forward to releasing seven more songs this year. "Helicopter" was one of the last songs written for this project, so I did not anticipate releasing it as my first single. But, when the final track and artwork came together, combined with the positive reception from my team, I knew it: this was the one!