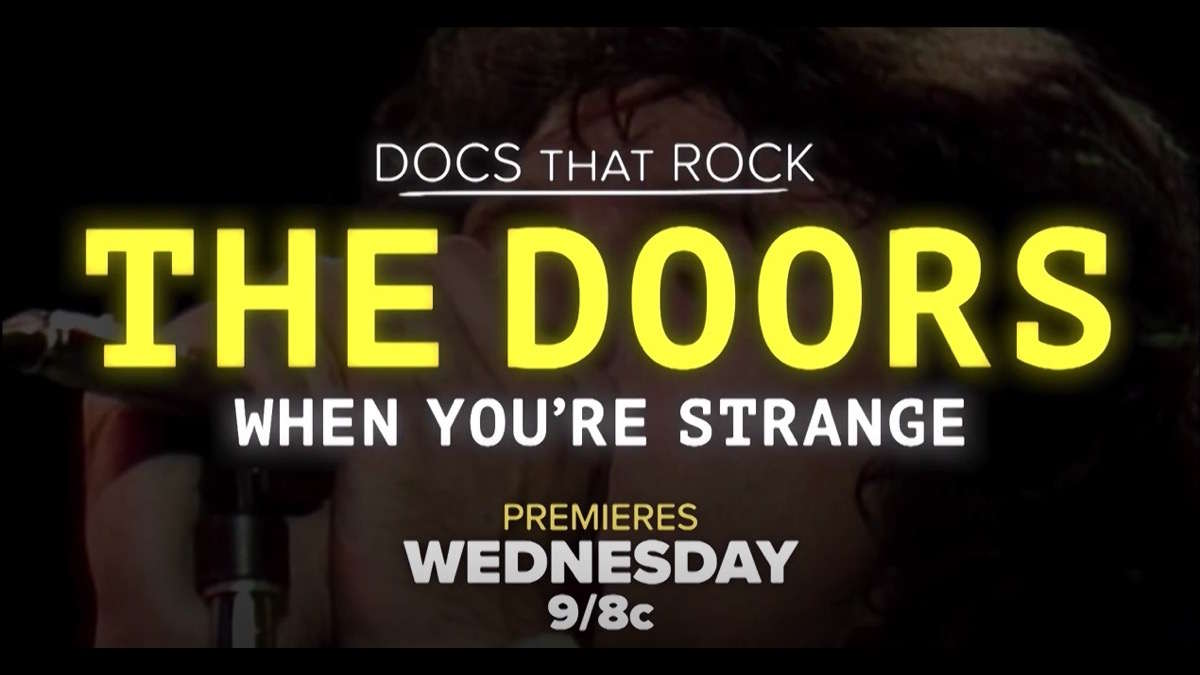 (AXS TV) The Emmy nominated and GRAMMY Award-winning The Doors documentary 'When You're Strange 'will receive its AXS TV network premiere on Wednesday, February 1st at 9 p.m. ET/6 p.m. PT.

When You're Strange is a breathtaking journey into the hypnotic world of The Doors. The film uncovers historic and previously unseen footage of the illustrious rock quartet and provides new insight into the revolutionary impact of its music and legacy. Written and directed by Tom DiCillo, narrated by Johnny Depp and produced by legendary producer, Dick Wolf, the film is a riveting account of the band's history.

The creative chemistry of four brilliant artists - drummer John Densmore, guitarist Robby Krieger, keyboardist Ray Manzarek, and singer Jim Morrison - made The Doors one of America's most iconic and influential rock bands. Using footage shot between their formation in 1965 and Morrison's death in 1971, it follows the band from the corridors of UCLA's film school, where Manzarek and Morrison met, to the stages of sold-out arenas. Said Depp, "As a rock n' roll documentary, or any kind of documentary for that matter, it simply doesn't get any better than this."