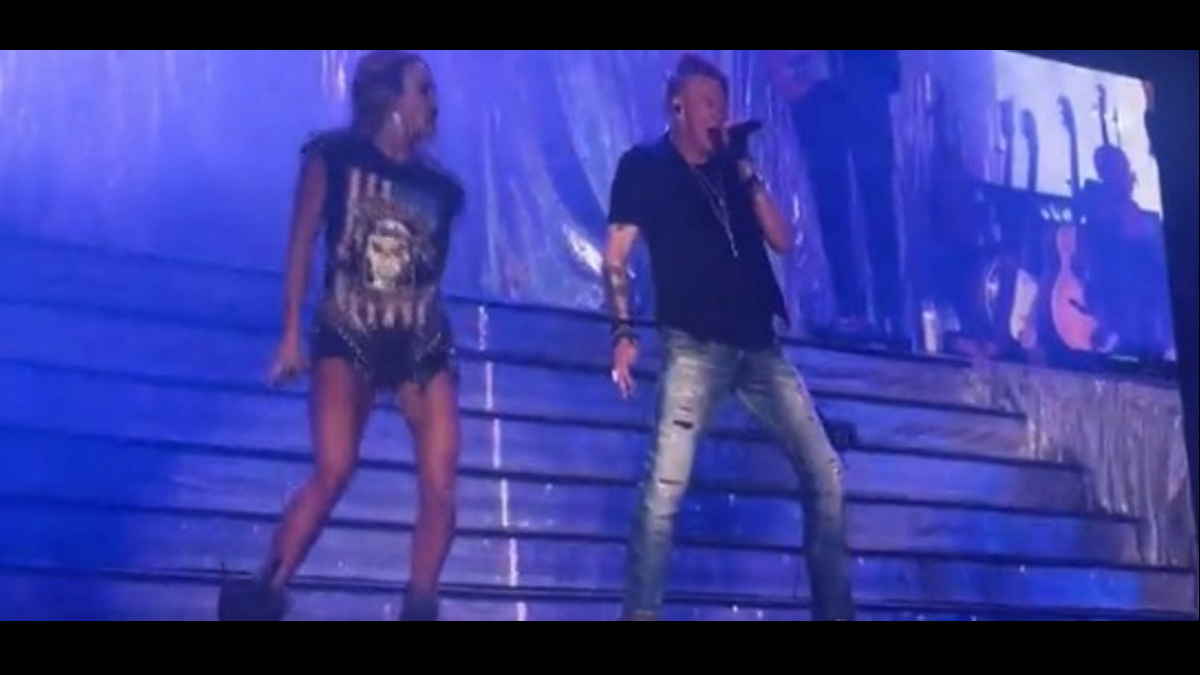 Axl Rose made a surprise appearance with Carrie Underwood, joining the country music star for a performance two Guns N' Roses classics during her set at the Stagecoach festival this past weekend.

After she sand the first verse of the song, Carrie told the crowd, Give It Up For Axl Rose", as the legendary hard rock frontman came on stage to perform the rest of the song together.

Carrie's band then started playing the opening of "Paradise City" as she asked the crowd, "You though we were finished?", and they launched into the classic anthem.