.
Rob Grabowski caught L.A. Guns and Tom Keifer In The Act during show at the Arcada Theatre in St. Charles, Ill on November 2nd. Check out Rob's review and great photos! 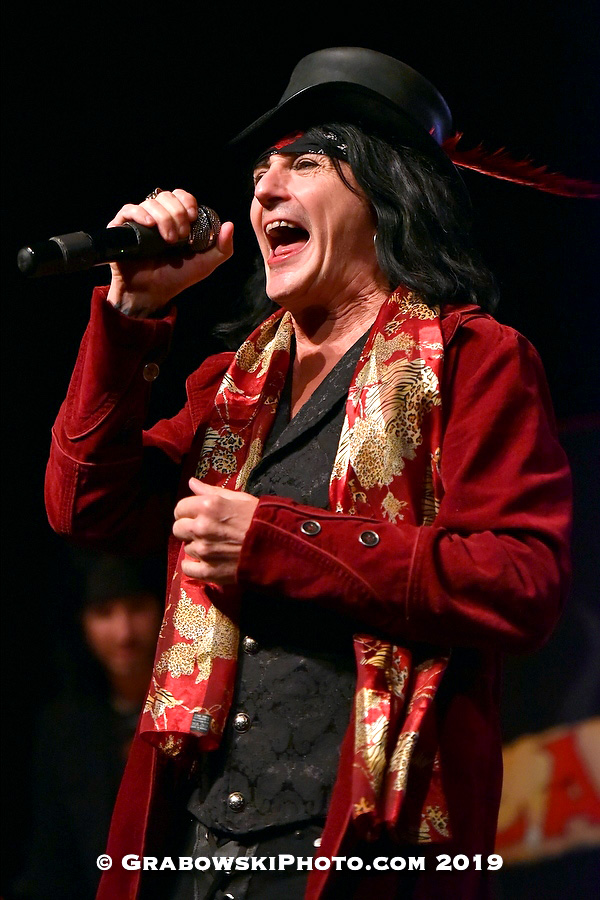 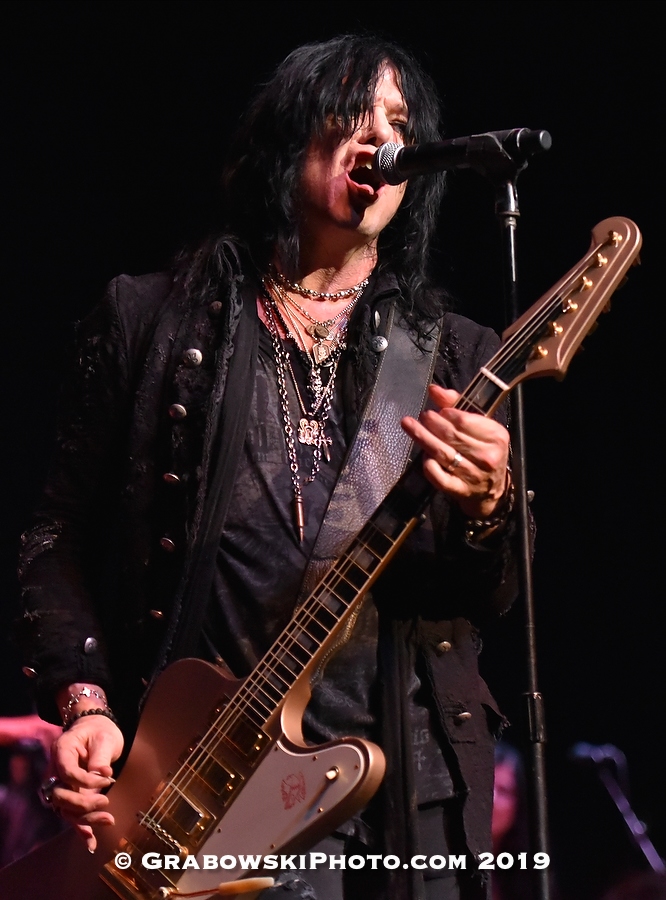 The Arcada Theatre in St. Charles, Ill played host to a phenomenal double bill last Saturday night (Nov 2nd) featuring L.A. Guns and Tom Keifer, of the band Cinderella. The sold out venue was bursting at the seems and the crowd was ready to blow the roof off when L.A. Guns hit the stage ripping into "Over the Edge" and "No Mercy." "Sex Action" had the crowd in a frenzy as Tracii Guns was lighting up the fret board on his guitar and Phil Lewis' playful vocals which lead into "The Devil You Know" with Phil donning a devils mask, which was amusing and as the song wound down, Phil went into "Kiss My Love Goodbye." He belted it out with the energy and enthusiasm to rival anyone in the game. "Never Enough" had the crowd chomping at the bit as the crowd was screaming along. Rhythm guitarist Ace Von Johnson and bassist Johnny Martin did an excellent job with background harmonies and drummer Scott Coogan is a nice addition to hold down the beat. Of course, the sing-along came with "The Ballad of Jayne." The eager crowd was going wild at this point as Tracii played a cool little Led Zeppelin intro and when Phil asked "How are we doing"? The crowd cheered with delight as Phil included the audience to sing the chorus and was definitely the highlight for ever concertgoer. "Speed" and "Rip and Tear" brought the energy back up for both audience and band with the hard rocking antics on the stage, to the fist pumping and head banging leaving the crowd wanting more. 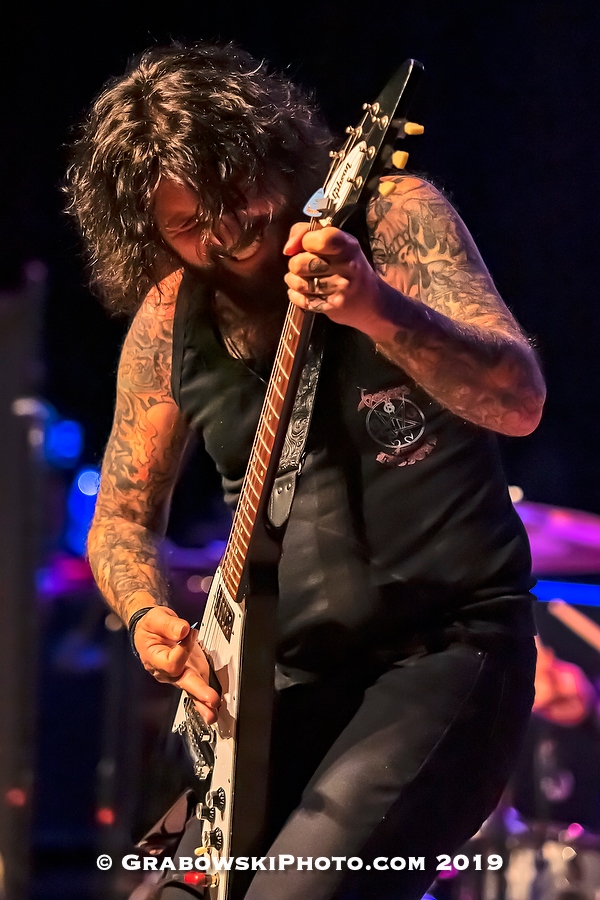 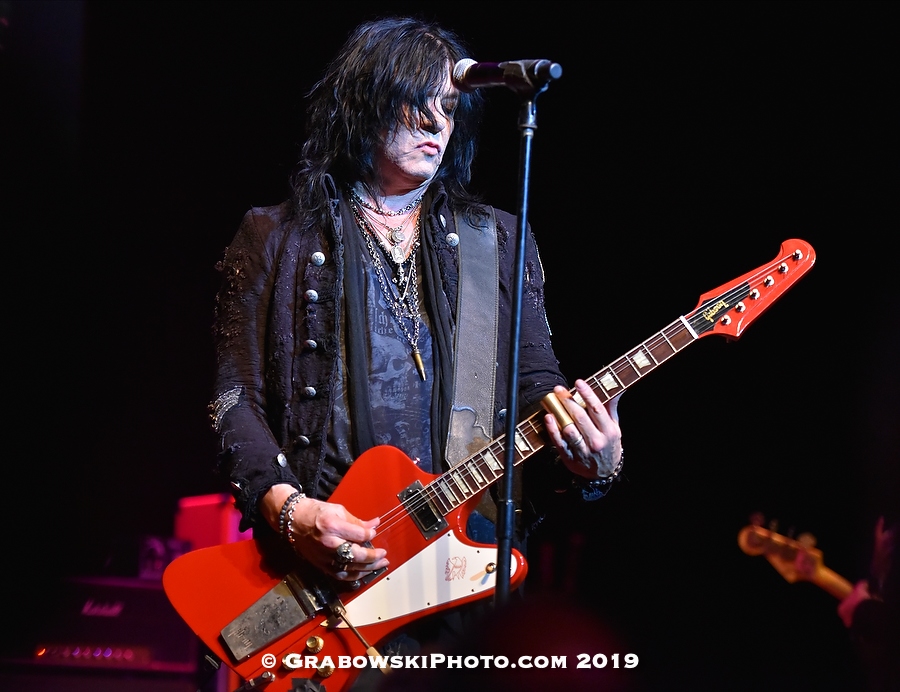 Tom Keifer and company made their way onto the stage in front of the sold out Arcada crowd that was cheering with delight. Wasting no time at all, they went into "Touching The Divine,"which is off of their new album Rise. Next up was the Cinderella classic "Night Songs", which halfway through there were problems with the audio and the band left the stage. As they returned to finish the song, different problems occurred and Keifer being the true professional, improvised with a blues riff before they finally were able to finish the song. "Coming Home" was next up and had the crowd ready to get back to the timeless classics. With the opening riff to "Nobody's Fool" played only by lead guitarist Tony Higbee, the crowd was oozing to hear that famous cryptic intro riff as the band tore into what would be a truly emotional and bombastic performance, and quite frankly, the highlight of the evening. "Fallin' Apart at the Seems" and "The Last Mile" are always fan favorites that lead beautifully into an awe-inspiring duet between Tom and his wife, Savannah with "Don't Know What You Got (Till It's Gone)." The choreography of Tom sitting at the piano pouring out his heart and soul, to his graceful exit from behind the piano in which he was handed his guitar for the in-your-face guitar solo, finishing out the timeless ballad in a spectacular fashion. "Shake Me" and "Shelter Me" had Tom strutting across the stage as he finished out the main set with the crowd gasping for air. Returning for their encore, they delivered the wonderful "Long Cold Winter" which can rival any great Blues song. Tom's raspy voice and emotion with Tony choking out the chords and vibrato on his guitar, rival any of the Blues greats that came before them. "The Death of Me" was a nice engine warmer for the crowds road trip to everyone's favorite destination, driving down that "Gypsy Road." A fantastic set closing song that is more autobiographical for the band who's name originally was synonymous with evil step sisters and needing to be home before midnight. And while Tom Keifer may not be performing as Cinderella any longer, if this shows performance and crowd reaction are any indication, he is still the belle of the ball. 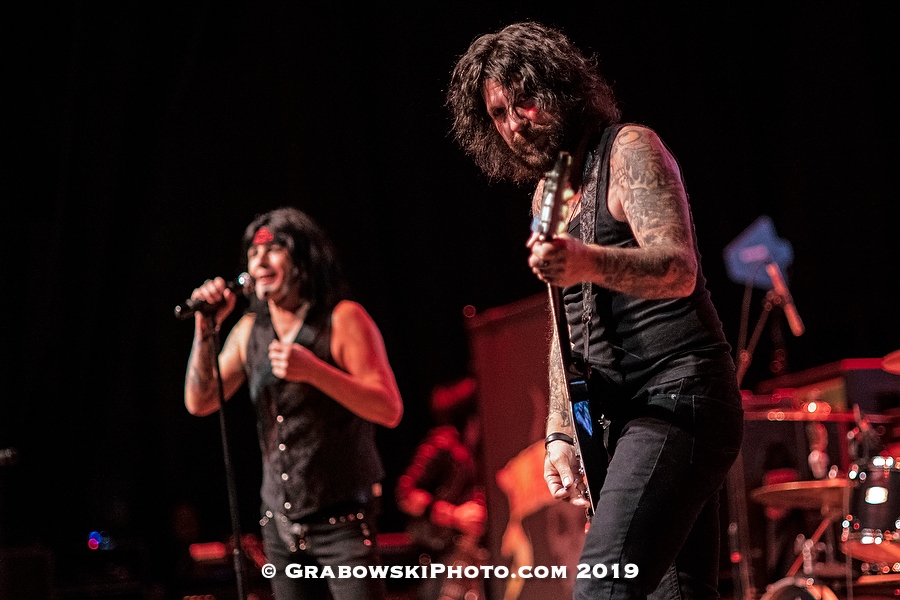 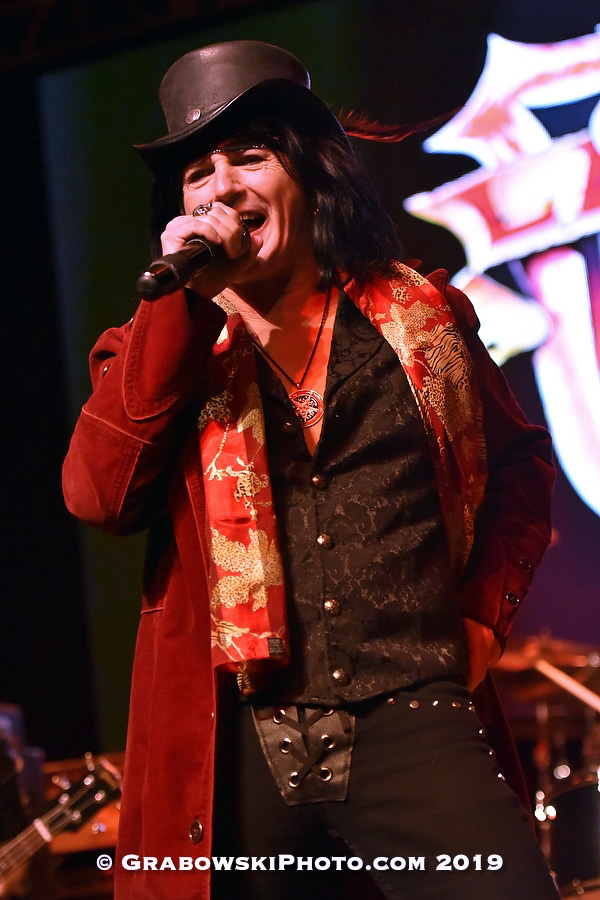 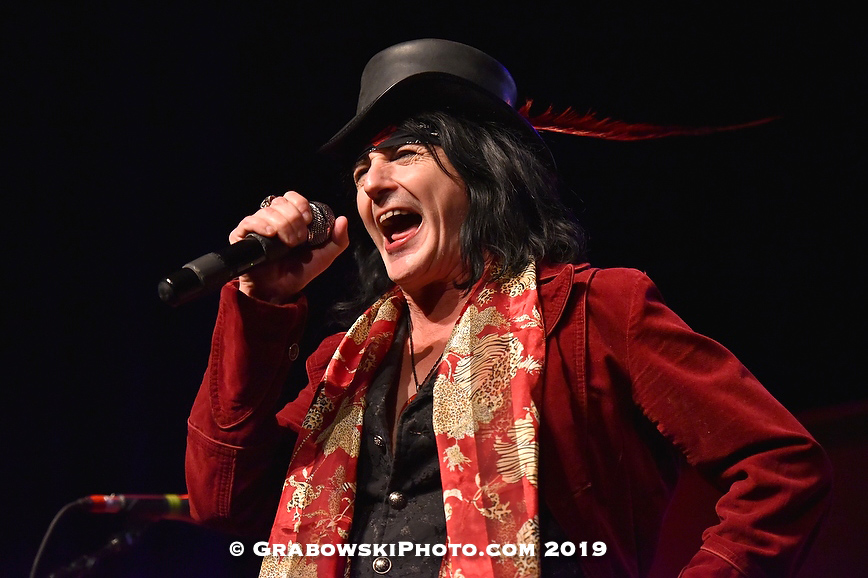 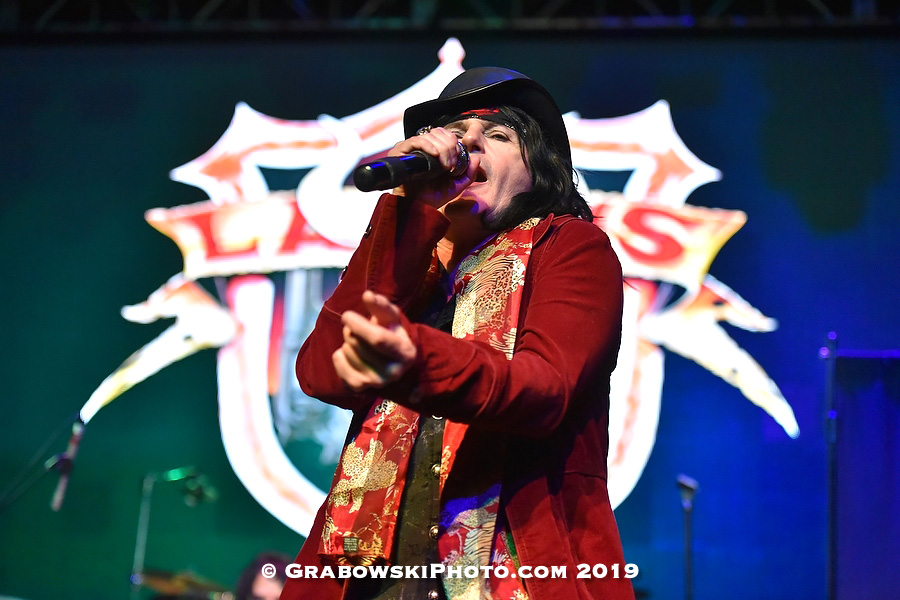 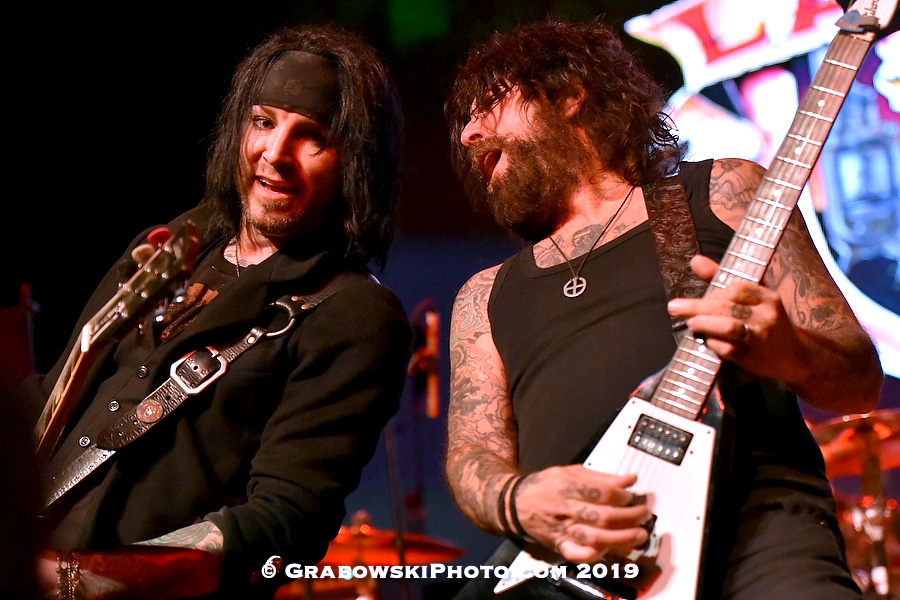 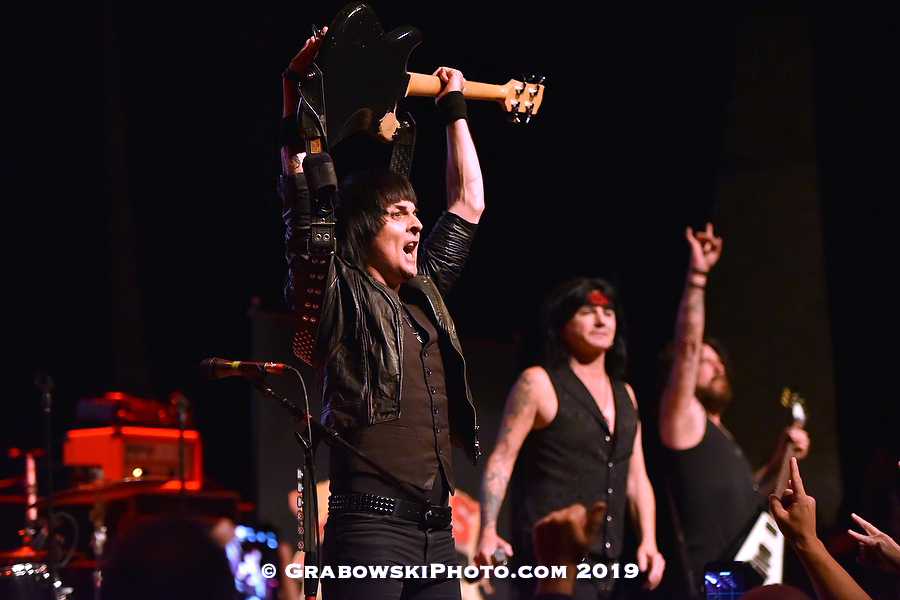 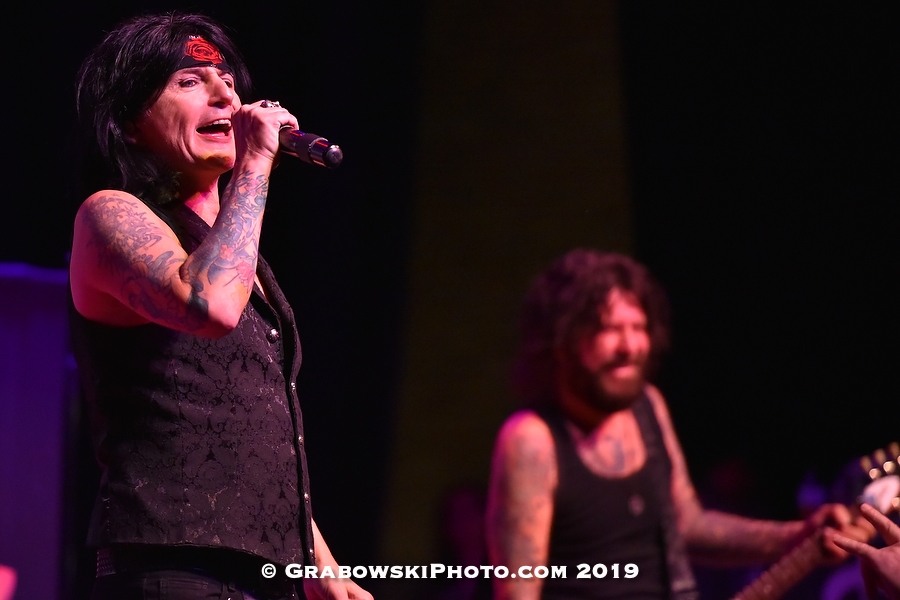 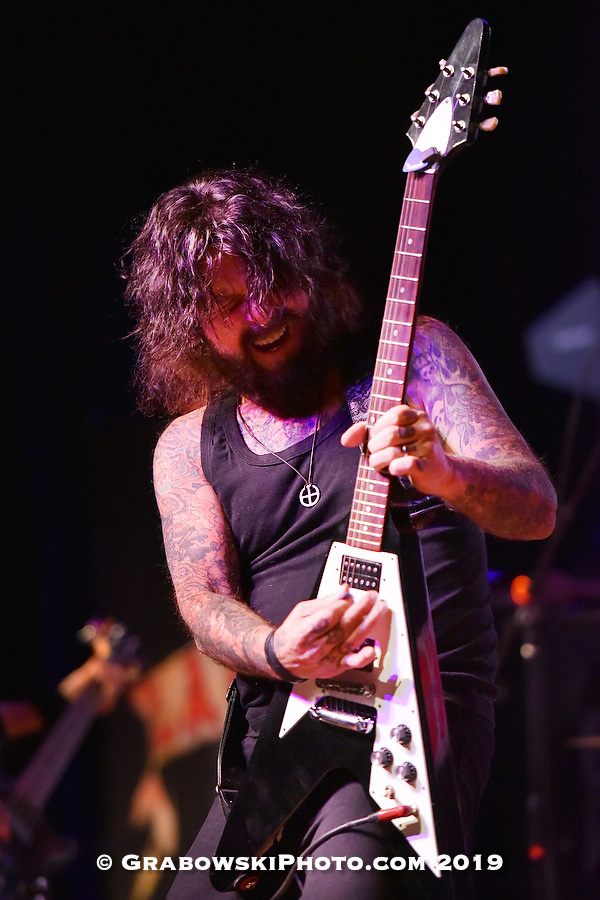 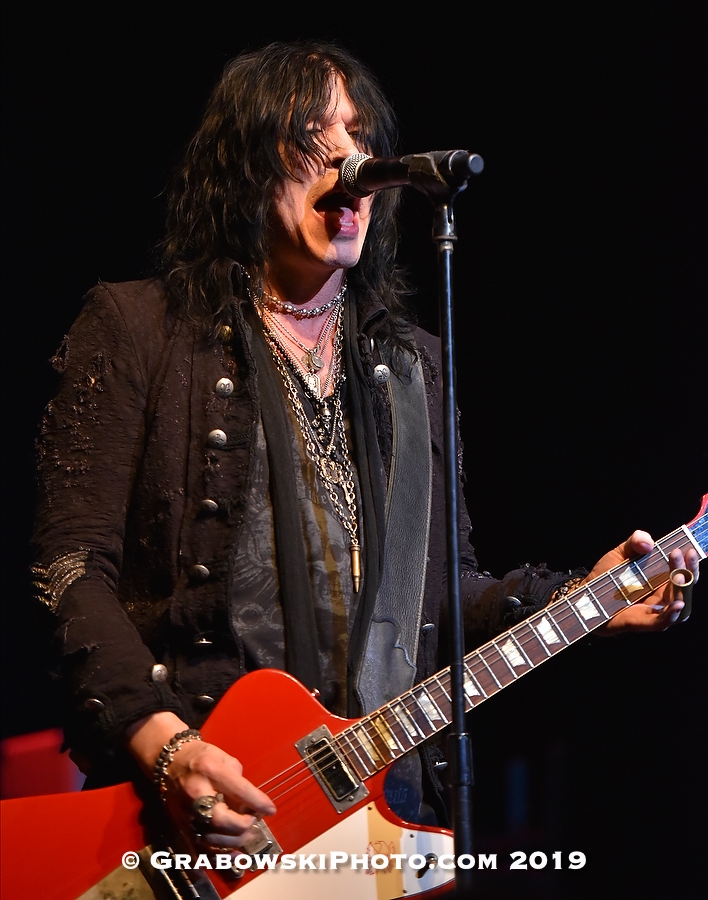 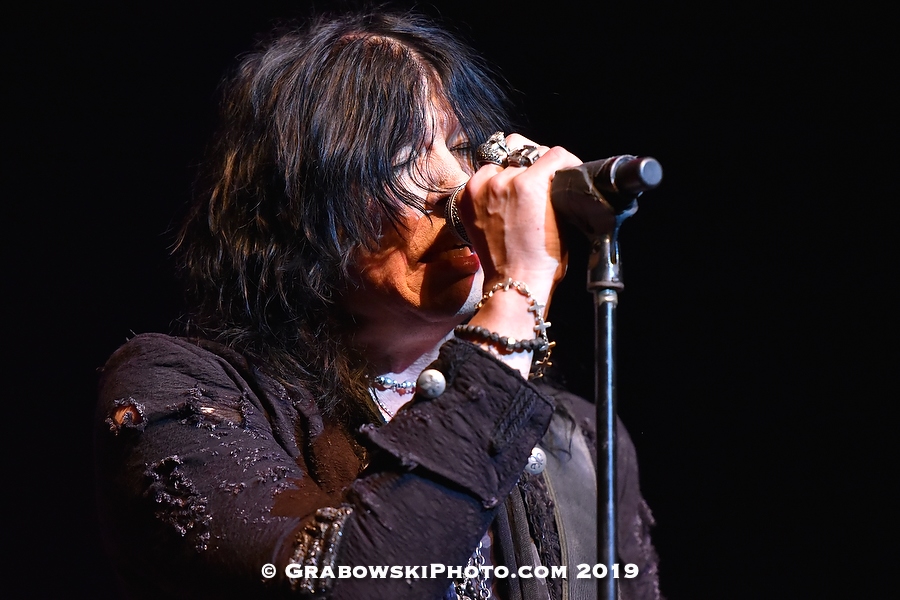 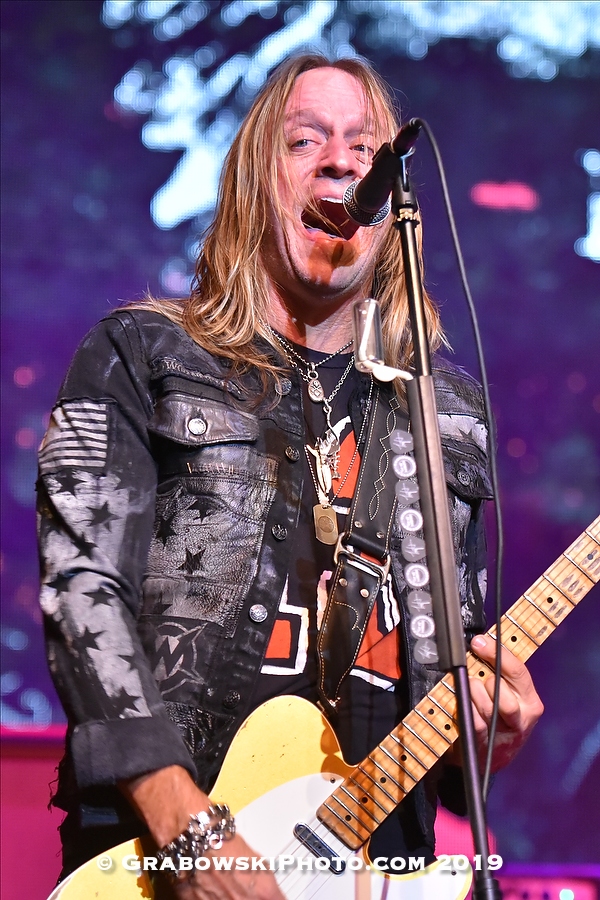 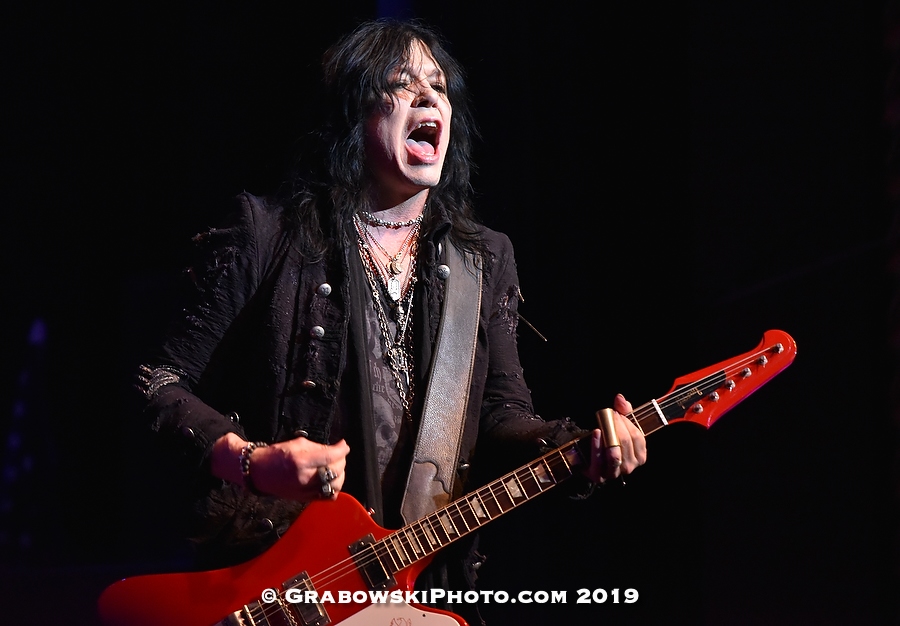 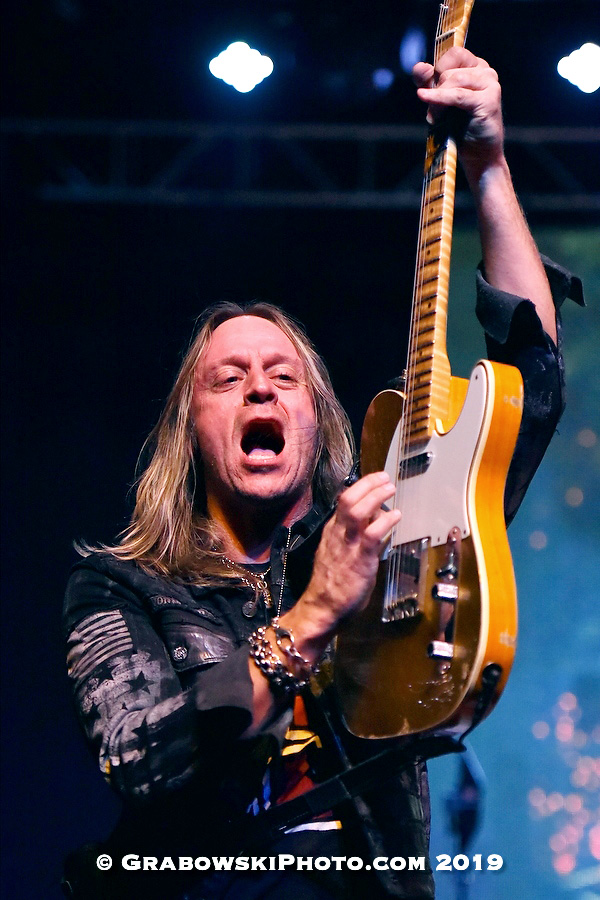 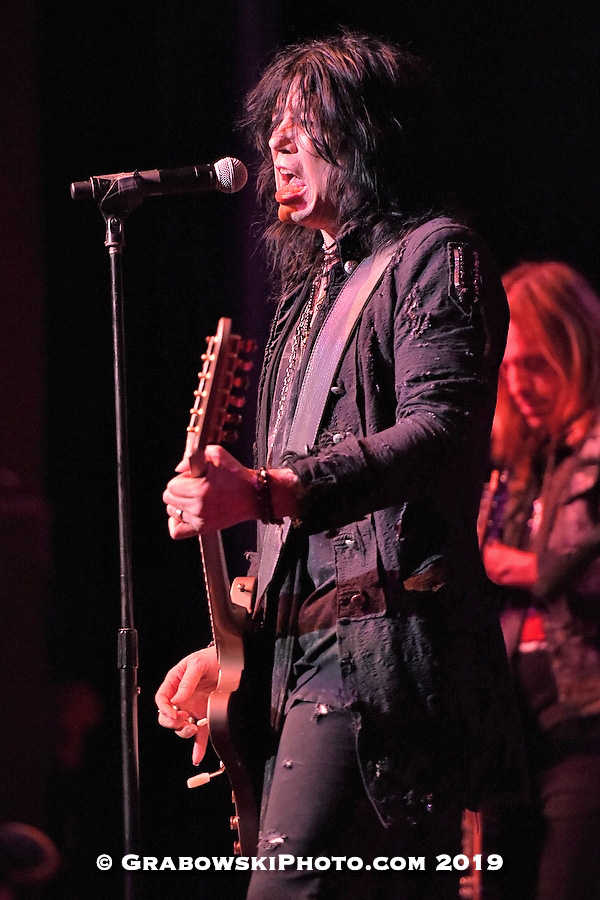 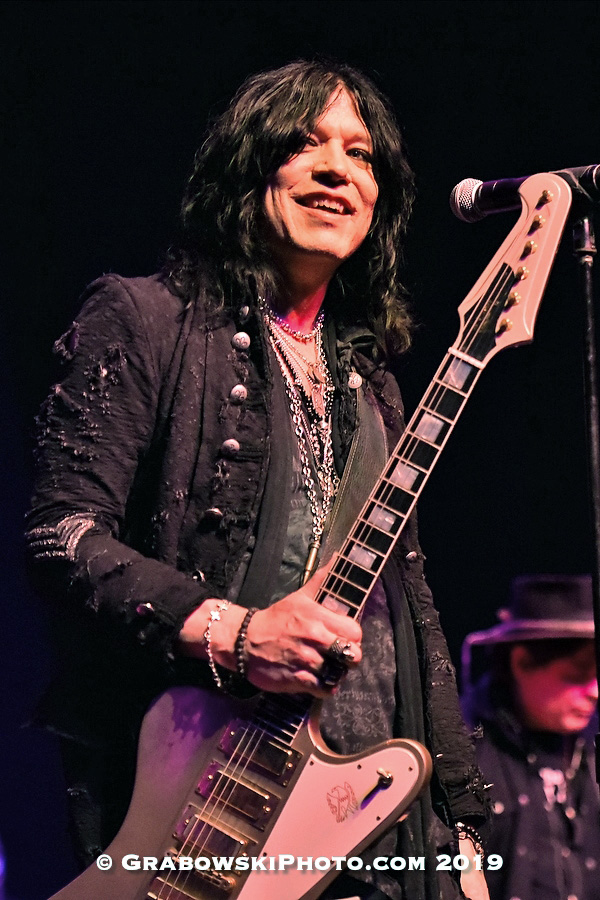 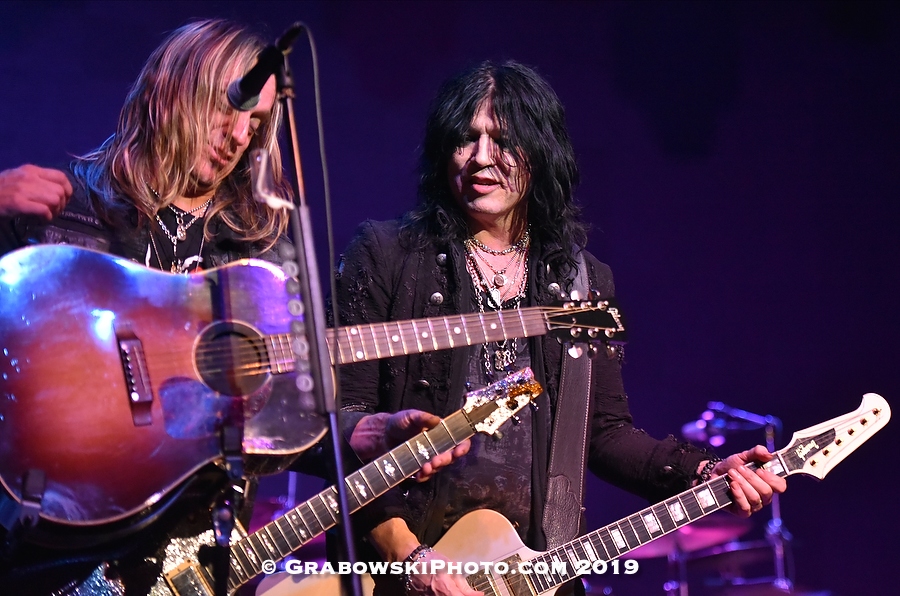 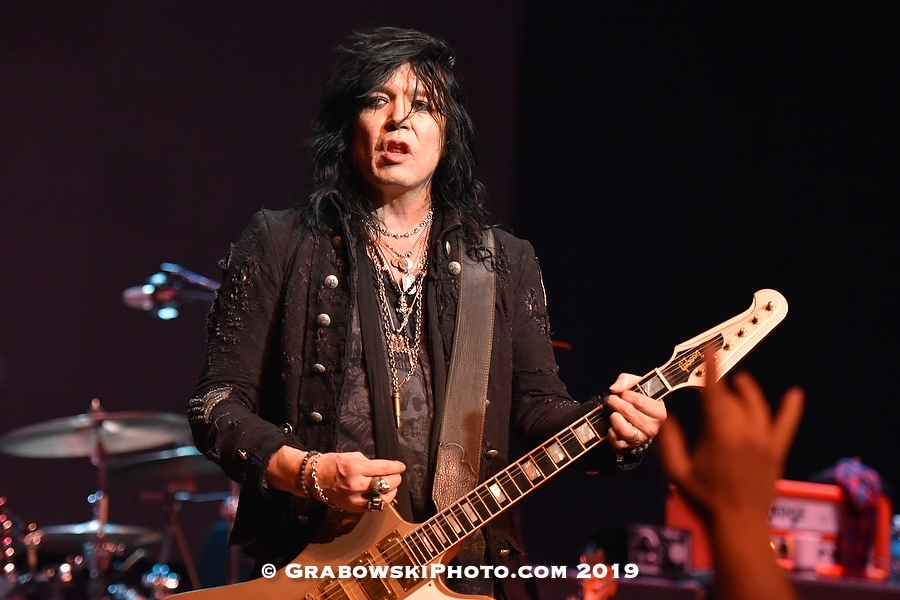