.
Rob Grabowski caught Live, Bush and Our Lady Peace In The Act during The Altimate Tour stop at the Hollywood Casino Amphitheatre on Sept. 6th in Tinley Park, Ill. Check out Rob's review and great photos!

Our Lady Peace kicked off the Altimate Tour and playing the emotionally charged vocals in "Innocent" to the thought provoking lyrics of "Clumsy", and the howls and coos of the radio friendly hit "Superman's Dead," Our Lady Peace was admirable in the early time slot that had concertgoers rushing to their seats to catch the incredibly cool vocal stylings of lead singer, Raine Maida.

Live was next up on the bill and "All Over You," "The Dolphin's Cry" and "I, Alone" are still as poignant and emotionally driven as ever. With an R.E.M. cover "Losing My Religion" and the Rolling Stones "Paint It Black" the crowd was chomping at the bit for Live's biggest hit "Lightning Crashes". Ed Kowalczyk's voice is a strong as ever and the band was incredibly pristine with every note they plucked.

The crowd was eager with anticipation as Bush emerged to the stage opening up with "Machinehead," Gavin Rossdale's reckless abandon was apparent with every energized movement on stage and off, as he even made his way through the crowd during the hit, "Little Things". "Everything Zen" and "The Chemicals Between Us" were extremely well received and when Gavin and only his guitar began the intro to "Glyercine", he lead the crowd in a sing along which had every audience member feeling like they were the newest members in the band. The song that defines not only the sound of, but the entire alternative generation from the 90's "Comedown", closed out an incredible night of music with a trip down memory lane for a crowd that couldn't have asked for more. Gavin is still full of emotion and enthusiasm like he has something to prove. He works incredibly hard making sure everyone is on the same trip with him. While Bush songs remain a staple from the glory days of the '90's, even more recent numbers like "Bullet Holes" from the John Wick 3 movie, are becoming new ear candy to compliment such a time spanning catalog. Hearing Bush perform these classic songs live, they sound just as fresh and relevant as they did the first time you heard them on the radio. 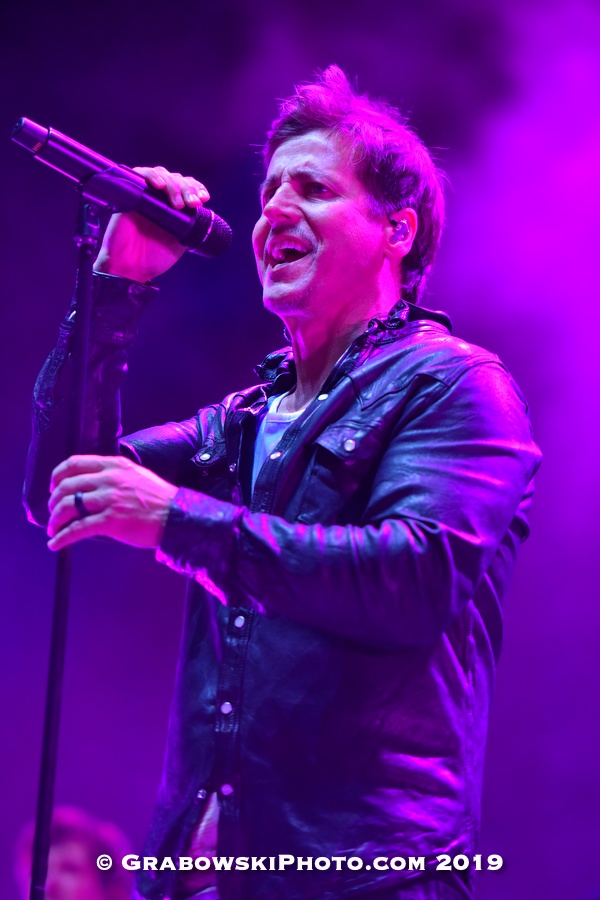 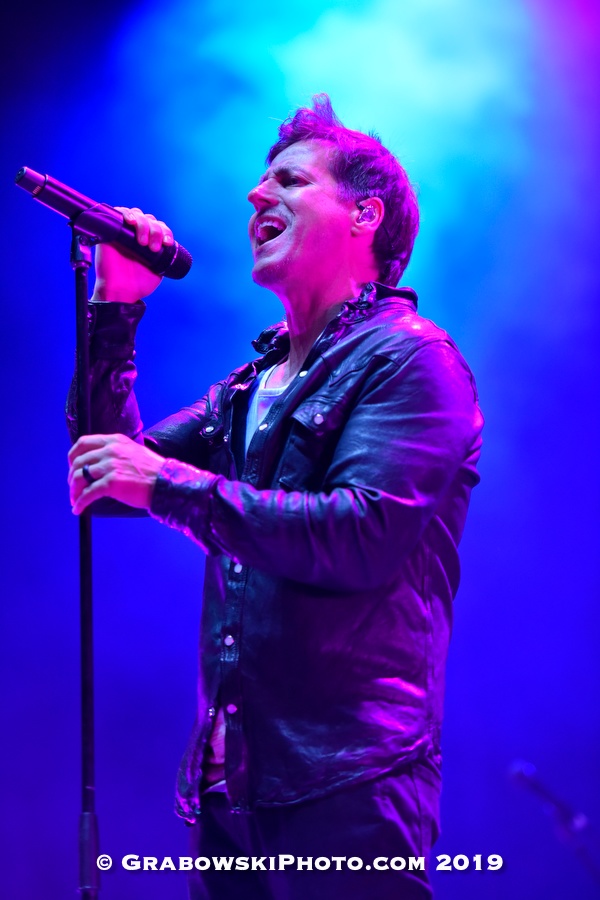 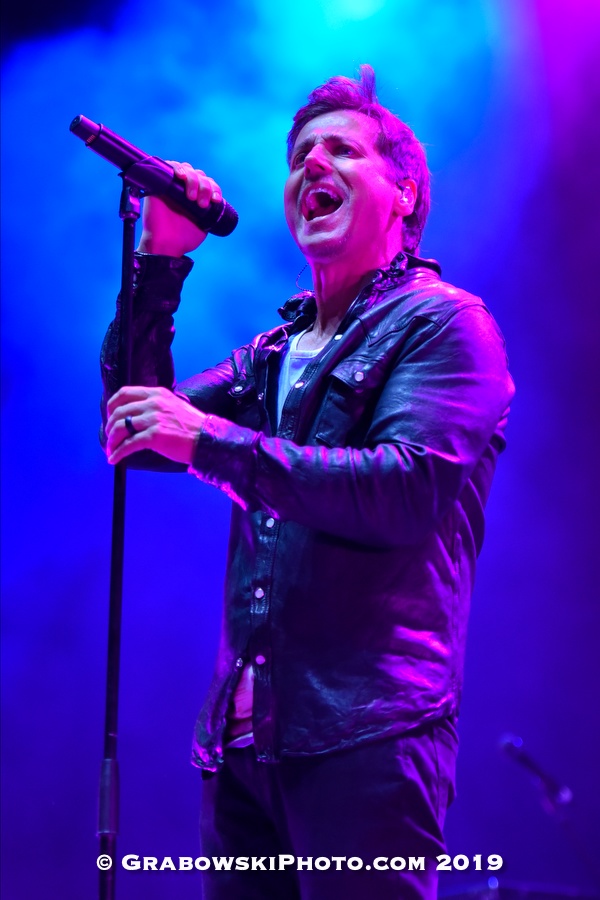 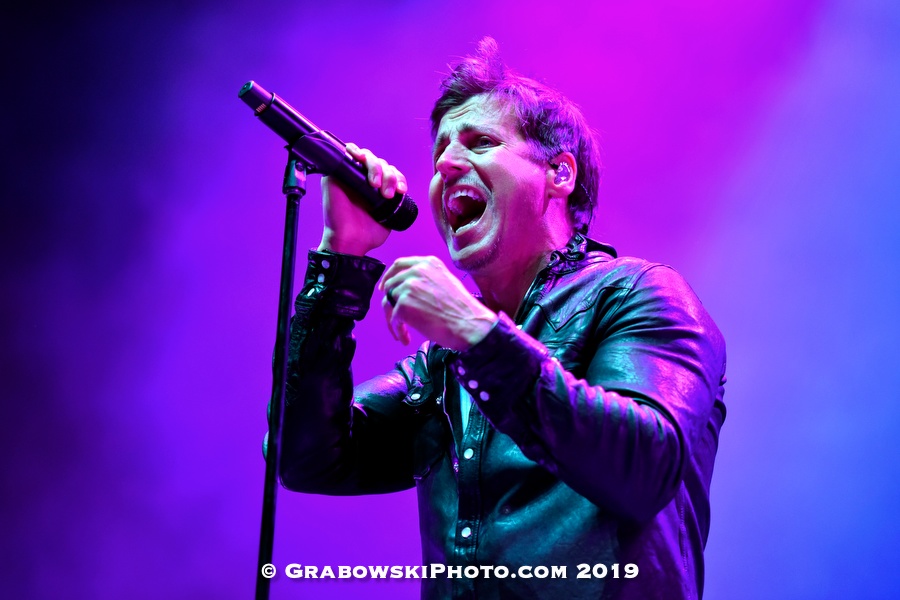 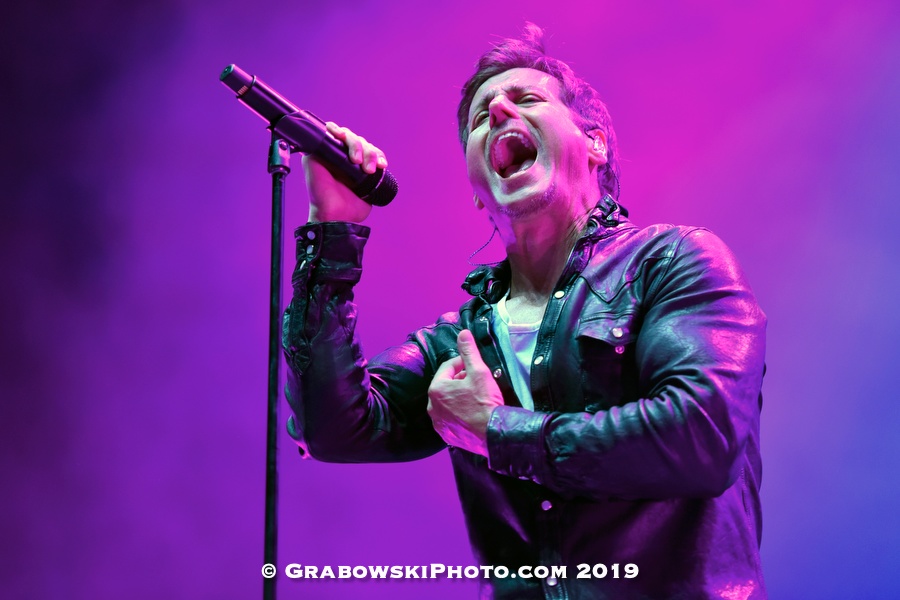 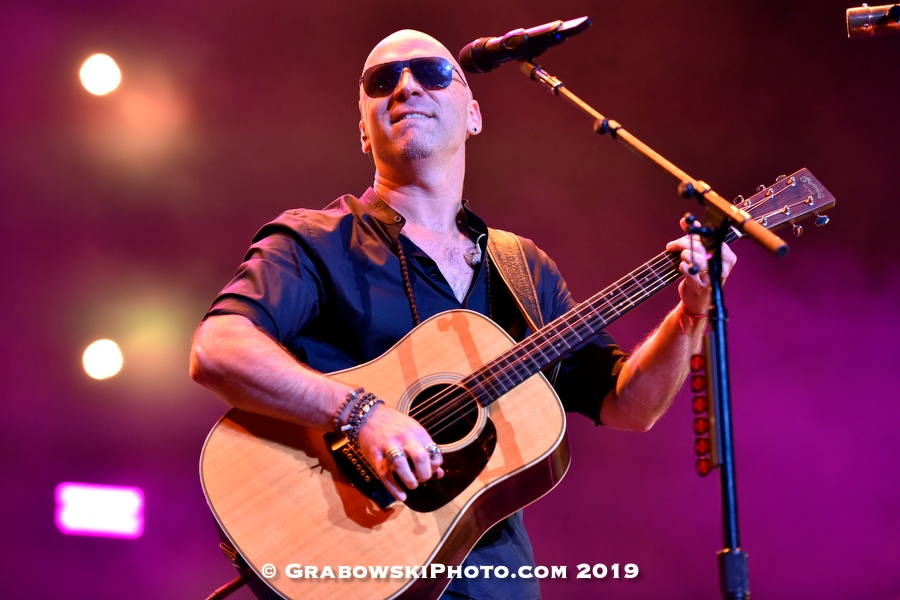 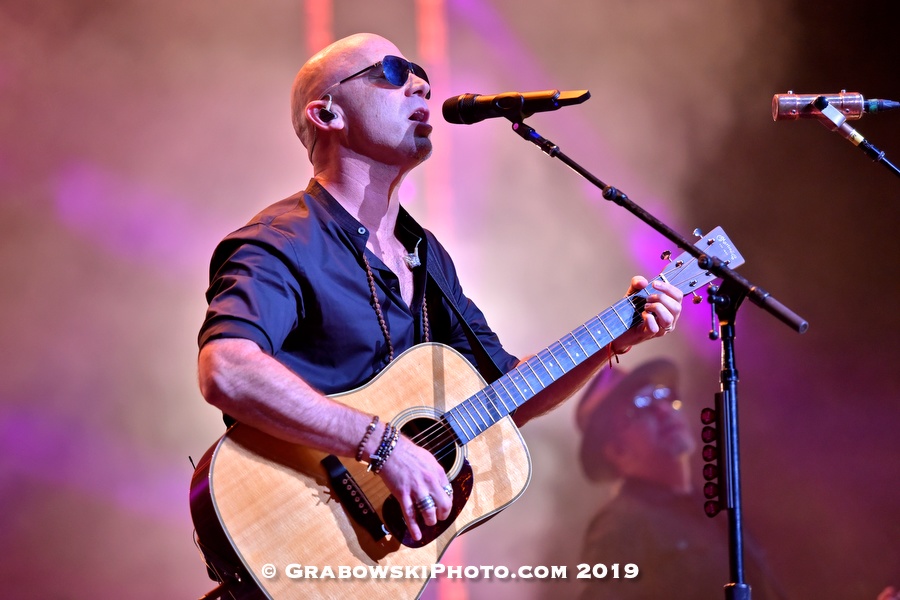 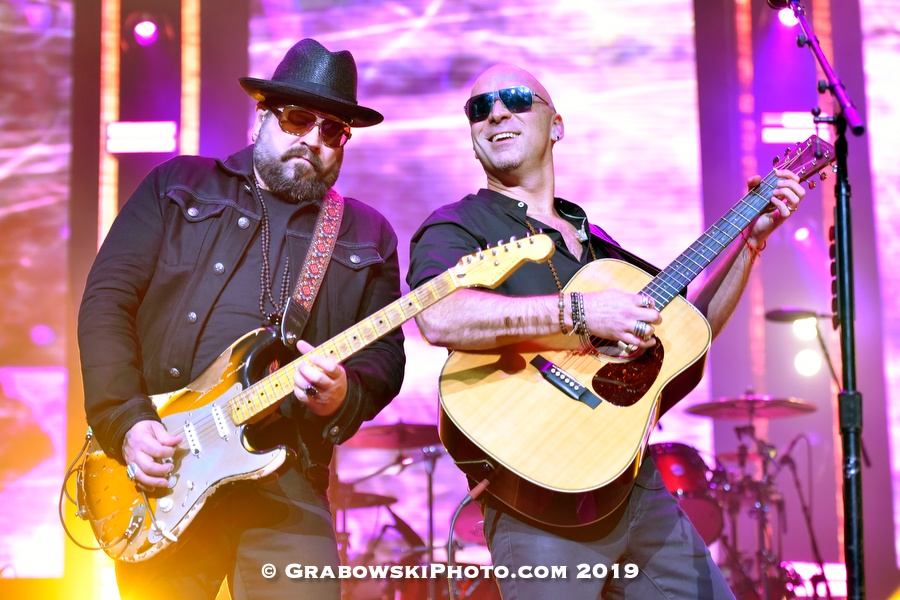 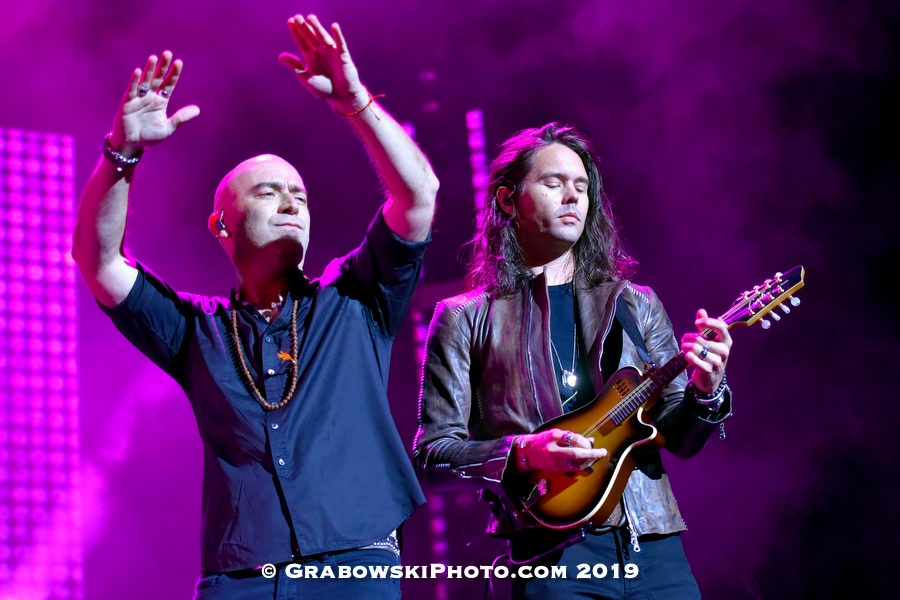 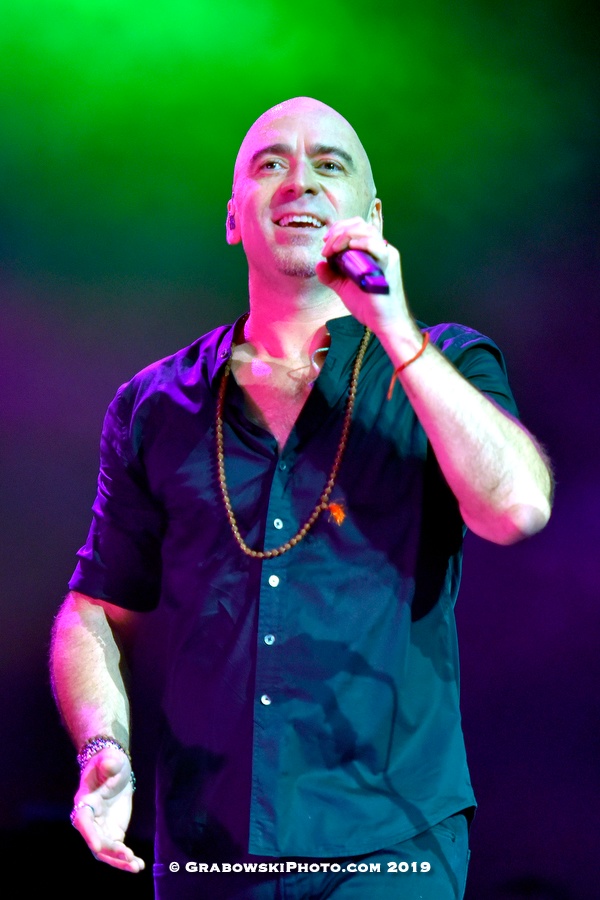 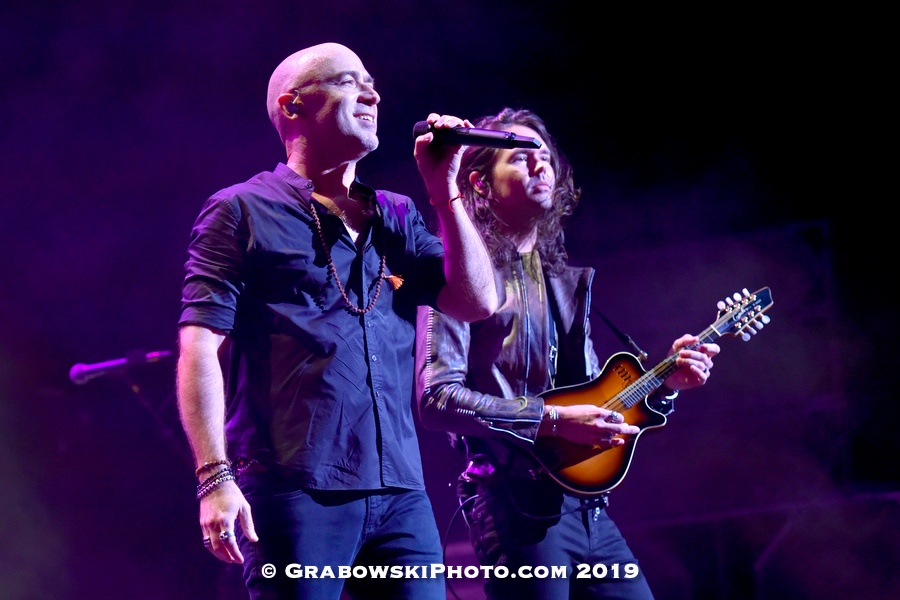 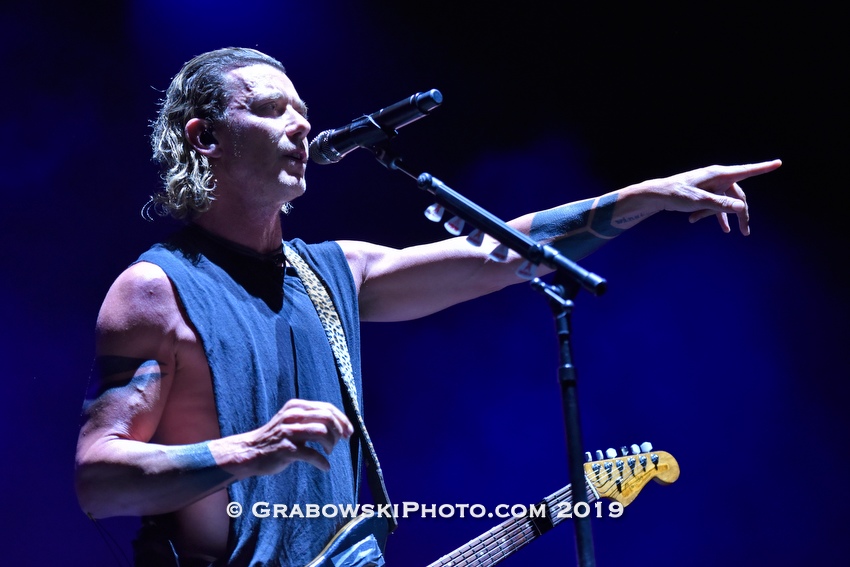 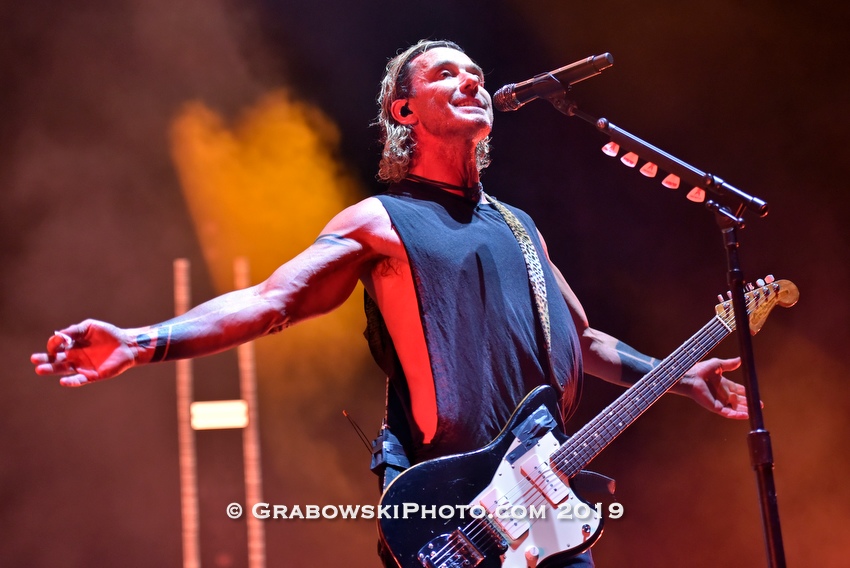 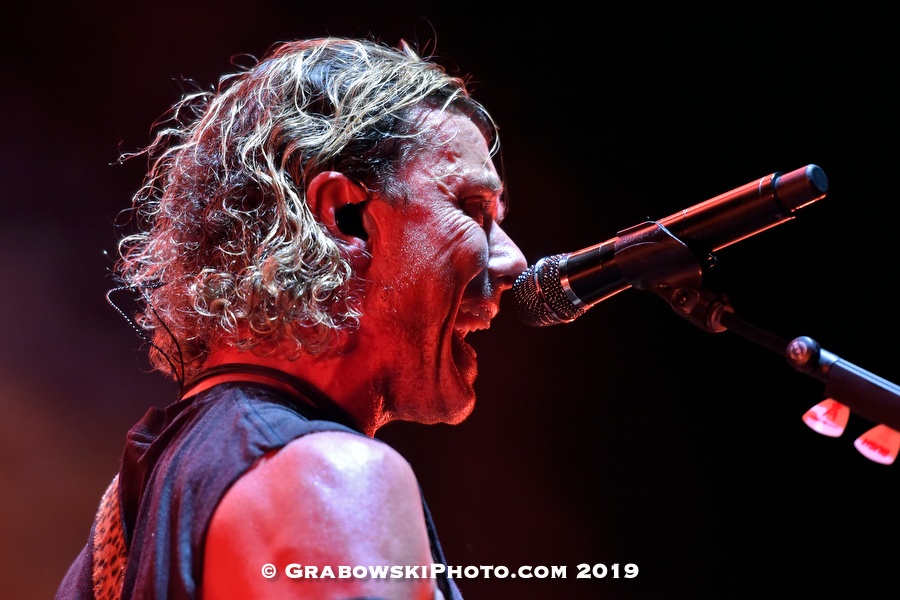 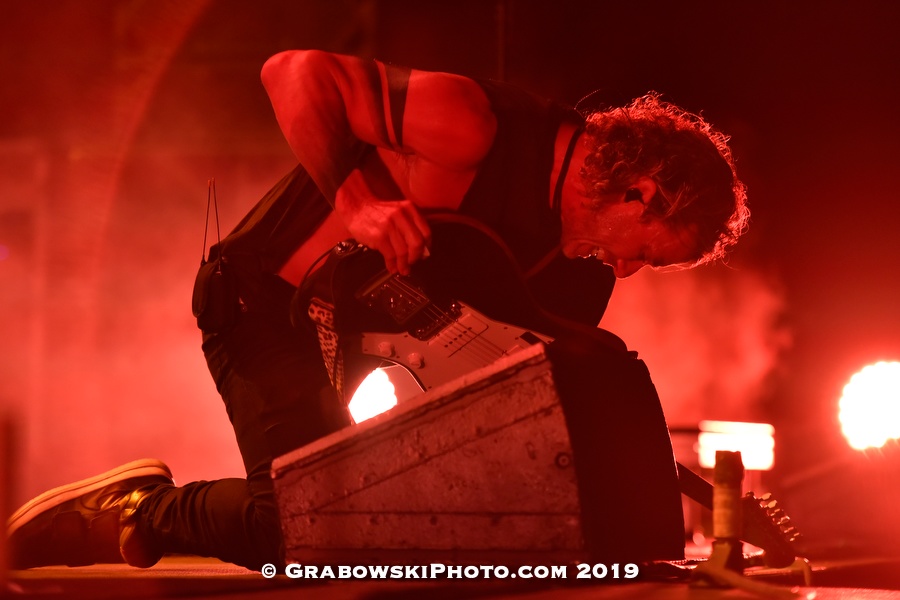 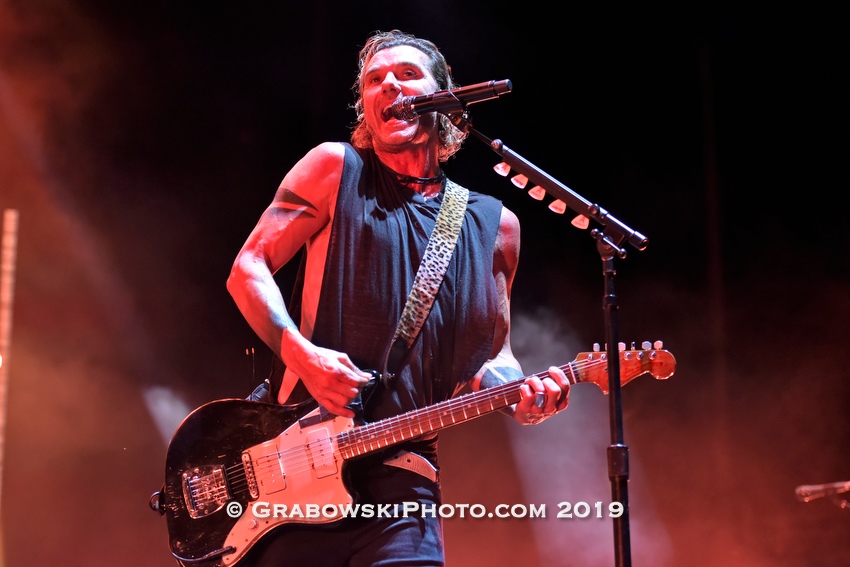 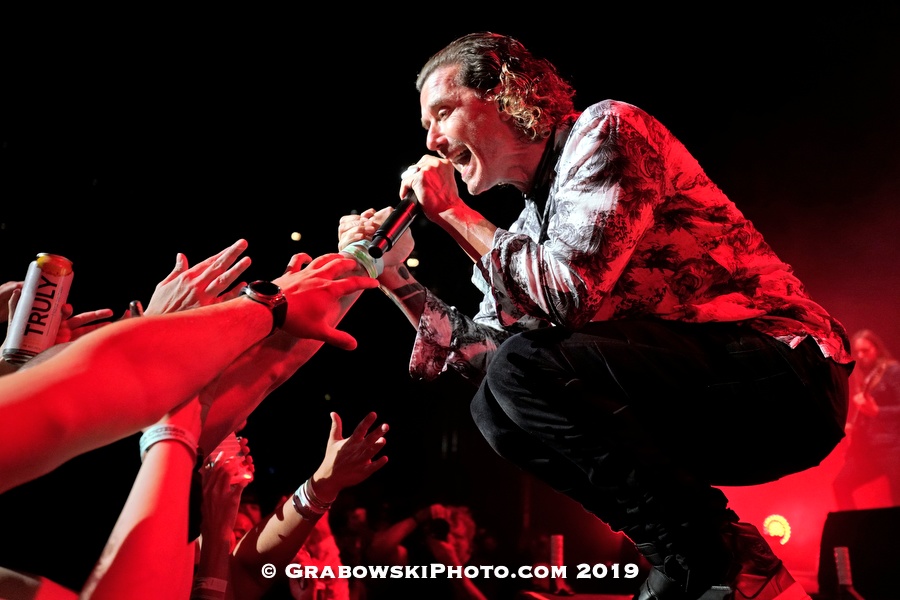 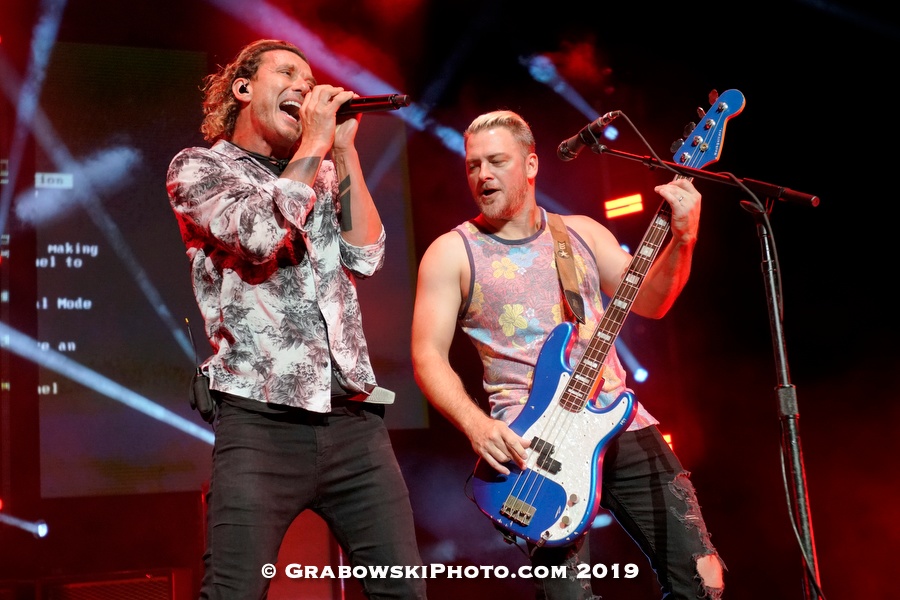 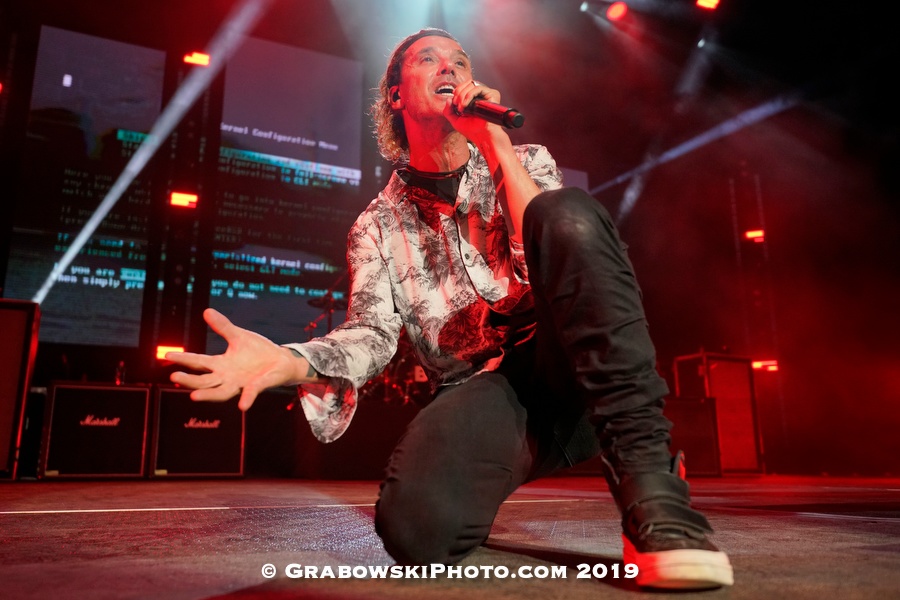 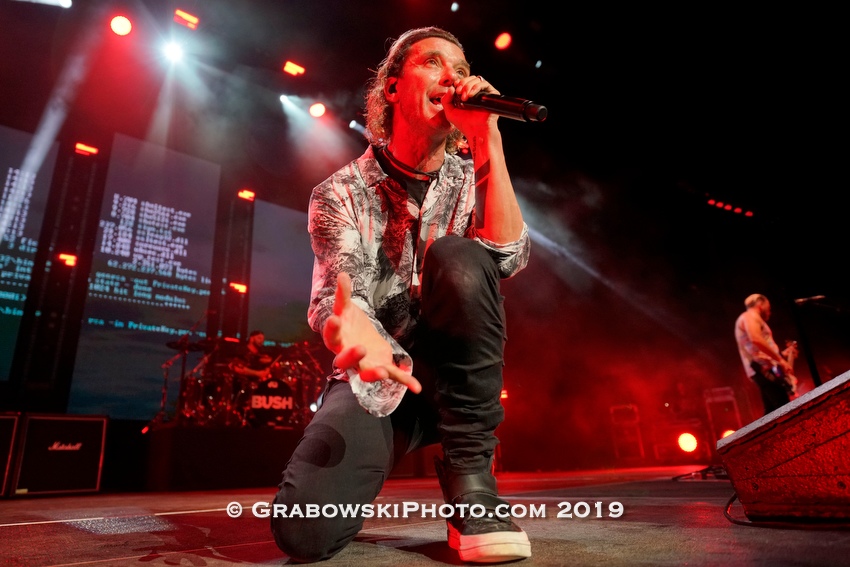 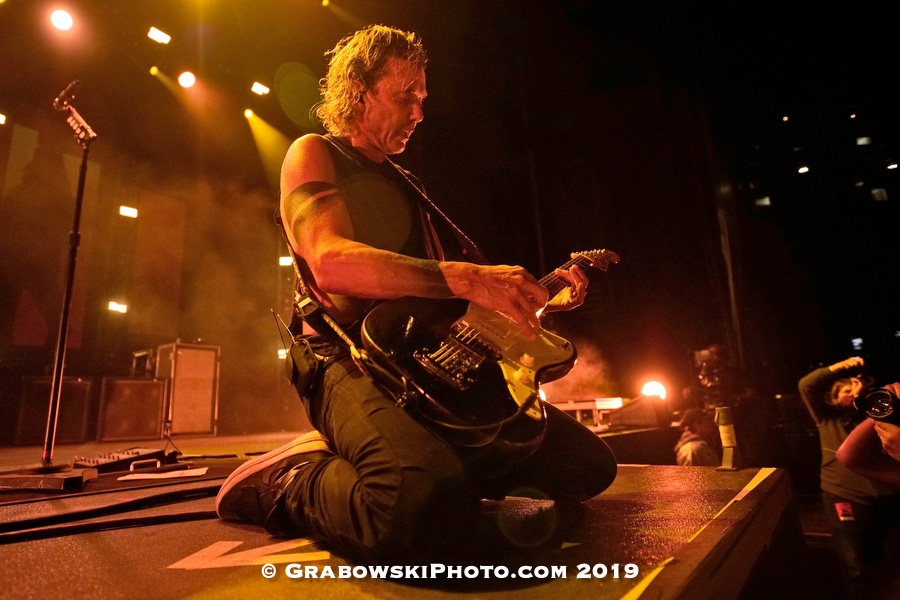 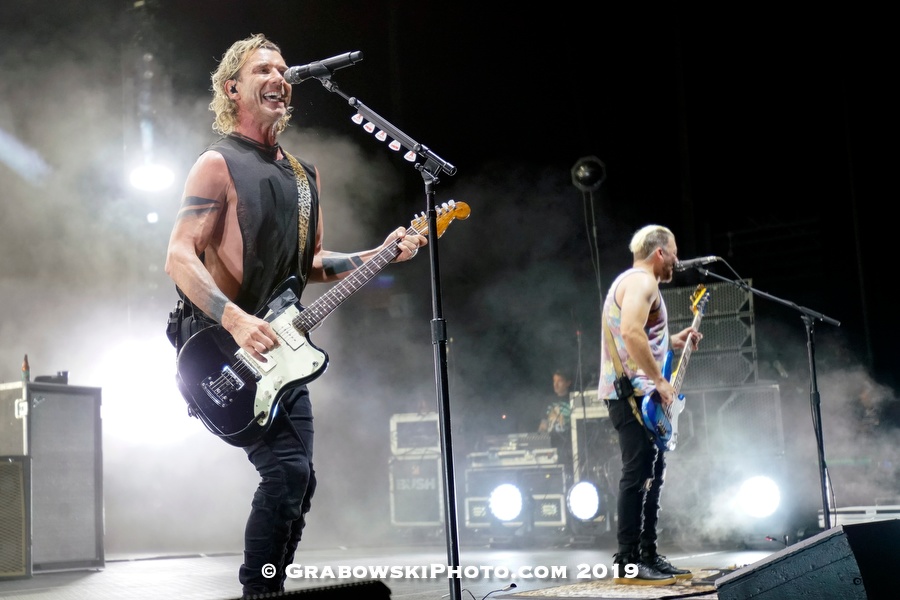 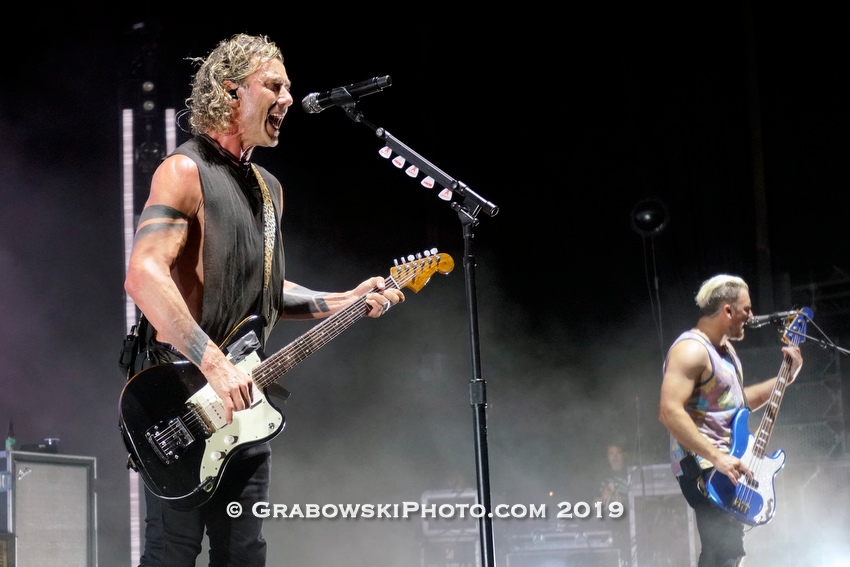 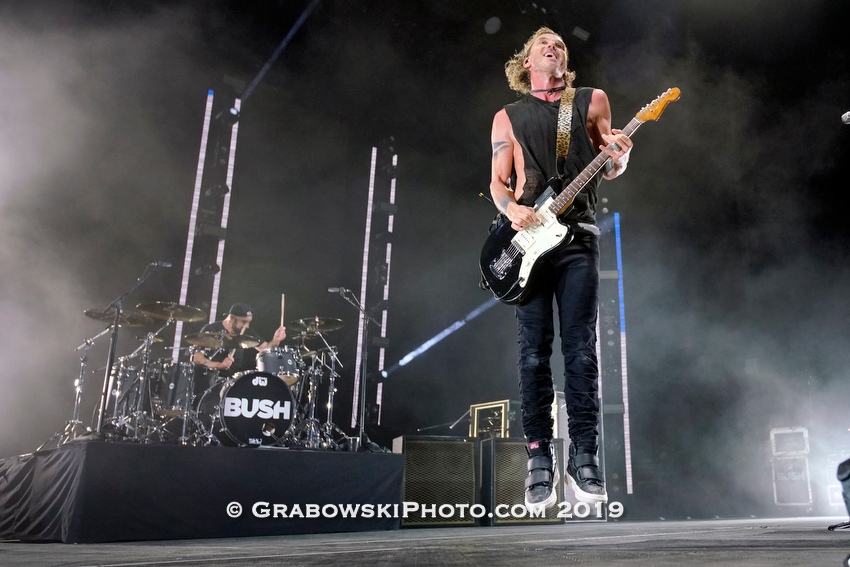