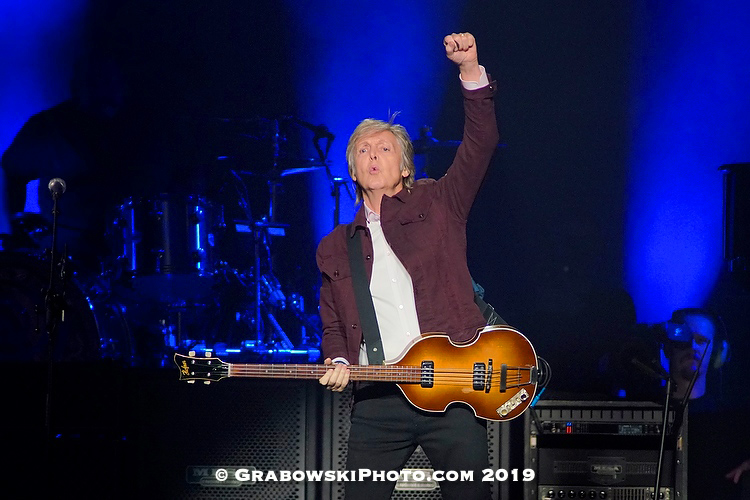 I'm happy to take you on a snapshot through an incredible evening of music with a few of my words and thoughts as well as a photos as I Caught the legendary Sir Paul McCartney In The Act at the Kohl Center - Madison, WI. June 6, 2019 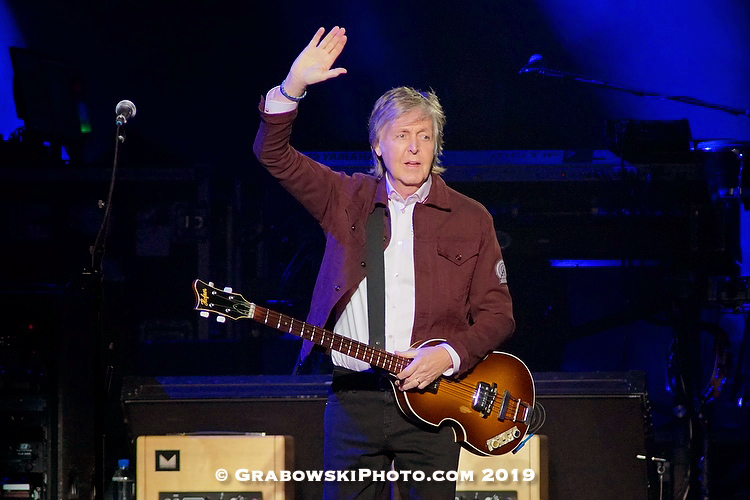 Paul McCartney swaggered onto the stage for his 'Freshen Up' tour in front of a packed Kohl Center with his iconic Hofner bass in tow on Thursday night delivering an unforgettable performance just shy of three-hours. 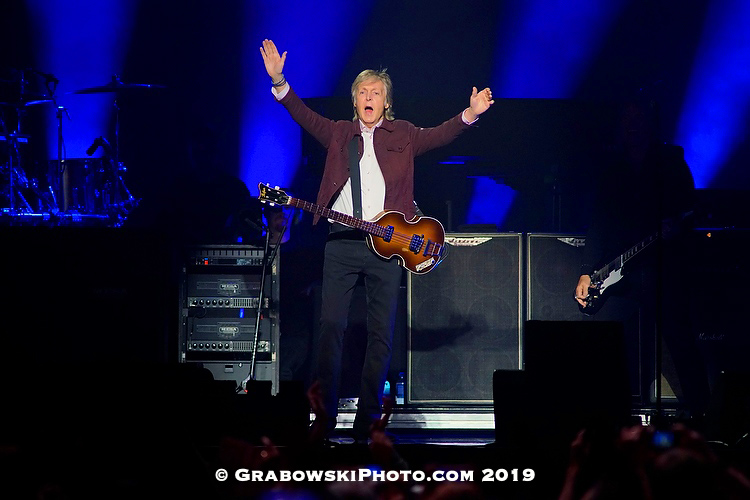 McCartney and his band extraordinaire, featuring guitarists Rusty Anderson & Brian Ray, keyboardist Paul "Wix" Wickens, and drummer Abe Laboriel Jr. balanced solo McCartney songs, including quite a few numbers from his current release, Egypt Station, as well as Wings hits from the '70's, and the adoring Wisconsin fans were bursting at the seams for their favorite songs from The Beatles' catalogue. 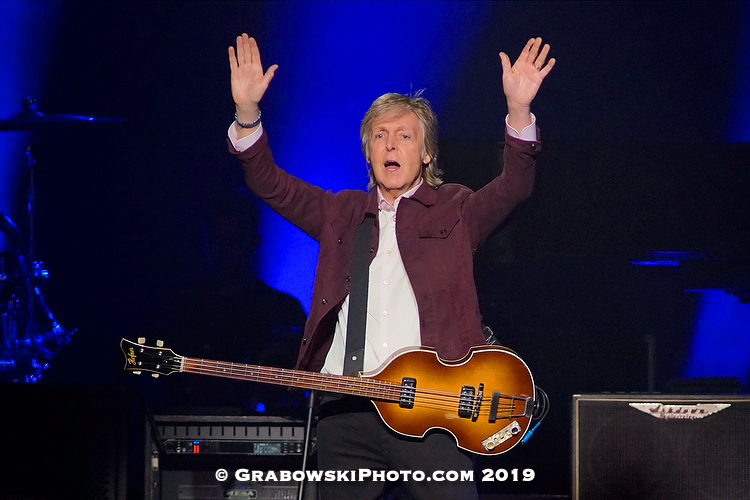 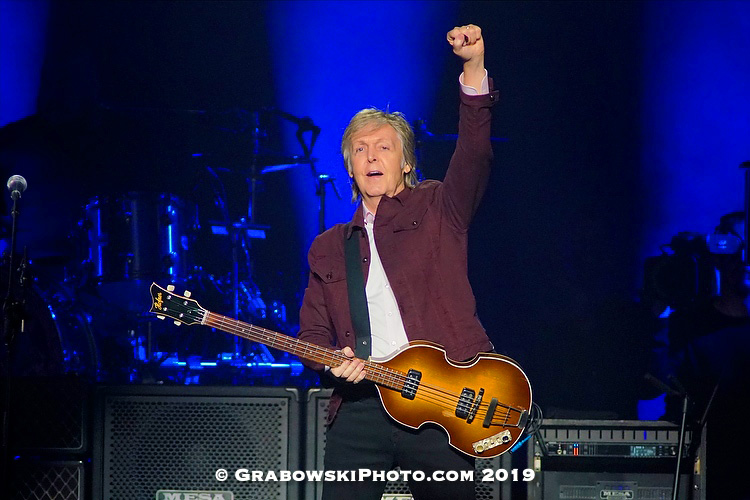 Some of the highlights include Paul diving right into "A Hard Day's Night" with excitement oozing from the crowd. A 3-piece horn section (saxophone, trumpet and slide trombone) that complimented so many songs with live instruments really showcases the attention to detail and perfection Paul demands. The emotions are always welling up as Paul belts out "Maybe I'm Amazed". It was quite surprising how well tracks off of his latest release Egypt Station were received and had the crowd singing along with these new ones as well as their favorites from years past. Watching Paul and his acoustic guitar during "I've Just Seen A Face" is truly mesmerizing and when he blows up the building with pyrotechnics during "Live and Let Die" is one of the most fantastic spectacles ever performed live. The amount of explosions rivals the best 4th of July fireworks displays and when Paul pays homage to the late George Harrison and plays "Something" it literally takes your breathe away. "Helter Skelter" arguably the first heavy metal song ever recorded, is visually stunning to see on the video boards, as well as the energy the band has performing it had the crowd physically spent, gasping for air and composure. 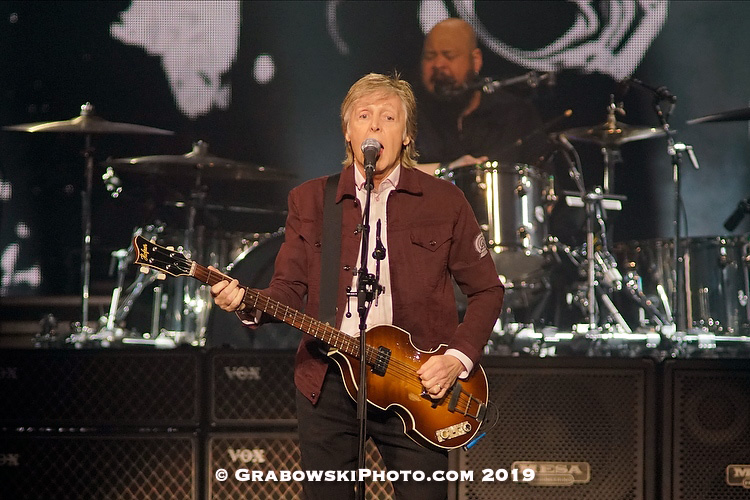 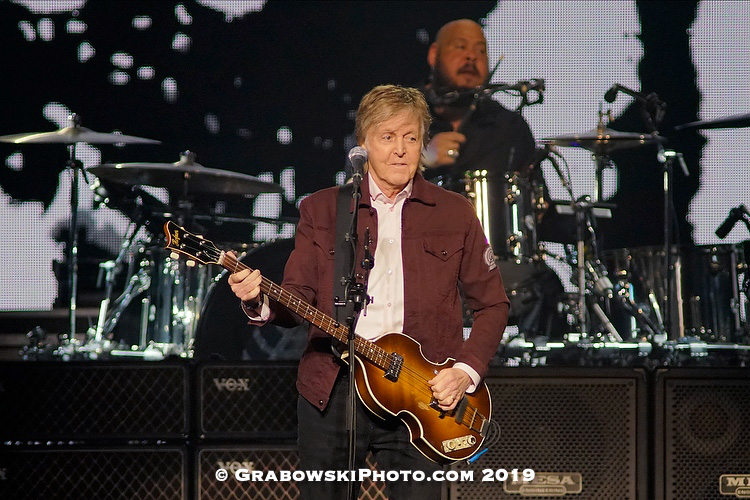 Paul and band do an excellent job of engaging with the crowd as he tells stories of working with Beatles producer George Martin, to telling stories about Jimi Hendrix and how he wrote "Blackbird" in 1968. The musical journey with quips and stories has a personal touch adding to the songs that are the fragments of our lives. 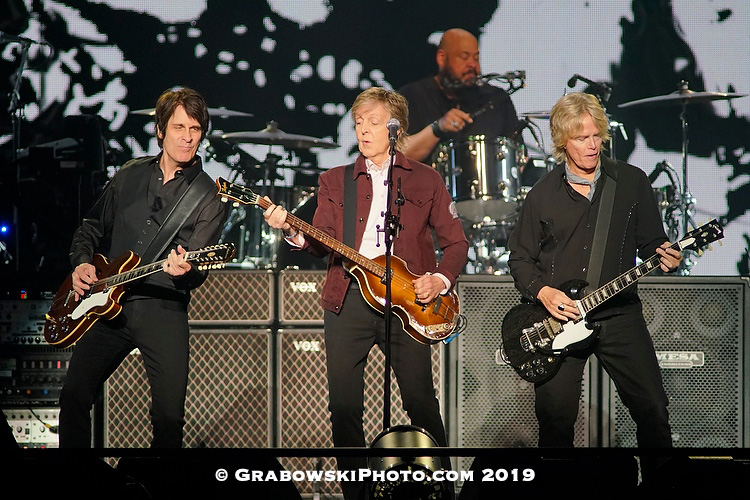 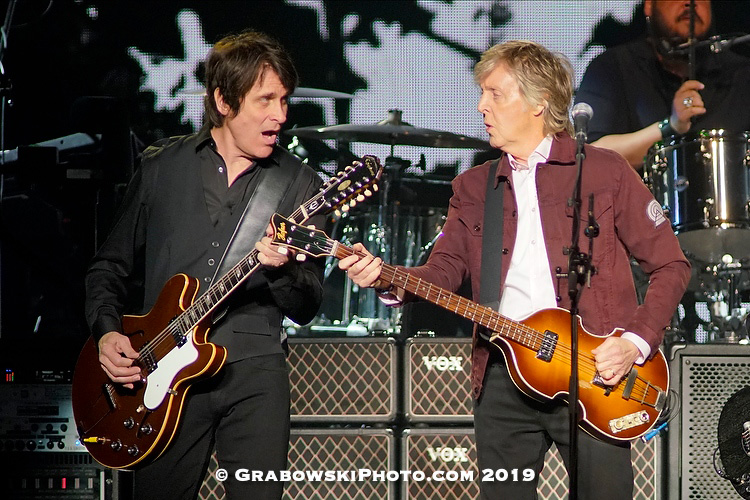 Honestly, what can be said about our modern day Mozart? We are fortunate to live in a time when we can still see one of the most influential musical artists and composers to grace this planet and still put out music that is relevant today while he performs with such vigor that would rival peers half his age. If you like music, you owe a big thank you to this man and his 3 other band mates from Liverpool. If it weren't for The Beatles, music today would have a different make up. The same is true about musicians that came before the Beatles but, how they molded and changed sounds with limited technology shows how trend setting they were and pioneers for today's generation. 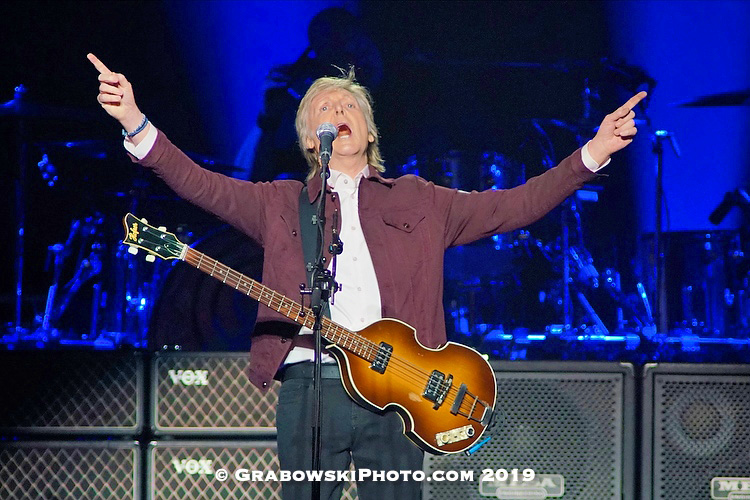 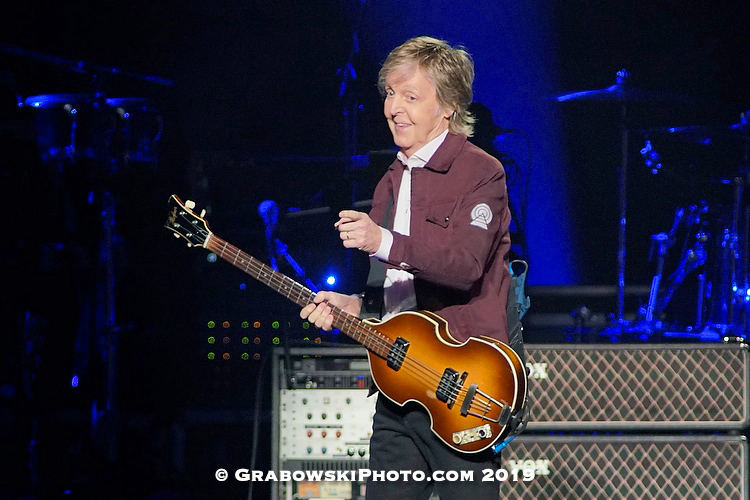 I strongly urge you catch Paul McCartney during his 'Freshen Up' tour because there is nothing stale here and by the looks on the faces of the thrilled audience as they exited the Kohl Center, expectations were certainly met and exceeded. 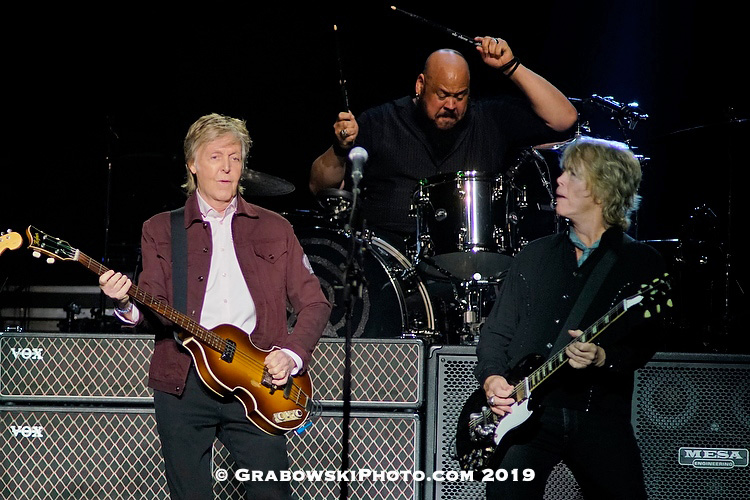