Ringo Starr and His All Starr Band Live 2019

.
School was in session as Ringo Starr and his All Starr Band graced the State Farm Center at the Illinois college campus in Champaign, Ill a few days before classes were due to start but, the former Beatle was certainly set on giving a lesson in music that would span generations. 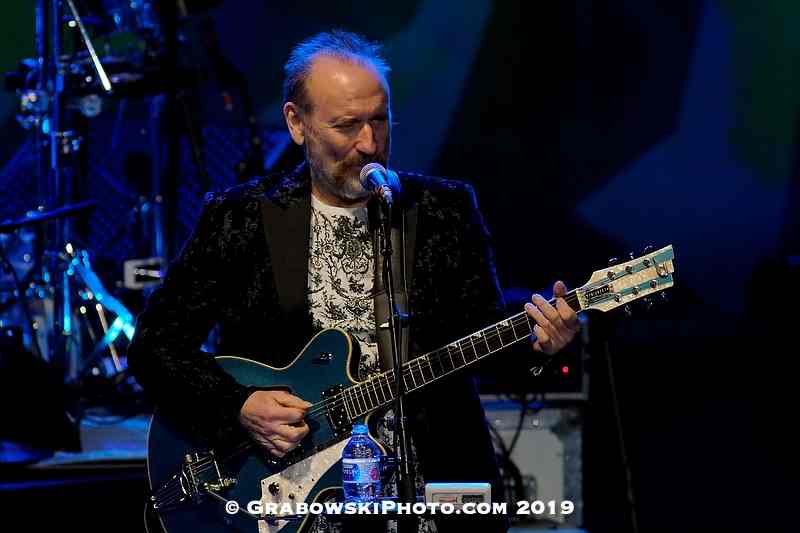 As Ringo Starr & His All-Starr Band kicked the evening off with Carl Perkins' "Matchbox" and "It Don't Come Easy" the crowd was chomping at the bit for a Beatles classic and Starr didn't disappoint as he went into "What Goes On." The legendary drummer was smiling from ear to ear as he worked the stage flashing his famous 'Peace' signs with his fingers to onlookers. This is the 30th anniversary of his first All Starr Band tour and his current lineup features guitarist Steve Lukather (Toto), keyboardist Gregg Rolie (Santana, Journey), drummer Gregg Bissonette (David Lee Roth), bassist Hamish Stuart (Average White Band), guitarist Colin Hay (Men at Work), and multi-instrumentalist Warren Ham (Kansas, Toto). Gregg Rolie's spotlight featured songs made famous during his time with 'Santana' including the classics "Evil Ways" which also featured Ringo doing the drumming, "Black Magic Woman/Gypsy Queen" and "Oye Como Va." The crowd went down a journey that started back in the late 70's as Lukather played 'Toto' hits "Rosanna," "Africa," and "Hold The Line." Hamish Stuart brought a few songs from his time with 'Average White Band' to the table led by "Pick Up The Pieces," "Cut The Cake," and "Work To Do." Colin Hay of 'Men At Work' delighted with their hits "Down Under," "Overkill," and raised the question to concertgoers "Who Can It Be Now?" 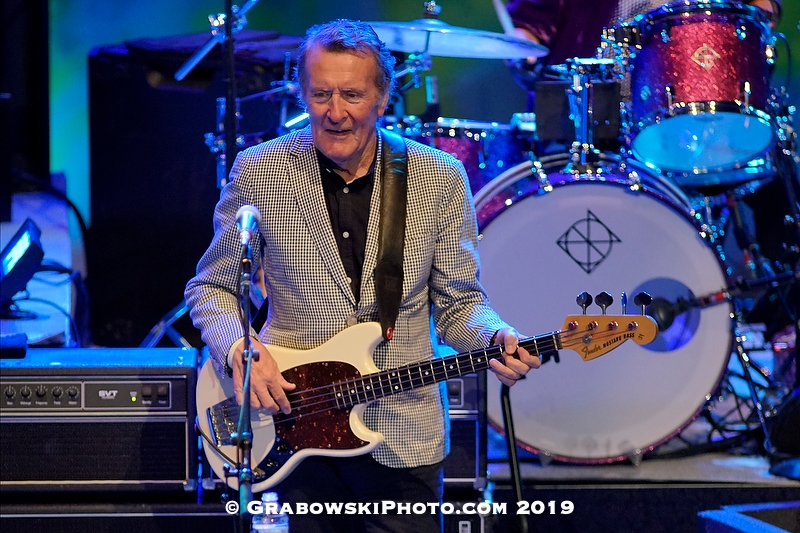 There was no doubt that the Illinois crowd was witnessing some of the finest musicians to ever grace a stage, with one of the most iconic figures in the past century as their ring leader. The chemistry between all members was spectacular with energy and enthusiasm, as if they were trying to impress an audience for the first time. While hits were abound by every member's respective back catalog, the crowd was eager with anticipation to hear Beatles classics and Ringo obliged with "Don't Pass Me By," "I Wanna Be Your Man," but the crowd was delighted when Mr. Starr asked Lukather to 'play any song, any song at all…' and he ripped into the Beatles famous intro for "Day Tripper" and while the crowd was exploding with excitement, Ringo grabbed Lukather's fretboard and said ' We're not doing that one!" Without missing a beat, they both went into the crowd favorite "Yellow Submarine." The sing along was just what the crowd needed. Of course rounding out the evening, "With A Little Help From My Friends" was certainly as fresh today as it was the day it came out, making it more monumental was how everyone paid homage to another member of The Beatles, John Lennon, as they closed the evening out with a snippet of "Give Peace A Chance." This was definitely a show that won't be forgotten anytime soon and had the audience looking forward to the next time they can see these living legends again. While Illinois' Champaign may have a different spelling, Ringo and His All Starrs were certainly the toast of the town. 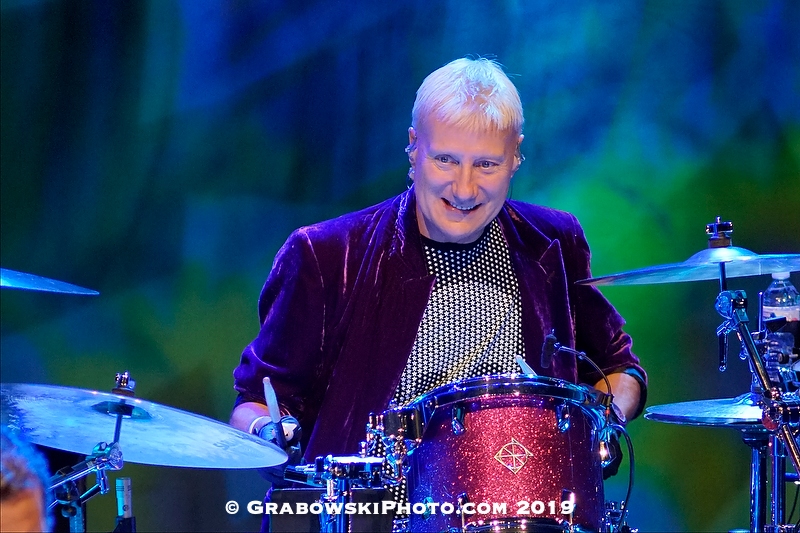 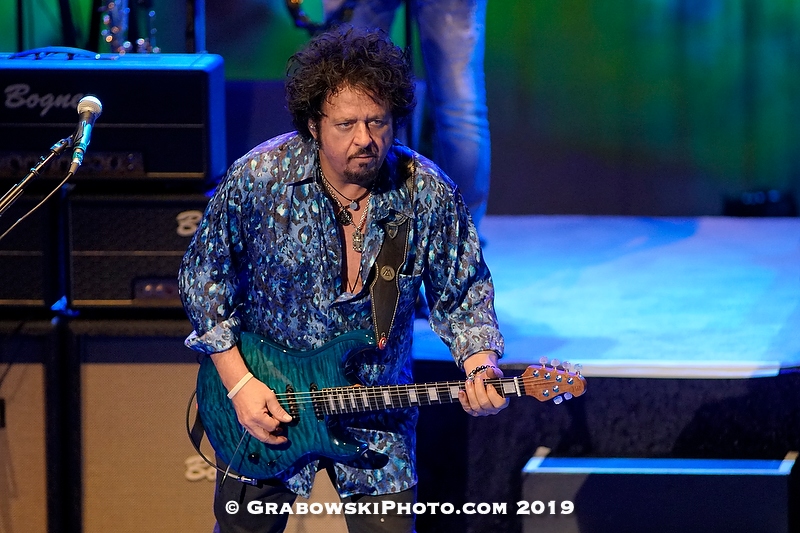 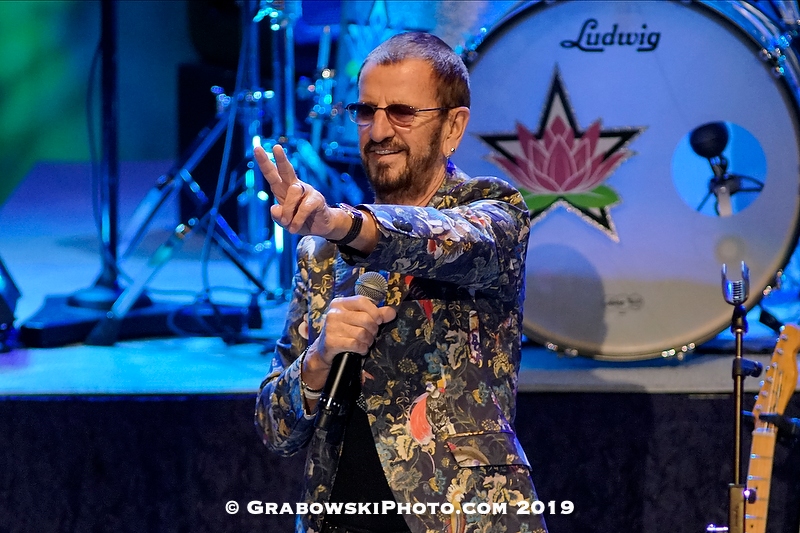 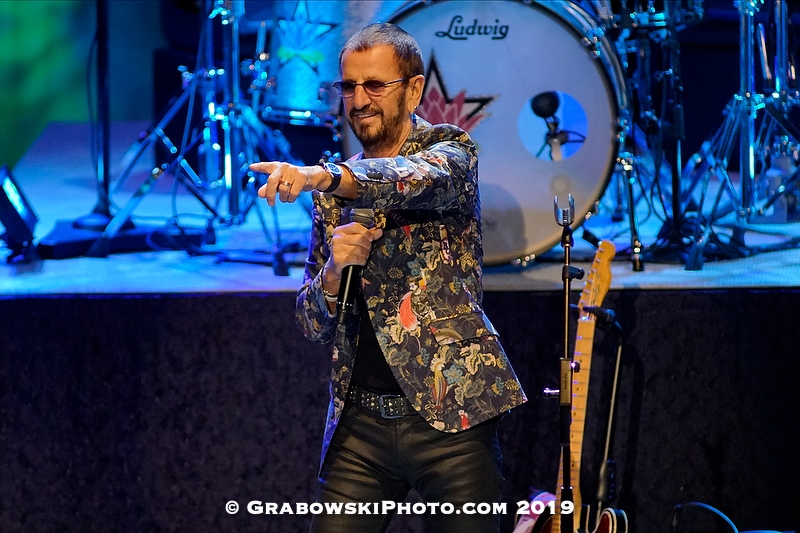 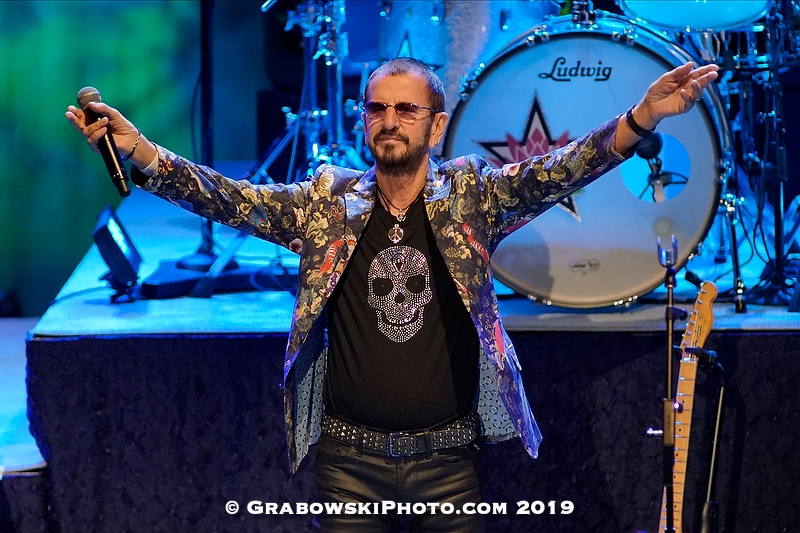 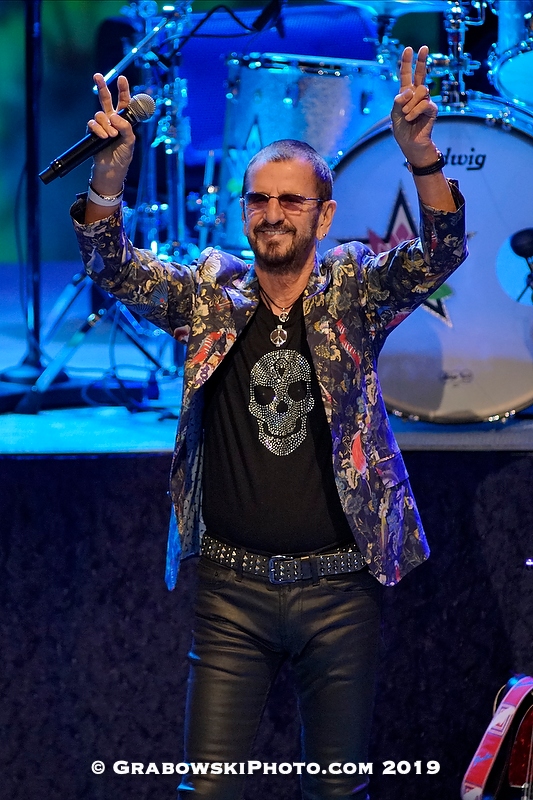 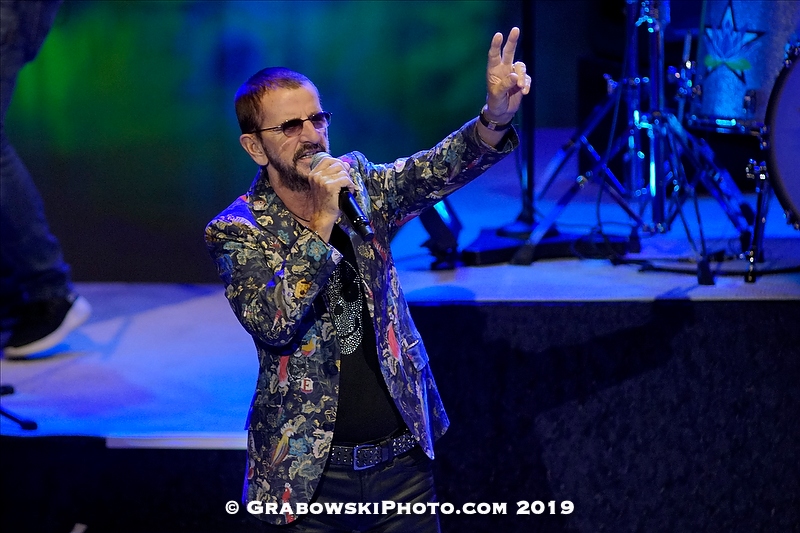 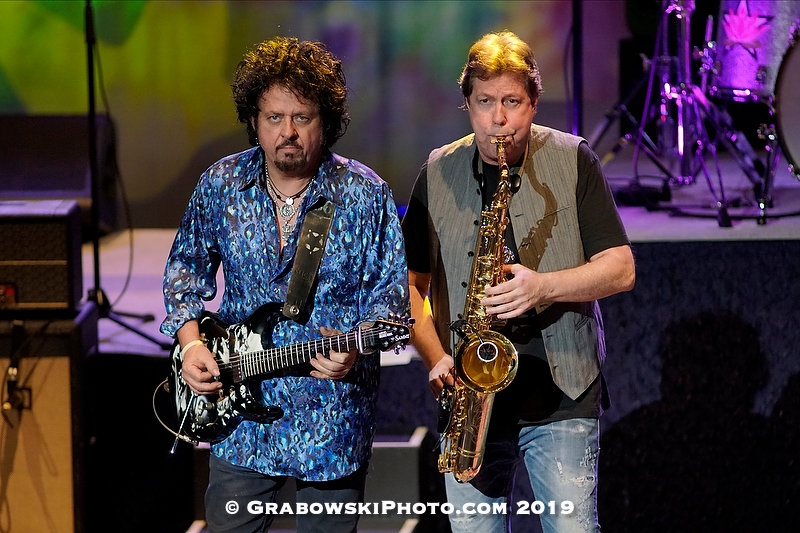 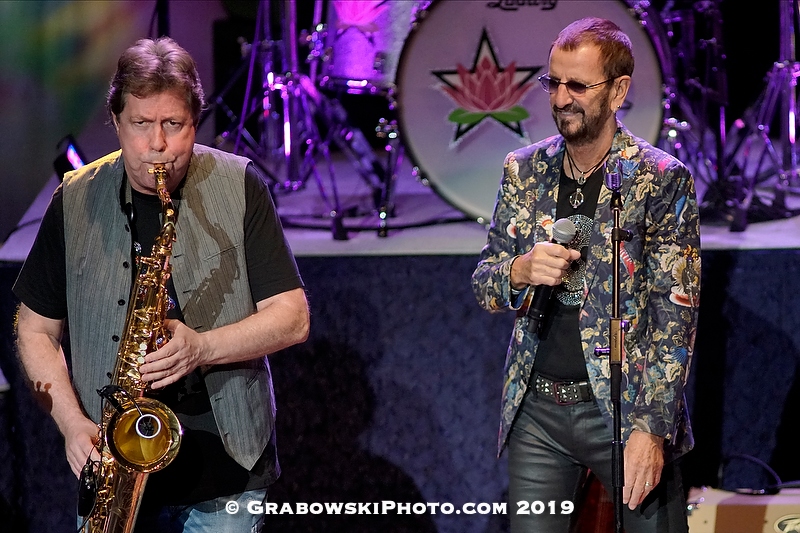 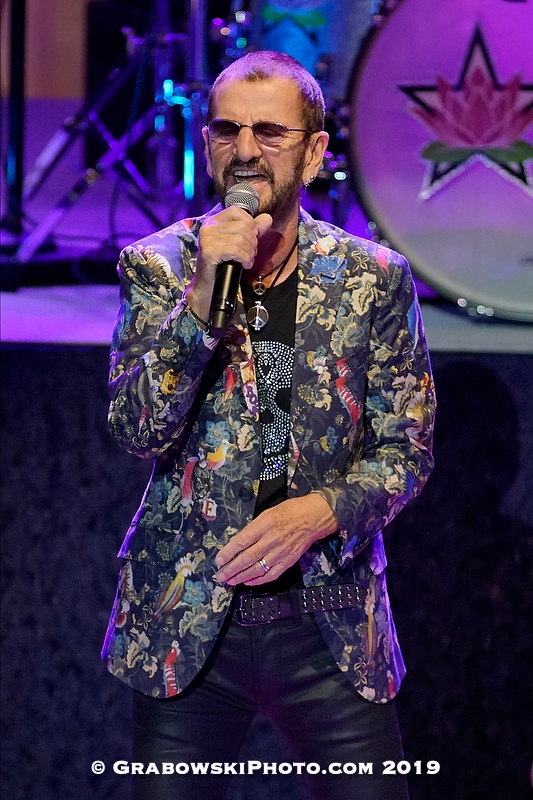 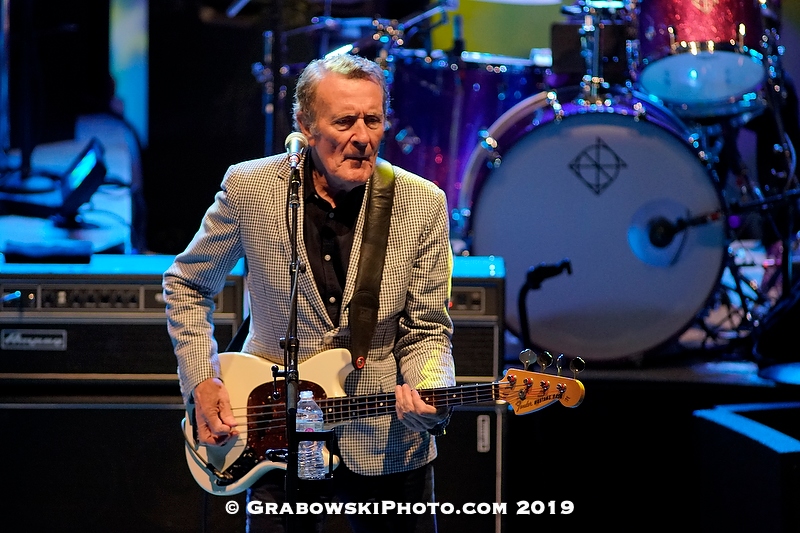 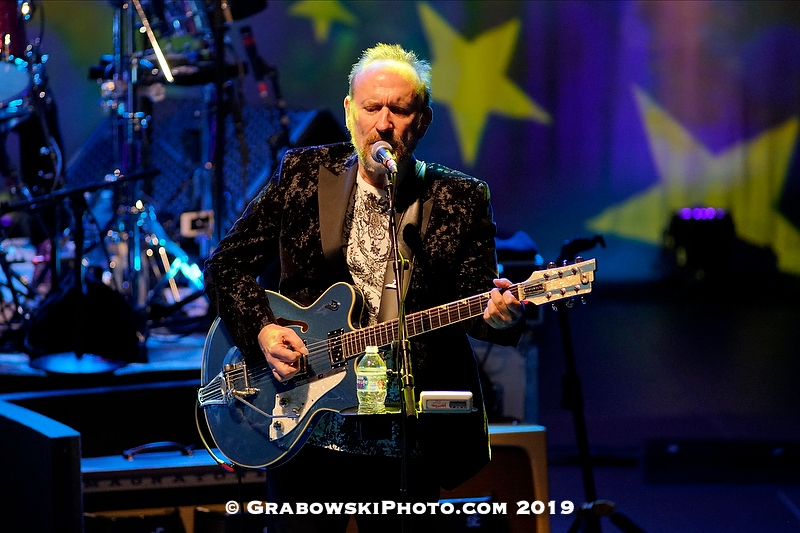 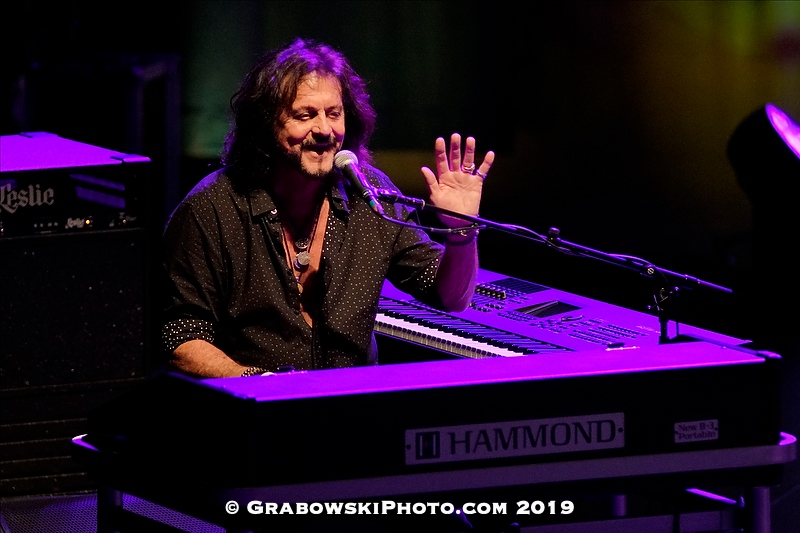 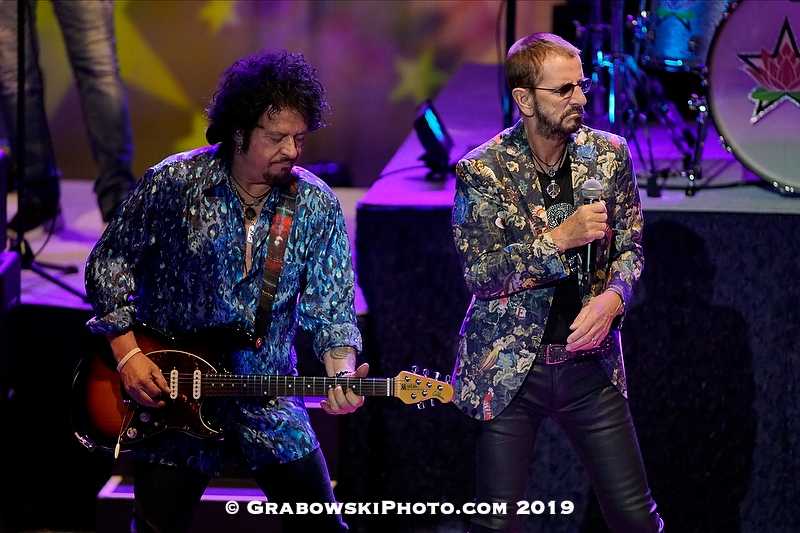