.
Rob Grabowski caught Beasto Blanco In The Act at RocHaus in West Dundee, IL on March 12, 2020. Check out Rob's review and photos below:

Kicking off the evening with "Freak" to a boisterous crowd, Chuck Garric took center stage wearing a ski mask while Calico Cooper sauntered out in full theatrical garb. Her presence and sultry moves compliment her incredible voice that brings a melody to the raw energy Garric spills on to the stage. 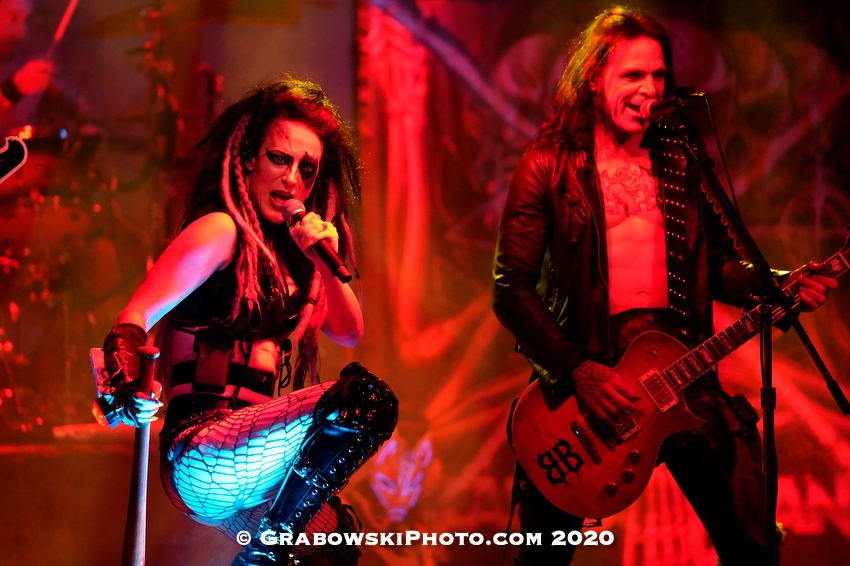 With Calico's father being the legendary master of the macabre, Alice Cooper, there's no doubt that theatrics are a big part of her presence on stage and undoubtedly, where she learned how to captivate an audience. 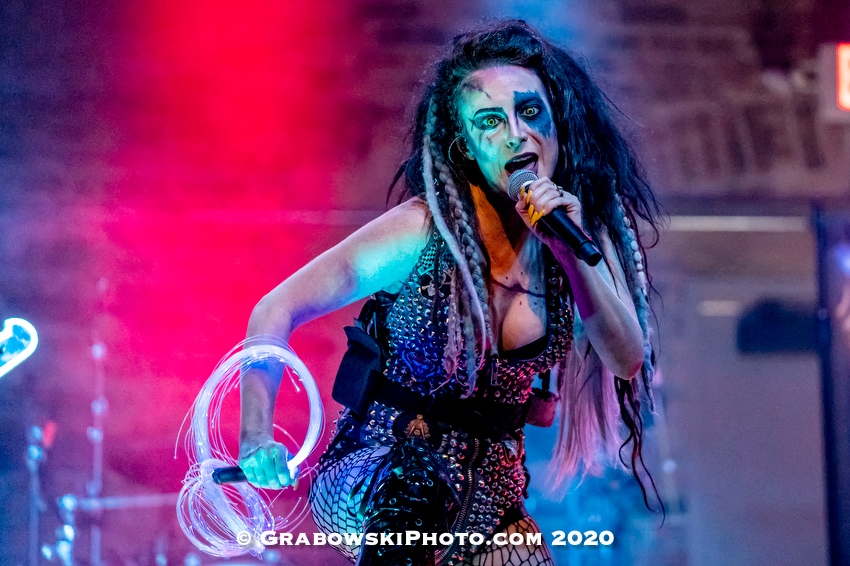 Calico started singing "Machine Girl" and everyone in attendance was mesmerized as she strutted across the stage in a red-hot fashion, gazing into each and every audience members eyes hypnotizing them with every move she made and every note she sang. She rounds out the heavy sound that Beasto Blanco brings to the table and adds a feminine touch, even if she does it with a whip, a metal spiked baseball bat, and a smoke canon. 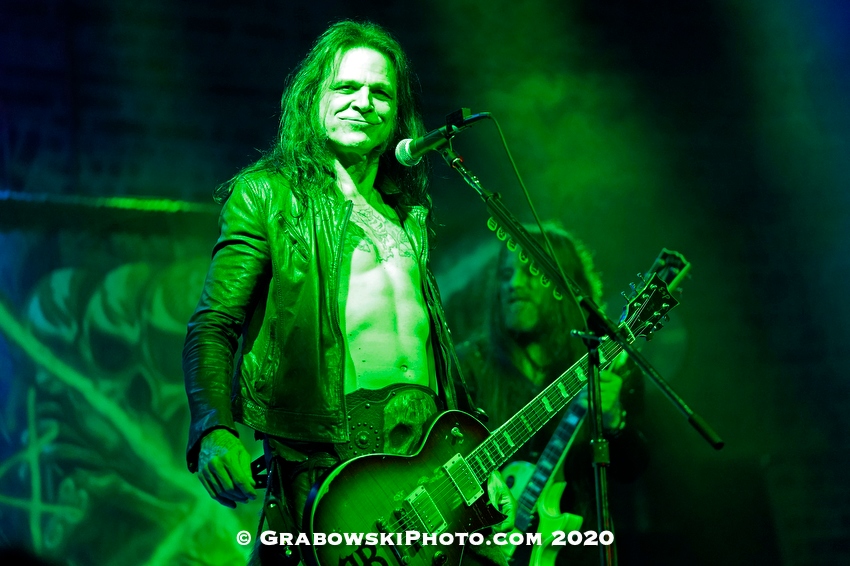 As they covered Alice Cooper's "Feed my Frankenstein" they definitely make it their own in a creepy dark fashion. Chuck and Calico trade vocals back-and-forth and really breathe a new life into a classic Cooper song. Selfishly, I would love to hear them cover "Sympathy for the Devil" by the Rolling Stones. I can picture the looks and eerie vocals Cali would catapult, and the unfiltered metal onslaught the rest of the band would add. 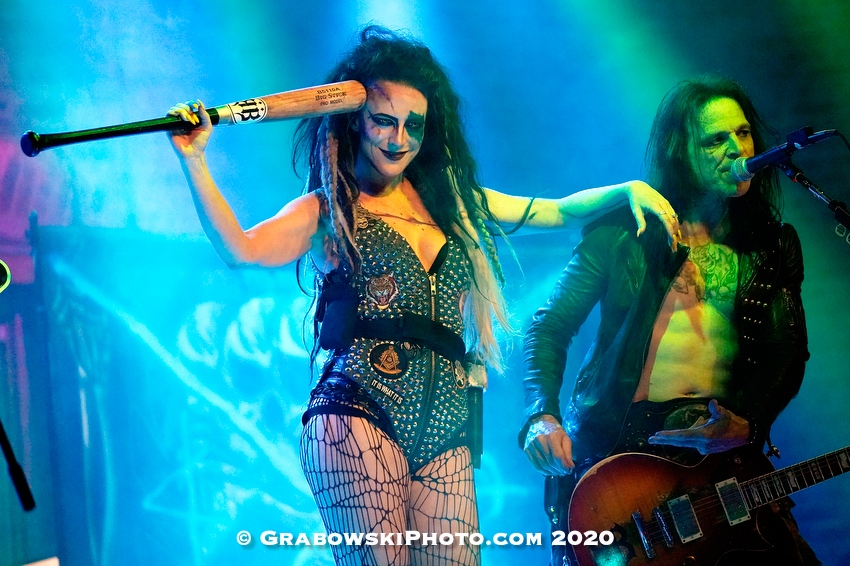 A song like "Grind" defines what they are all about, and want to include their faithful followers along for the ride. The forcefulness, passion, and raw sensuality that Calico brings to the group is something that everyone should bear witness to live. 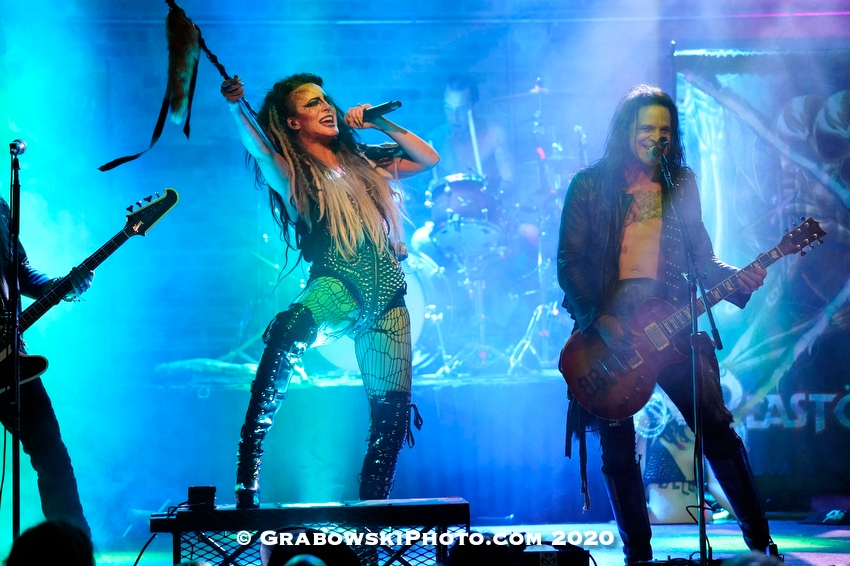 Undeniably, every box is checked with Beasto Blanco and there is no doubt that this band should be as huge as Halestorm. If you aren't familiar with them, do yourself a favor and pick up their latest album We Are that came out in 2019 or their other two albums Beasto Blanco and Live Fast Die Loud. When they make a stop in your area, grab the tickets quickly, as you won't want to miss them. 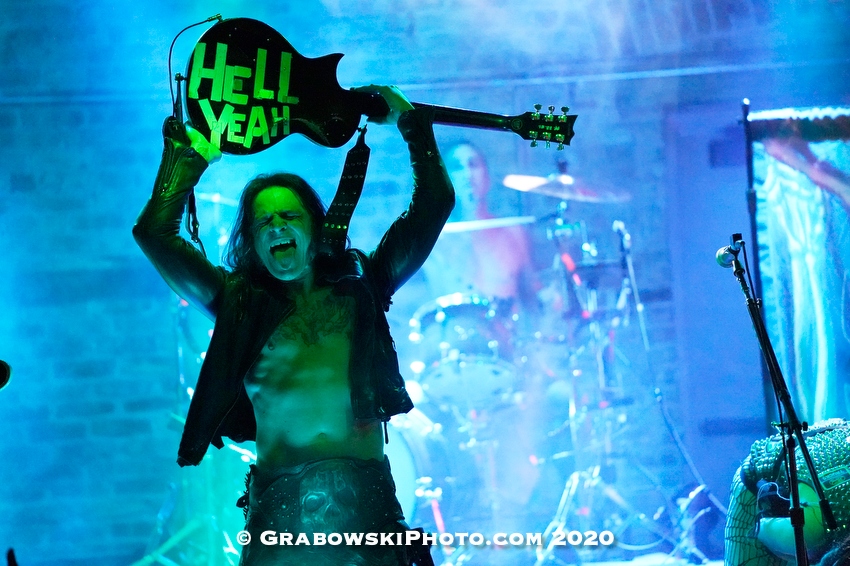 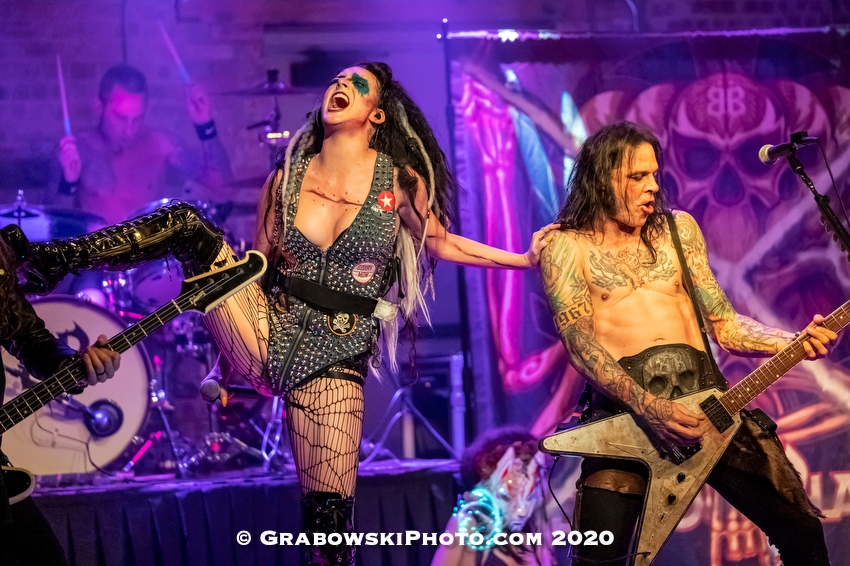 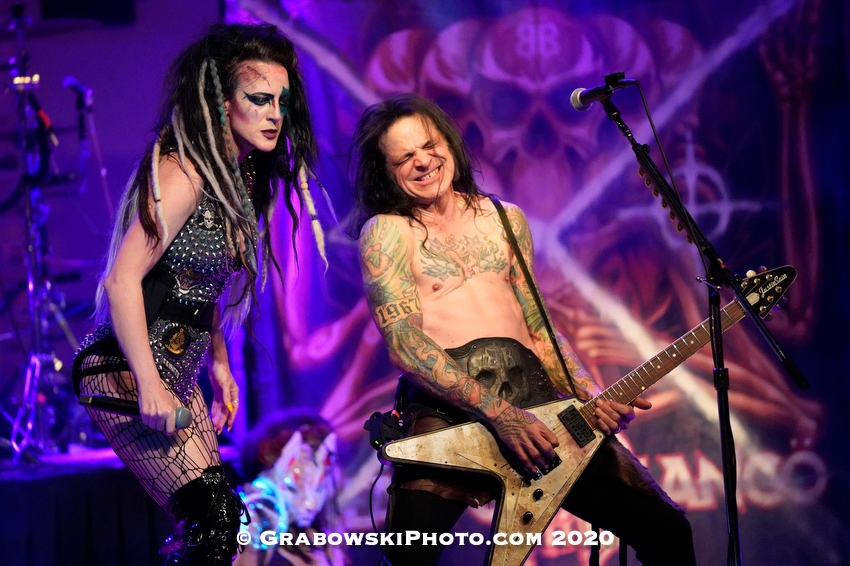 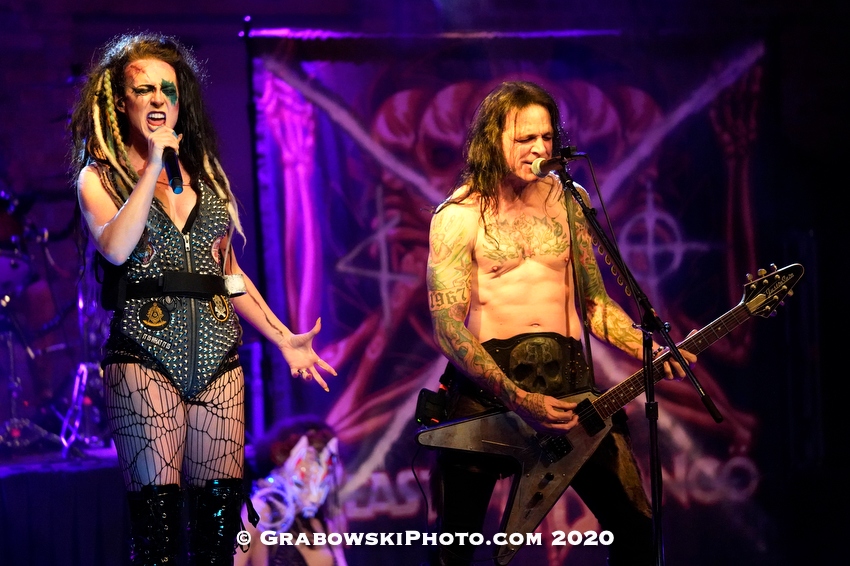 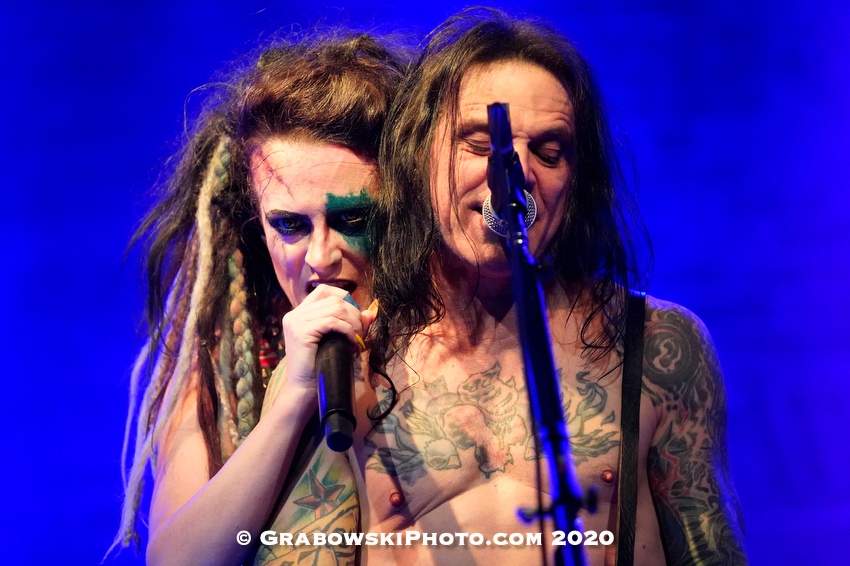 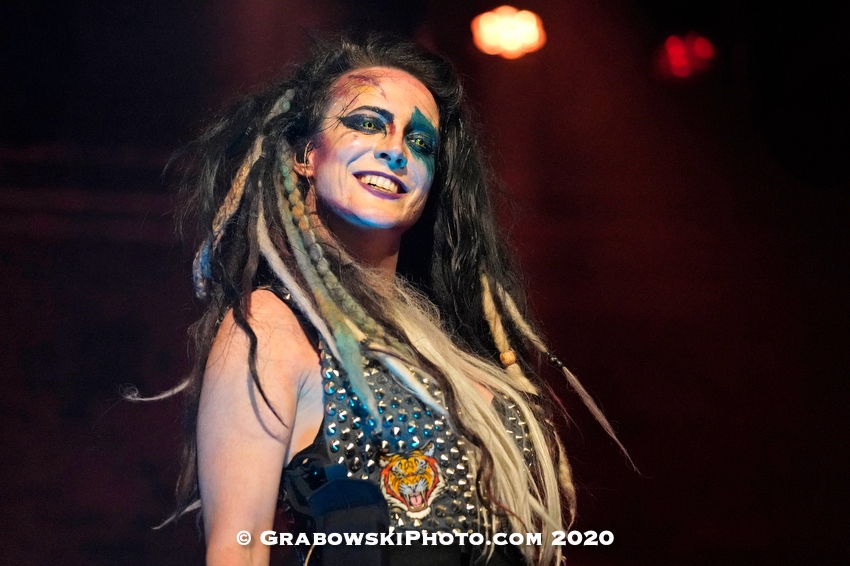 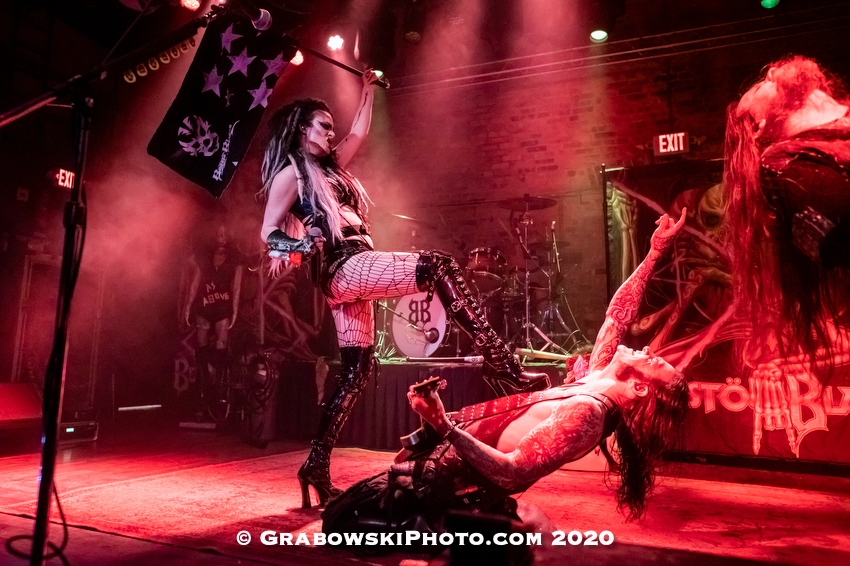 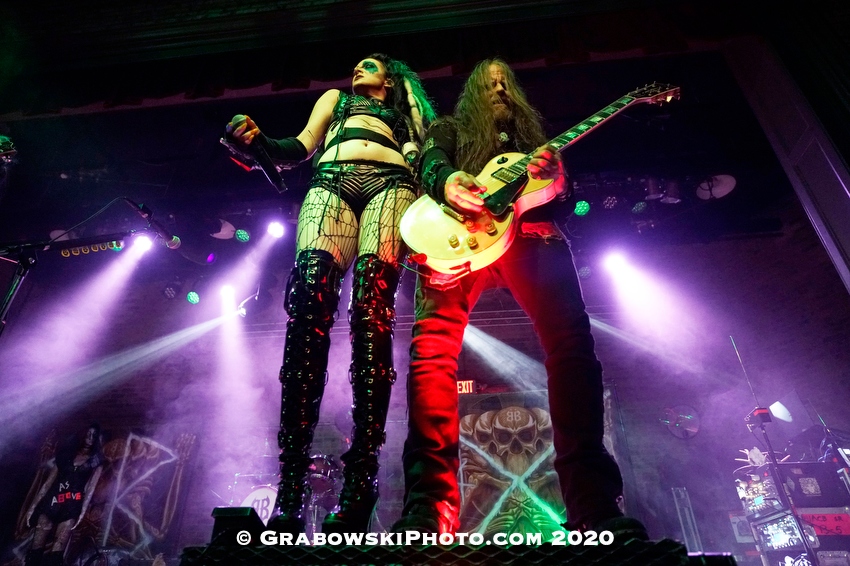