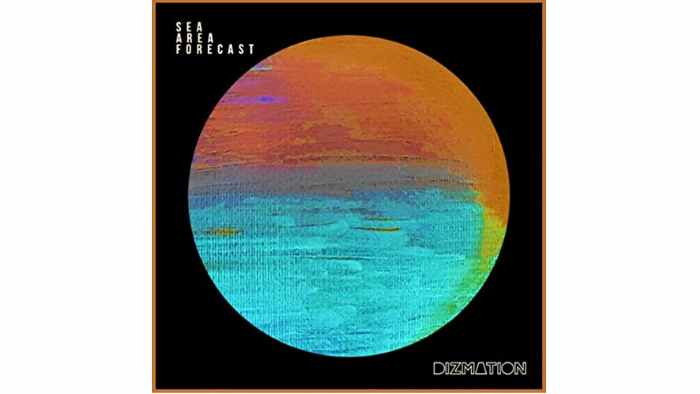 Dizmation is the name given to a producer, songwriter, and visual artist from Dublin Ireland. One particular style used to describe Dizmation is electro, but only the (mostly) instrumental "Humanizer," on the album Sea Area Forecast, can rightfully be described as synth-based music. The rest of this album primarily falls into the indie-rock bag. In fact, most of the way through the album, Dizmation alternates its quieter pieces with louder, electric guitar rockers. Softie/loudie/softie/loudie, etc....

The album closes "Sight For Sore Eyes," which - with its mainly lone acoustic piano accompaniment - doesn't fit neatly into any of the other categories of Dizmation music. Some of the album's guitar rockers include "Still," "In Arcadia," "Halcyon The Gone" (although softer than the rest), and "Dodgy Connector." It's as though these alternating sonics reveal Dizmation's spilt musical personality. He can't create just soft or hard music, but a little of both, with wildcards also thrown into the mix.

This album opens with "One More Time With Feeling," which delightfully reminds the listener of Radiohead. Later, Dizmation gives us "Take It Away," a lovely piece of orchestral pop. There's just so much going on during Sea Area Forecast, and all of it rewardingly worthwhile.