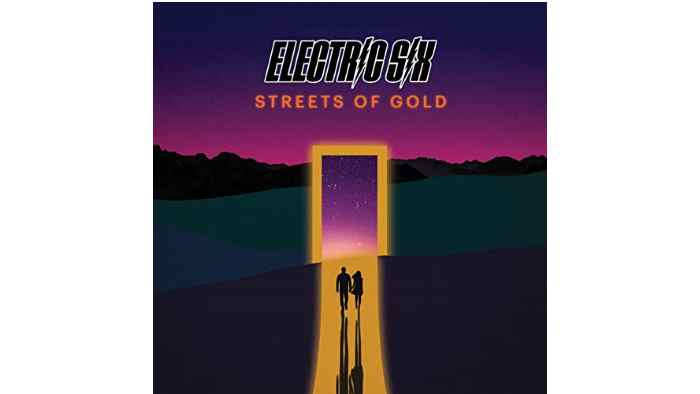 Michigan garage rockers return with a covers album where they interpret big hits like INXS's "Don't Change" while throwing in a couple of unexpected, lesser-known songs like their take on Roky Erickson's "Click Your Fingers Applauding the Play." Singer Dick Valentine puts a male perspective on Christine McVie's Fleetwood Mac hit "Little Lies" but otherwise it's a man's world here with takes on the Jam's "That's Entertainment," Love's "Maybe the People Would be the Times or Between Clark and Hilldale," the Talking Heads cut "Slippery People," Alice Cooper biggie "No More Mr. Nice Guy" and the lusty KISS cut "Strutter" among the offerings. A side trip into R&B for "Ya Mo Be There" finishes the album but there are two bonus cuts as well; "Gay Bar" and "Danger! High Voltage." Not meant to replace the originals but this is a very fun stroll down Streets of Gold.