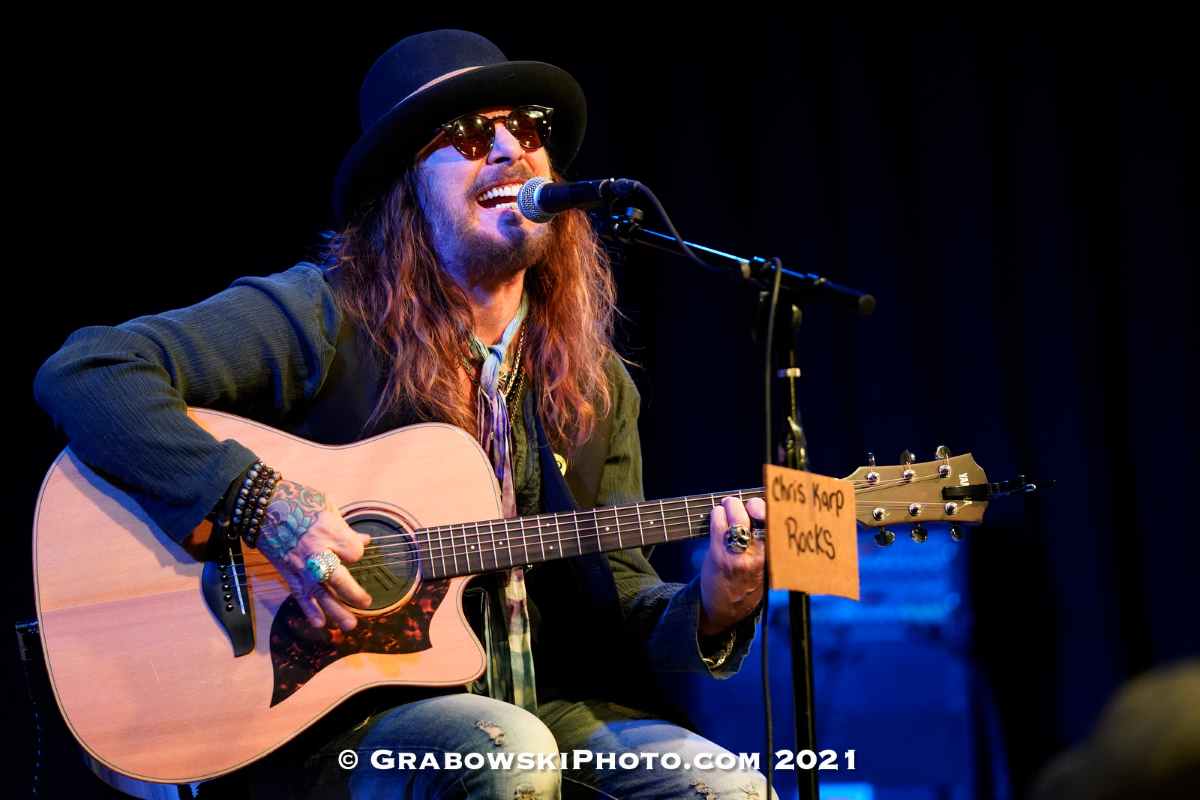 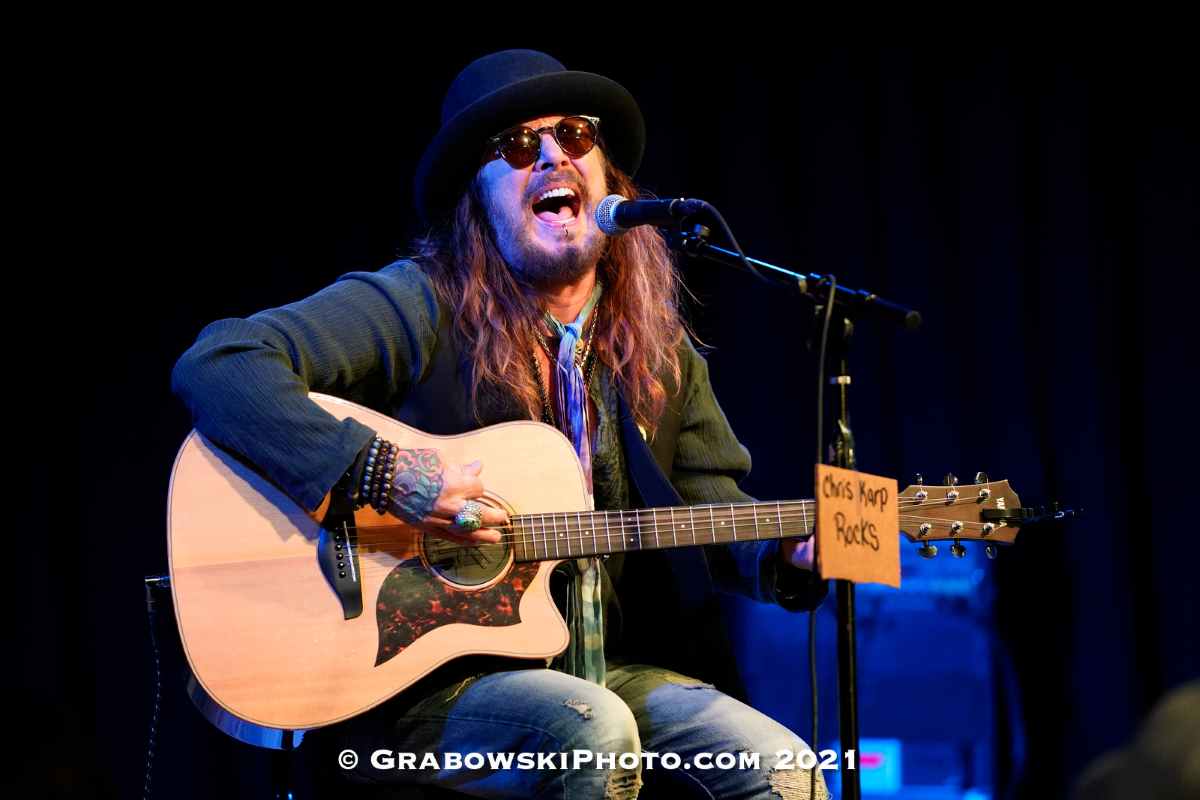 As the world starts to reopen after a year and a half of being shut down due to Covid-19, the beautiful new venue, Avenue 912, in Griffith Indiana hosted an intimate, socially-distant acoustic event with John Corabi. Most notably, Corabi was the frontman with Motley Crue back in the 90's and has fronted bands such as The Scream, The Dead Daisies, Union, ESP, and even played guitar in RATT for a period. JC delivered story after story and song after song with his engaging wit and banter to the delight of the Hoosier state faithful. 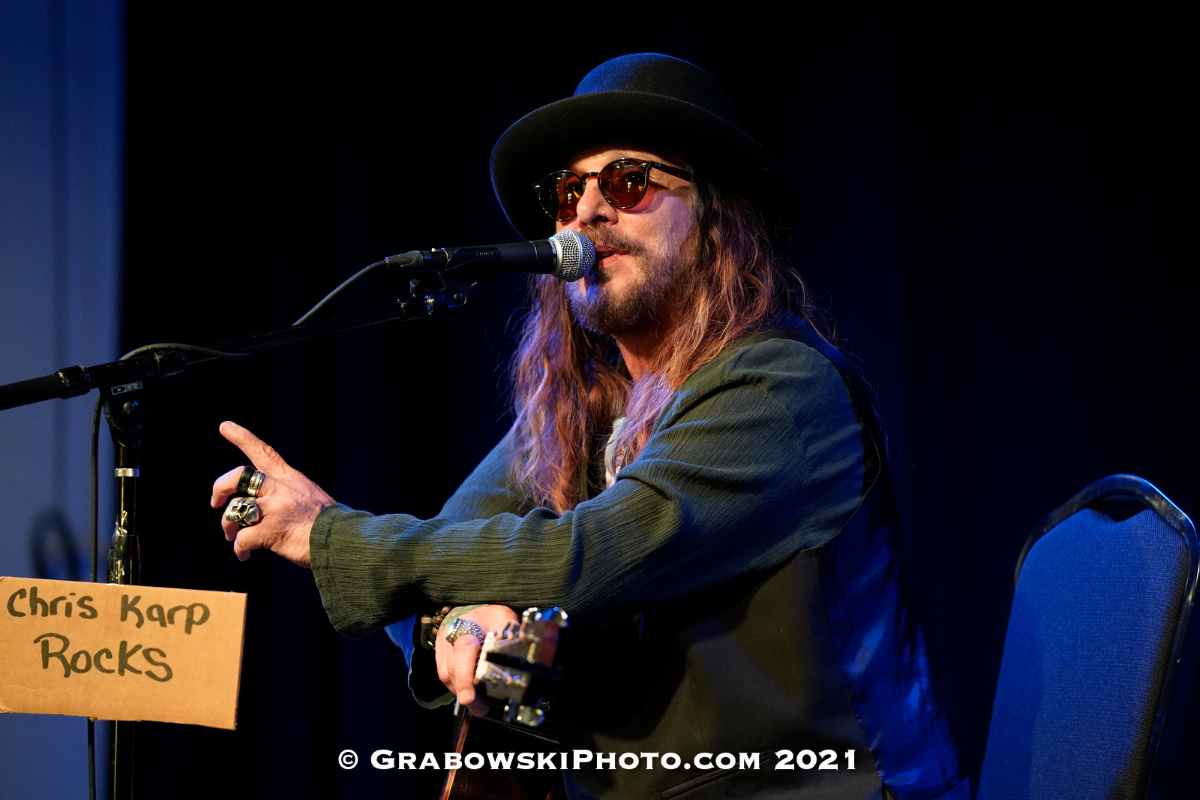 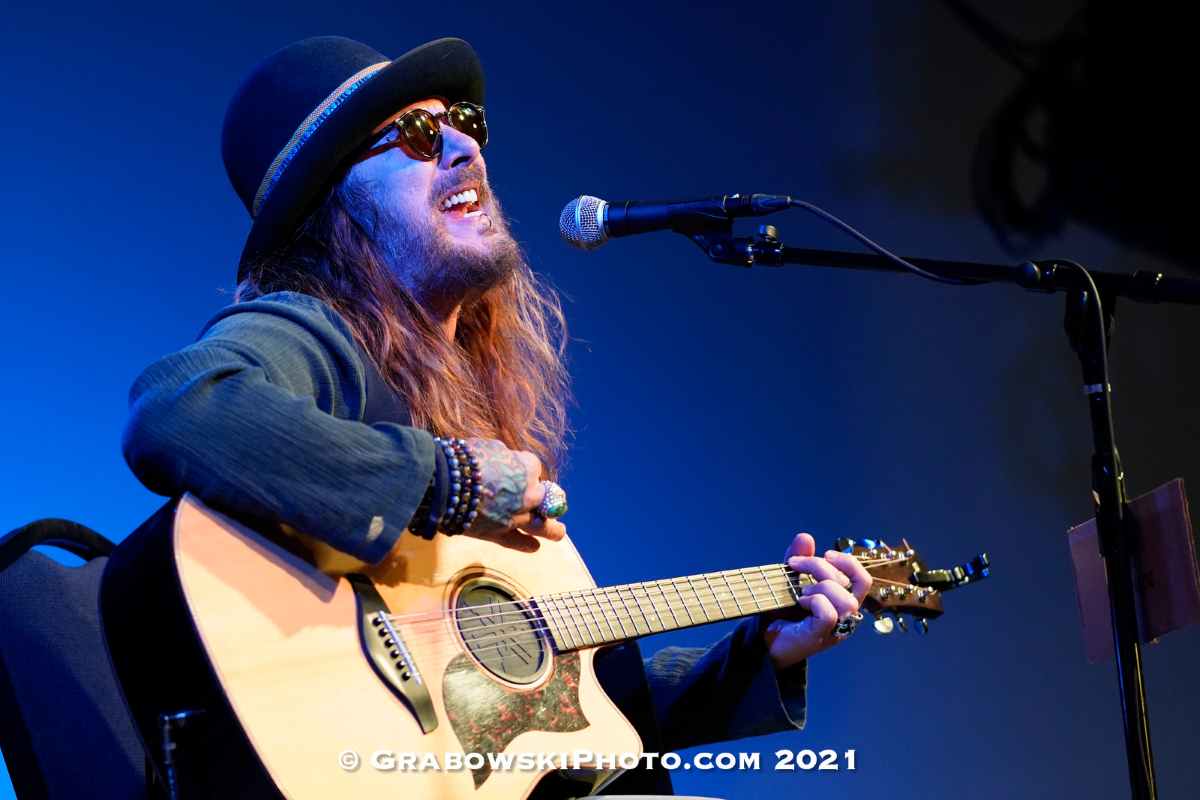 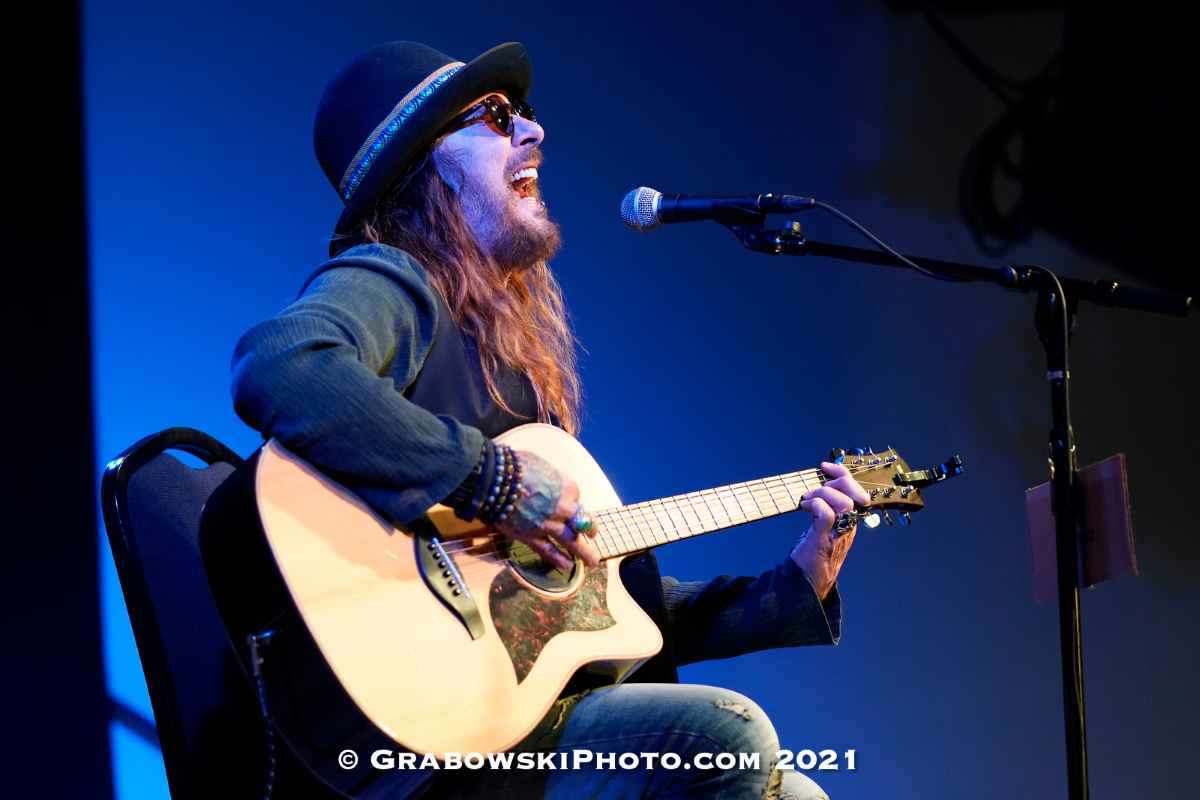 Playing songs from varying bands that he was a part of like Union's "Love (I Don't Need It Anymore)",The Scream's "Father, Mother, Son", The Dead Daisies' "Something I Said" and "Dead and Gone", and of course the Motley Crue hit, "Hooligan's Holiday."

Corabi told the most interesting stories to accompany each song he sang and even talked about the music that affected and influenced him. Telling a great Steven Tyler story and how much Aerosmith's "Season's of Wither" meant to him as he proceeded to play an incredibly cool solo acoustic version. Another cover that had the crowd jump into a sing along was KISS' "Hard Luck Woman" but, the one that really took the crowd to a very emotional place and gave everyone goose bumps, was "Drive" by The Cars. While the original studio version with the late Benjamin Orr is timeless, John breathed a new life into his version that is completely indescribable and left the crowd awe-struck with raw emotions. 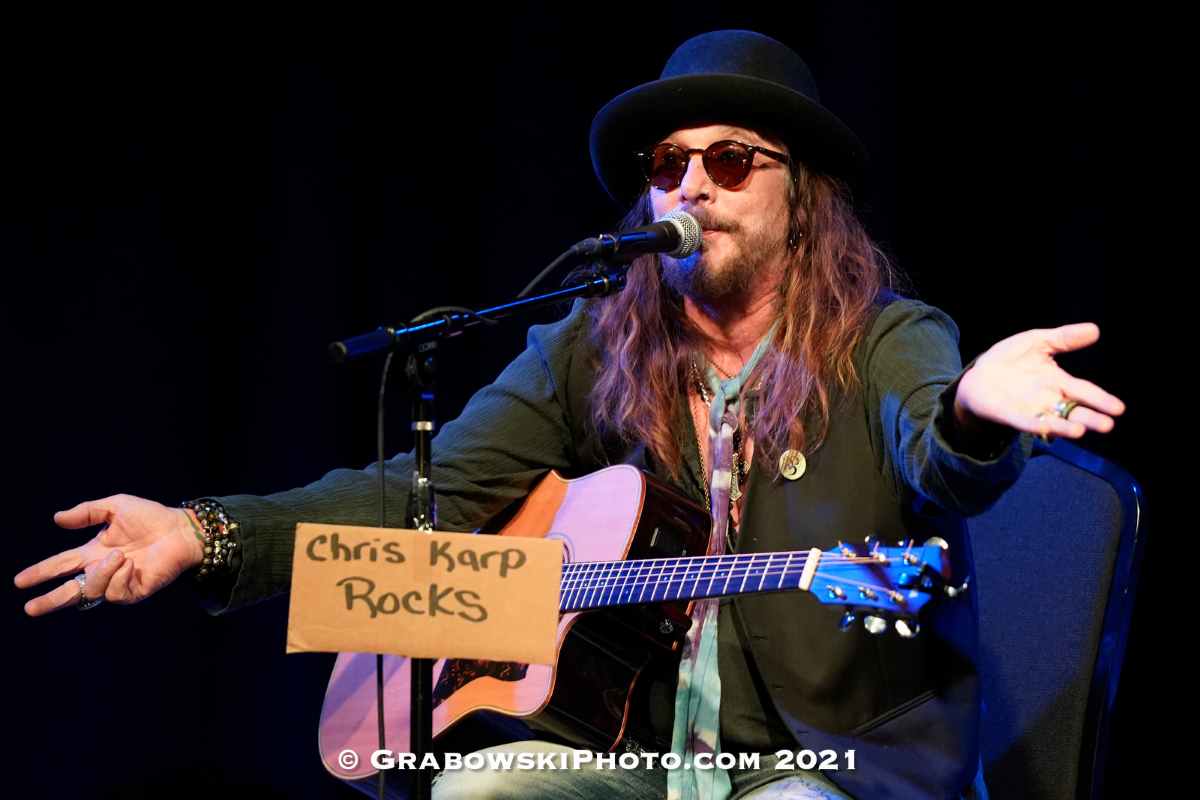 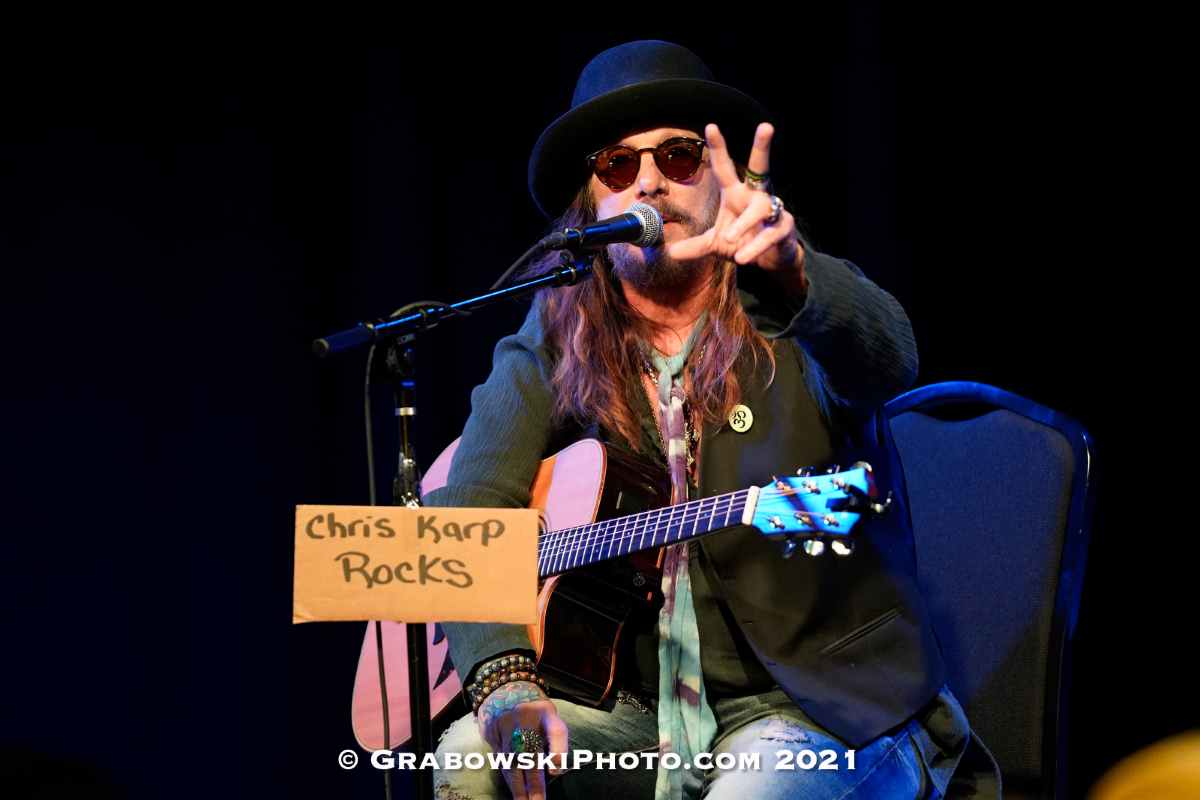 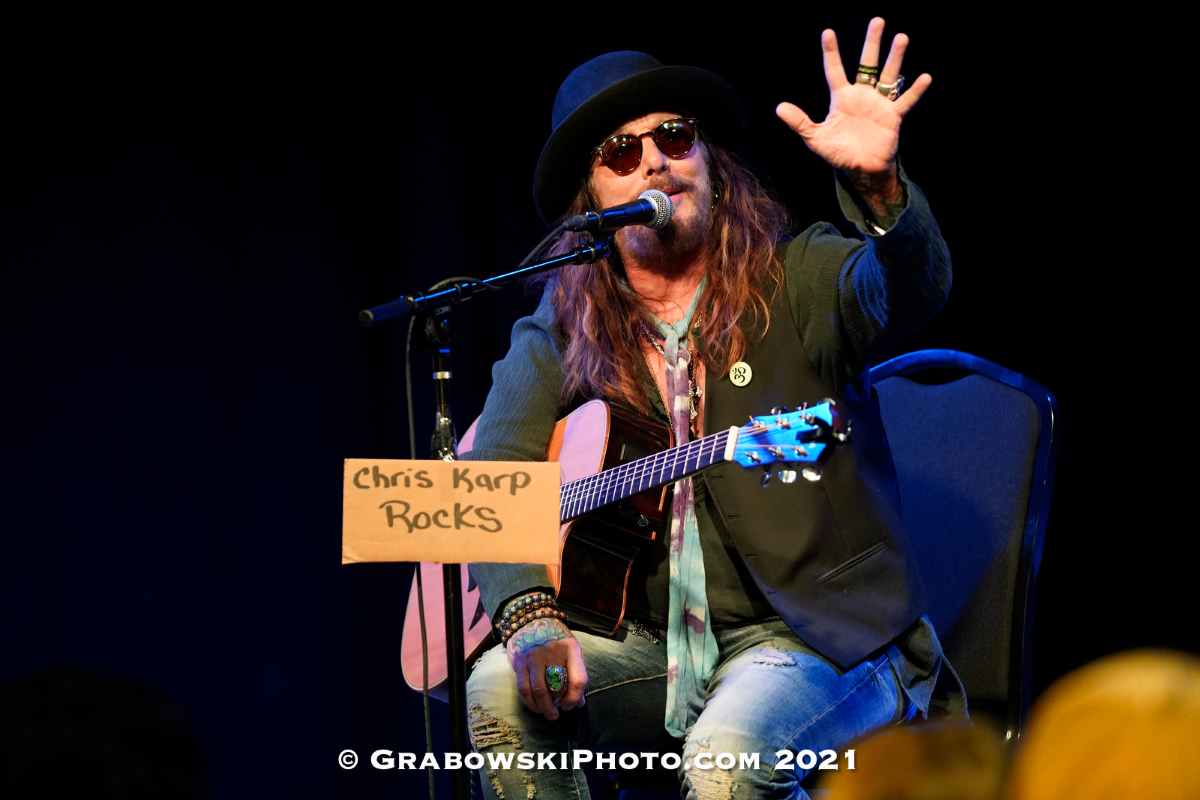 I can't recommend enough seeing John perform when he rolls through your town and does his storytelling acoustic set. It really is an invite to see and hear something special. His performance is only to be out-shined by his engaging personality and charm. 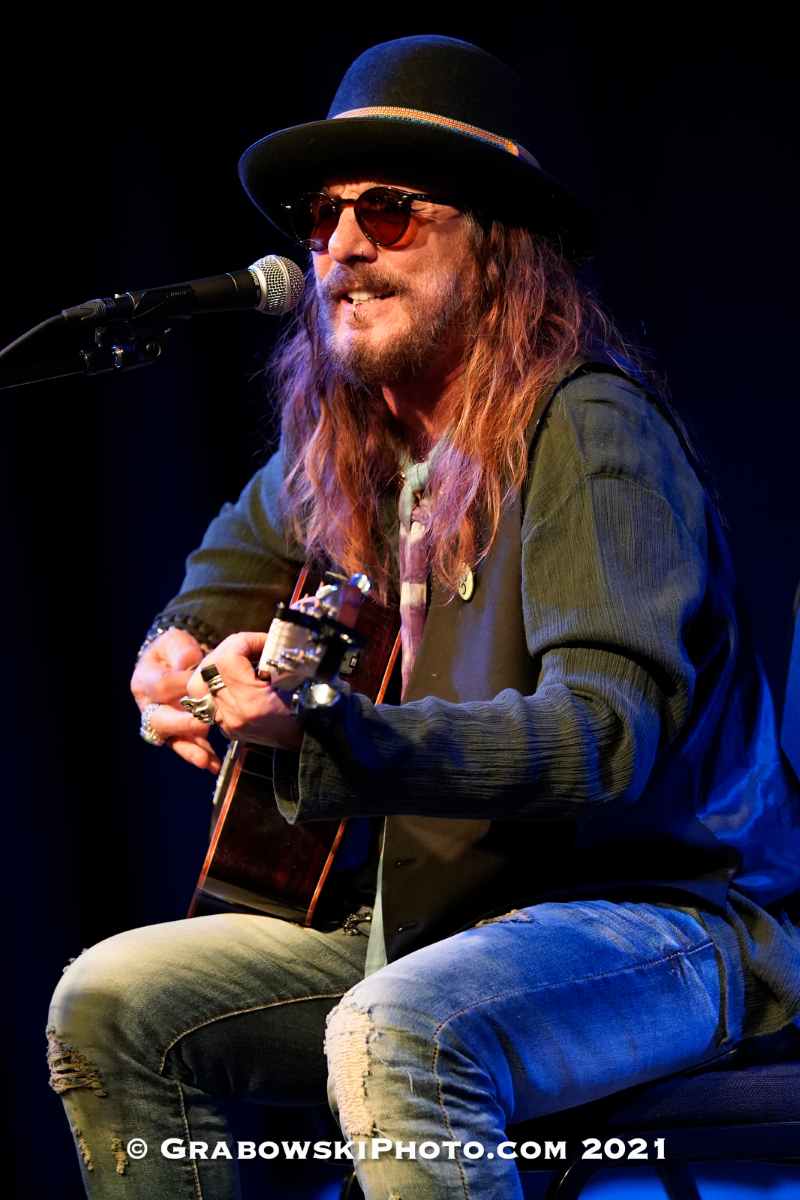 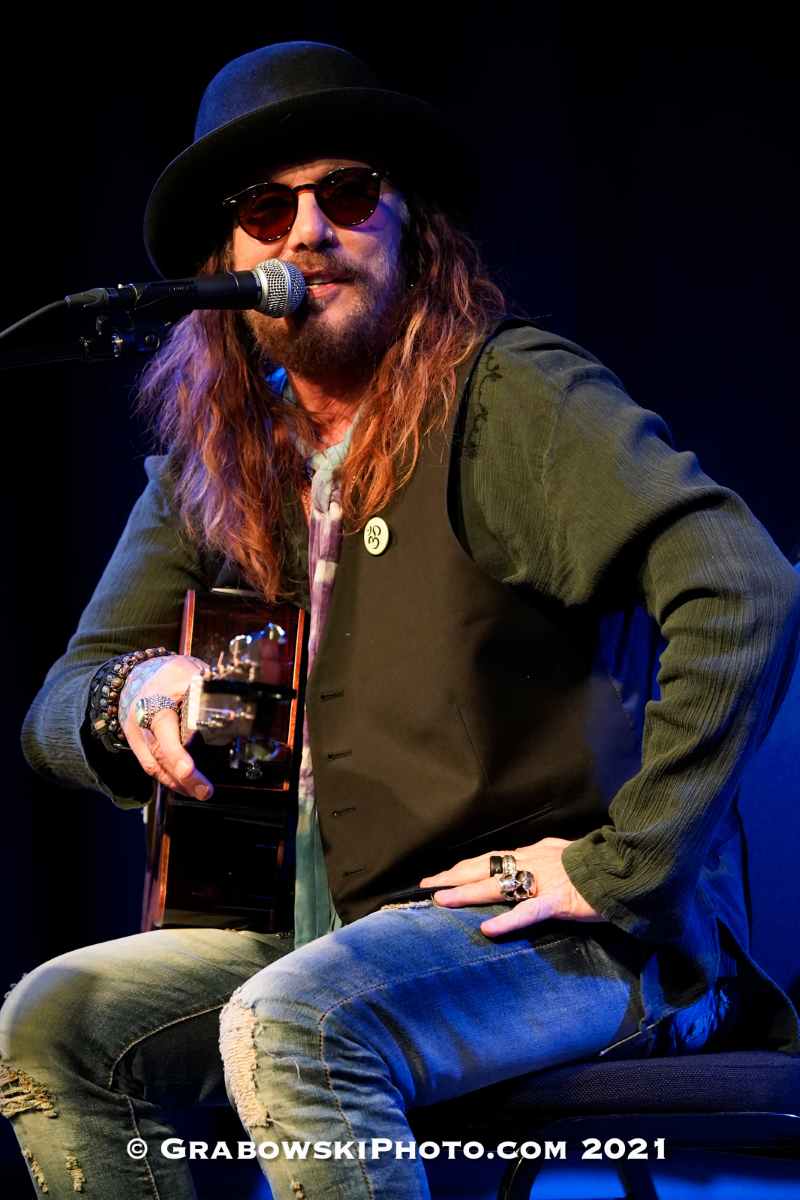 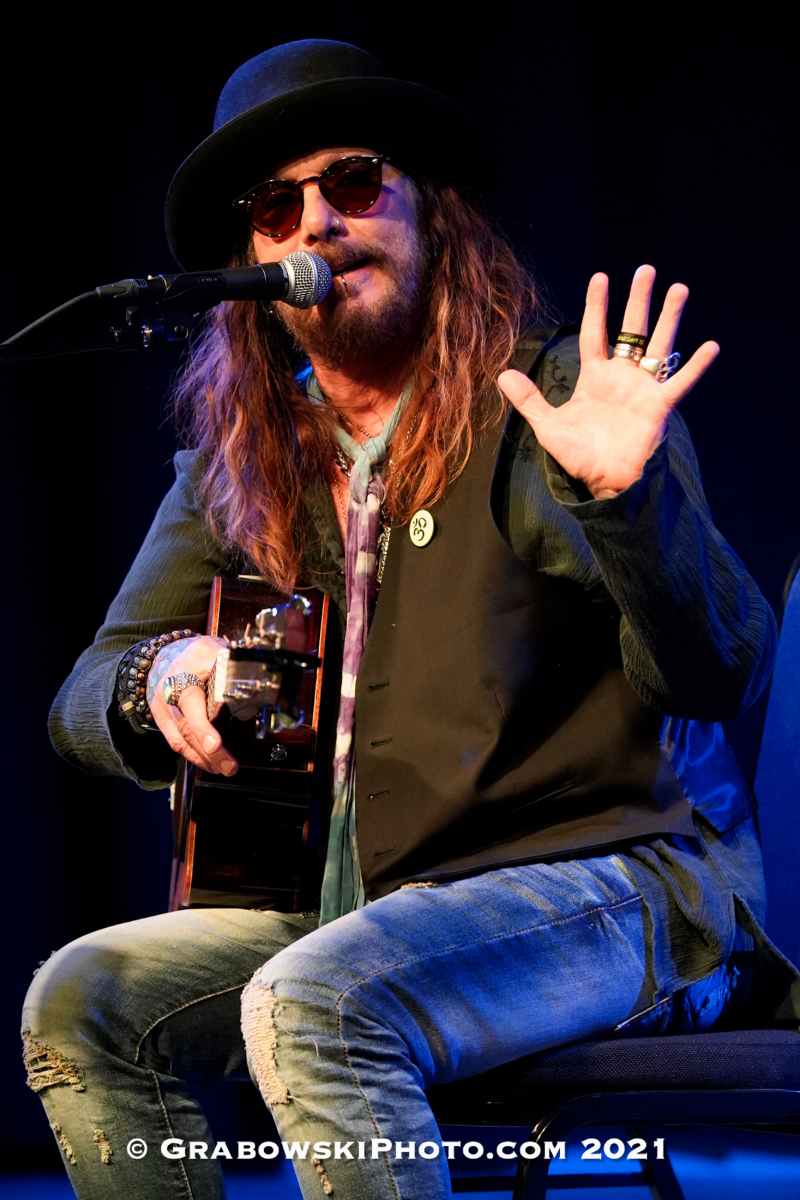 On a personal note, I was fortunate to see John Corabi perform at the Cat Club in Hollywood years ago and he and other famous musicians just got on stage and jammed while playing Beatles, Stones, and The Who covers and hung out with the crowd like he was your buddy from high school. To me, it was an unforgettable musical experience and to him it was a Thursday. That's just how approachable and how much he loves music and performing for anyone who will listen. If you aren't a fan before you see JC perform, there is no doubt you will be after. 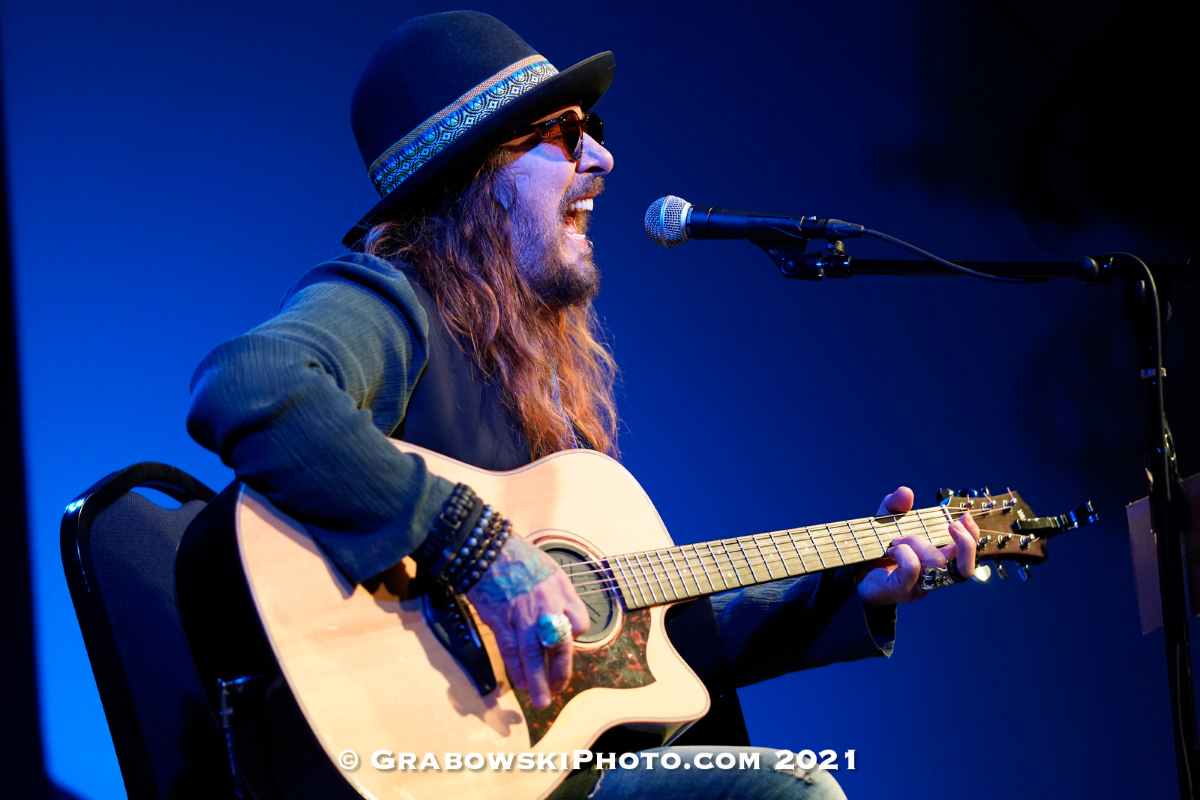 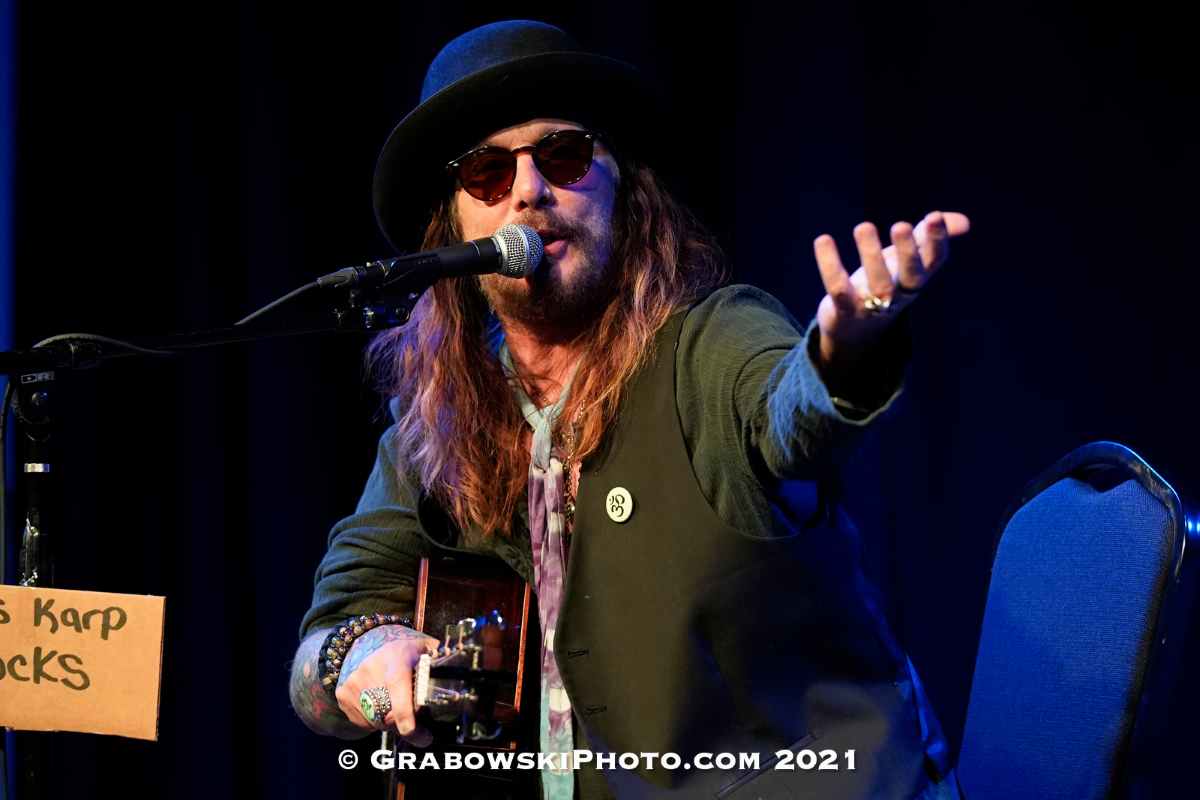 Find out where you can catch John in the act with his upcoming dates here.