If you really want to thrill the music lover on your holiday gift list consider giving them one of the three awesome titles we suggest below: amazing DVD sets featuring Dolly Parton and vintage television show "The Midnight Special," both from the folks at TIME LIFE, and a rerelease of the great blues documentary "Deep Blues" on Blu-ray from Film Movement Classics. 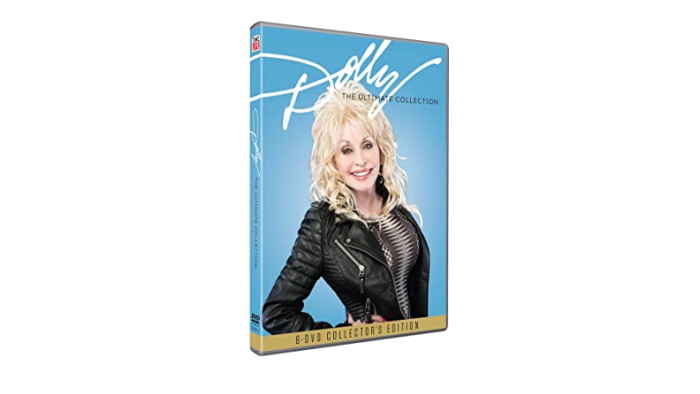 Have a jolly Christmas? Make that a Dolly Christmas! This 6-DVD set contains a treasure trove of Parton on video, much of which is of the vintage variety. Collected here are 11 episodes of Dolly's late '80s variety show and if you never saw it or forgot how it sometimes opened, the first thing you'll see is Dolly taking a bubble bath. Now calm down; the bubbles completely obscure Parton's ample cleavage. Showing her sense of humor, after the sudsy opening on the very first episode, Parton sings "Bubbling Over," from her 1973 album of the same name. Shows contain sketches like "Dolly's Date" where various would-be suitors try to woo her (Dudley Moore, Bruce Willis, Kermit the Frog), a greasy spoon-themed bit called "Dixie's Place" with Dolly playing sassy waitress Dixie and an "Out & About" segment where she visits places like Yankee Stadium where, while wearing Yankee pinstripes, she wallops a baseball pretty good. In another humorous bit during a Q&A session with the audience, Parton jokes that she might have been a madam had she not pursued a career in singing. Despite occasional risque moments the shows are purely wholesome good fun. Guests throughout the presented episodes include Burt Reynolds, the Smothers Brothers, Emmylou Harris, Linda Ronstadt, Jerry Lee Lewis, Miss Piggy, Porter Wagoner, Patti LaBelle, Willie Nelson and many other stars. Also included is "Bob Hope's Jolly Christmas Show," concert film "Dolly Parton: Live from London," ten music videos including "Jolene," "Shinola," "Home" and "Shine" and the 2019 documentary film "Dolly Parton: Here I Am." And indeed for big fans of Dolly Parton, here she is.

"The Soul of The Midnight Special" 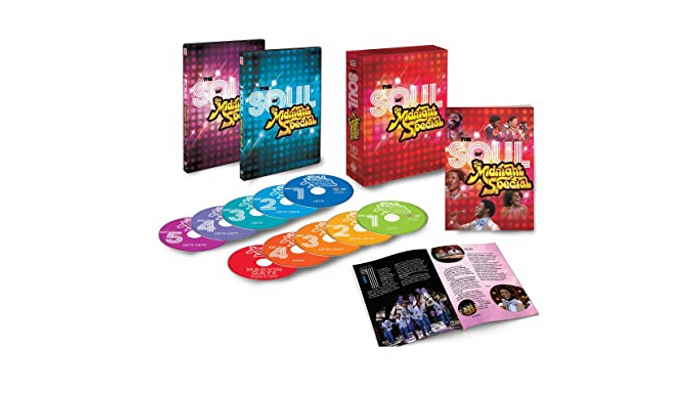 Before there was MTV there were weekly television programs that presented the hits and artists of the day, one of the best of which was "The Midnight Special." The show did not focus exclusively on soul music, there was lots of rock and pop too, but this 10-DVD set collects the best of the soul acts that appeared on the show from 1973 through 1980. Famously known for not allowing the acts to lip synch, all the emotions that played out live in songs like B.B. King's "The Thrill is Gone," the Bill Withers smash hit "Ain't No Sunshne" and Minnie Riperton's "Lovin' You" was 100% for real. There are classics like Ray Charles performing "Georgia on My Mind" and Chuck Berry reeling through "Johnny B. Goode," disco era hits from Donna Summer, Thelma Houston, Chic and the Trammps, funk from James Brown, Sly & the Family Stone, Chaka Khan and the Ohio Players, cool soul sounds from Curtis Mayfield, George Benson and Al Green, the poppier sounds of soul from the Brothers Johnson, Marilyn McCoo & Billy Davis Jr and the Commodores, and all the big groups like Gladys Knight & the Pips, the Stylistics, Kool & the Gang, the Temptations, the O'Jays, the Spinners and many, many more. A special treat here is a 1974 Marvin Gaye concert from Atlanta in which the late star croons "Let's Get it On," "What's Going On," "Trouble Man" and several others. A handful of interviews are included featuring Gladys Knight, Russell Thompkins Jr. of the Stylistics, the O'Jays, Patti LaBelle, Bobby Womack, George Benson, James Brown, Quincy Jones, Teddy Pendergrass and "The Midnight Special" creator Burt Sugarman. There are plenty of moments here suitable for cuddling up with someone special but viewers should be prepared to get up and shake their groove thang quite often. 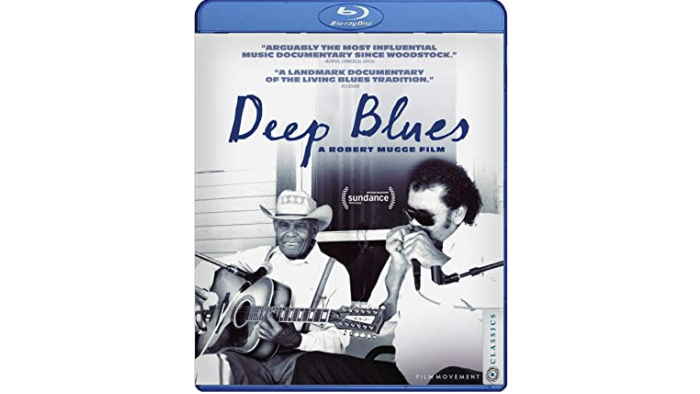 Originally released 30-years ago, Film Movement has rescued and rereleased this great documentary from the lens of Robert Mugge ("Last of the Mississippi Jukes," "Deep Sea Blues.") The film was commissioned by Dave Stewart of the Eurhymics and Mugge chronicles Stewart's journey from Memphis to the Mississippi Delta with music scholar Robert Palmer in tow. The pair have incredible experiences with the likes of pianist Booker T. Laury in Memphis, R.L. Burnside in the North Mississippi hill country and great blues players throughout the Delta like Junior Kimbrough, Booba Barnes, Jack Owens, and in Clarksdale, home of the famous "crossroads" immortalized in song by Robert Johnson, characters like Walter Wade, a blues man who was also a barber who gave haircuts to the likes of Ike Turner, Howlin' Wolf and Sonny Boy Williamson. Also in Clarksdale the camera catches Big Jack Johnson performing songs like "Catfish Blues" and "Daddy, When is Mommy Coming Home?" All of the performers that Stewart and Palmer met while making this film have gone on to the great juke joint in the sky, making this footage all the more precious.