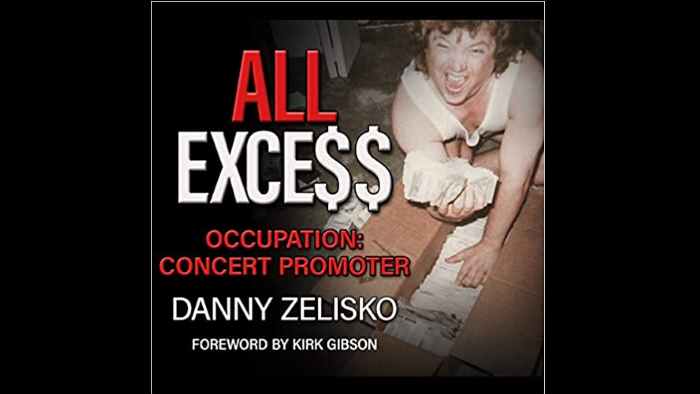 In most markets music fans buying tickets to concerts or attending them likely give very little thought to the person or company promoting the show. In Arizona though, things are very different. For nearly 50-years, concert promoter Danny Zelisko has been presenting shows in metropolitan Phoenix and Tucson, in the old days with Evening Star Productions, a firm he founded, and today with Danny Zelisko Presents. Having promoted thousands of concerts featuring the stars, superstars and up-and-comers of those decades, Zelisko has become part of the very fabric of the ever-evolving Phoenix music scene. More than just a name that's printed on the ticket, Zelisko is known for his laid back personality, often on display on stage as he announces upcoming concerts before the evening's show begins, and as he greets members of the audience as he navigates the concert venue. His love of and knowledge of music plays out on a radio show and he can often be spotted in the crowd at Arizona Diamondbacks baseball games, especially when the Chicago Cubs are in town. Now, with the release of his memoir "All Exce$$" fans can get a glimpse at what an exciting life he has led.

The first few chapters of the book are about Zelisko's youth, spent in the Chicago area, and cover some of his early musical influences and his fondness for baseball and collecting autographs from players. The groundwork for his career as a concert promoter begins when Danny, enamored by the music scene in the Bay Area, moves to Berkeley as a teenager. Wanting to get right into the thick of it quickly, Zelisko bluffs his way into doing roadie work at a Yes show, and after working hard without being questioned, he gets caught while chowing down on a crew meal. Not only did he get caught, he got caught by the show's promoter, the notorious Bill Graham. After chewing him out a little bit, Graham found out that Zelisko had put in the work, so he let him eat in peace and wished him well. Tellingly, Zelisko had pulled his stunt on the advice of Allman Brothers Band road manager Twiggs Lyndon, and he says that if he had not gone through with it that he might never have broken into the business at all. Amusingly, Zelisko's first paying gig was an Alice Cooper show in Tucson which was promoted by, you guessed it, Bill Graham. There's a funny story too about what went on behind the scenes at this show.

After the early stories the book takes readers on a wild roller coaster ride as about a year after the Alice Cooper show Zelisko is now promoting shows on his own. Danny talks about how rough it was breaking into the business but also about some lucky breaks. He talks about how the legendary progressive Phoenix radio station KDKB influenced who he wanted to work with. He talks about his friendship with Kris Kristofferson and the singer's appearance with Barbra Streisand at the "A Star is Born" concert that was held in Tempe's Sun Devil Stadium. The rest of the book features a who's-who of musical greats as Zelisko chronicles working with Chuck Berry, Southern rockers the Outlaws, jazz man Gato Barbieri, Billy Idol, Billy Joel, U2, Bon Jovi, Ozzy Osbourne, Frank Zappa, Bob Seger, Queen, and, well, you get the idea. Zelisko has worked with "everyone."

There are tales of cocaine, weed and booze, and a chapter on what artists ask to have provided for them backstage that includes an odd but touching memory of Prince, a story about Zelisko playing fixer when Whitney Houston was furious with boxer Mike Tyson, and a story about Rodney Dangerfield's toaster oven. The book is crammed to the gills with fun reading and photos, most of which have never been seen prior to the book's publishing. Metal fans will especially appreciate a chapter titled "The Metal Years" with photos of Judas Priest, Megadeth, Ronnie James Dio, Lita Ford, Iron Maiden, Scorpions, KISS, Rob Zombie and many others. An underlying theme of the book is that many of the stars that Zelisko has worked with are in fact good people that he is proud to still call friends today.

The pandemic has taken a toll on live entertainment and Zelisko has been forced to go on hiatus until the virus is under control and when he'll be able to promote shows again and start racking up more stories. This actually makes the release of "All Exce$$" perfectly-timed; readers will be reminiscing right along with Zelisko while simultaneously looking forward to a time when the music will play once again.