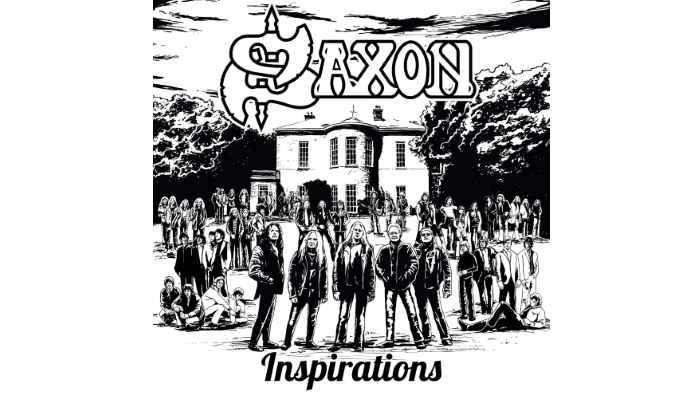 There comes a time when bands that've had a lengthy career want to put out a record that shows their influences and that time has come for long-running English band Saxon. Here the guys, with singer Biff Byford at the microphone, rock through a set of 11 songs that'll mostly be familiar to listeners. The set begins with an homage to the Rolling Stones and a run-through of super oldie "Paint it Black," which of course rocks much harder than the original while also giving a nod to the sitar riffs that Brian Jones played on the song. It stands to reason if vintage Stones songs were an influence, so were Beatles cuts from the same era, and Saxon here hop up "Paperback Writer" and fully meet the challenges of the song's vocal harmonies. Byford does an excellent Ozzy Osbourne on a cover of Black Sabbath's "Evil Woman" and he and the band tackle other legendary classic rock acts with a take on Led Zeppelin's "Immigrant Song," Deep Purple's "Speed King," AC/DC's "Problem Child" and for their tribute to Thin Lizzy, going not with one of the band's big hits but instead with "The Rocker." As influences go you might not expect Toto and the Kinks to be on the list, but early Toto hit "Hold the Line" turns out to be a great choice of covers, and the somewhat obscure Kinks cut "See My Friends," an appropriate title for a covers album, closes the effort. Also included are takes on Motorhead's "Bomber" and Jimi Hendrix's "Stone Free." By design Saxon have stuck close to each song's original arrangement here.