The Windsong Spires - Echo Us 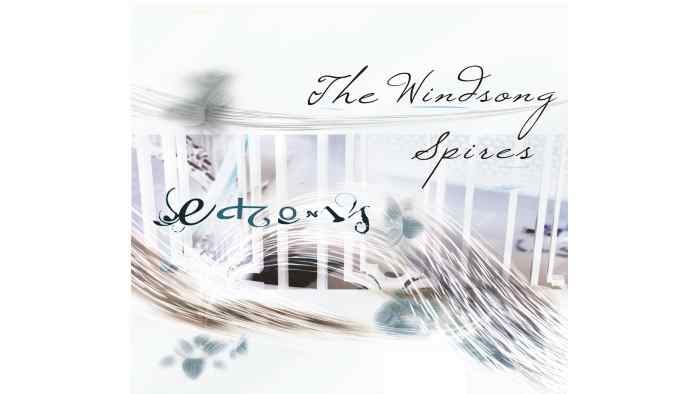 Echo Us is the name Ethan Matthews has given his progressive rock recording. Titled The Windsong Spires, this eleven-track release is packed with beautiful sounds. Although labeled 'progressive,' it leans more toward, perhaps, an antiquated genre term: New age. This music is sweepingly melodic, whereas much of the music that is most strongly associated with progressive sounds, is much harsher and more complicated. Matthews never lets his compositional instincts lose focus on always retaining memorable melodies.

Matthews is undoubtedly a DIY artist, playing guitars, synthesizers, percussion, hammered dulcimer and glockenspiel on this collection, as well as doing the programming. He's not completely alone, though, as Andrew Green also provides drums and percussion. The most significant addition to this recording's overall mix, however, is vocalist Charlotte Engler. Engler is a classical singer, who oftentimes performs with the coral ensembles Cantores in Ecclesia and Capella Romana.

Although everything on this disc is expertly performed and produced, one titled "And When They Dance At Dusk" stands out most of all. It features an attractive, lilting rhythm that aurally suggests a room full of waltzing dancers. As you might expect, most of these tracks are longer than typical pop songs. The album closes with the precious "Under The Smallest Sky," which is a full 11:40 long. Matthews himself handles this concluding recording's lead vocal.