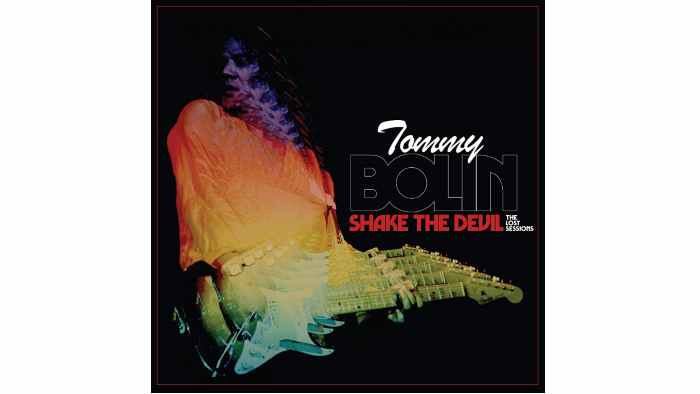 When guitarist Tommy Bolin, 25-years-old, died of a heroin overdose in 1976 he left behind an impressive body of work for someone so young. As a member of The James Gang (post Joe Walsh) he played on the albums Bang and Miami before moving on to a short stint with Deep Purple where he replaced the much-revered guitar god Ritchie Blackmore for the Come Taste the Band album. Billy Cobham gave Bolin a chance to play in a fusion jazz style by hiring him for his Spectrum album, and it was Bolin's desire to play in different styles that led him to his solo career and the releases Teaser and Private Eyes. Clearly on the verge of something very big, Bolin's self-sabotage with drugs relegated his career to that of cult following. And that cult remains strong and continues to grow, thanks in part to estate-approved archival releases that have been issued in the past 25-years or so. The latest vintage material to come on sale, Shake the Devil: The Lost Sessions is the only archival release that features material from the sessions for Private Eyes, the second and final of Bolin's solo albums. As such it features some type of version of all eight songs found on the original album, including fan favorite "Bustin' Out for Rosey," here with the mid-song keyboard solo being more of a freak-out than the polished previously-released version. Perhaps drawing on his time with Deep Purple, the Private Eyes version of "Post Toastee" rocked with that band's flair; here fans are treated to a bluesy, stripped-down demo version with Tommy playing fuzzed-out guitar. Ironically the song's lyrics warn of getting caught up in the drug life; "Don't let your mind post toastee/Like a lot of my friends did." Three versions of the sublime acoustic number "Gypsy Soul" are included, and "Hello Again" is heard here without the string arrangements. The alternate version of "Sweet Burgundy" is much like the Private Eyes version, while two versions of "Someday We'll Bring Our Love Home" are both instrumentals, one of which has a bit of a Southern rock feel to it. A funky instrumental rocker not found on Private Eyes, unearthed without a title, is here simply dubbed "Tommy's Instrumental." Of course a version of the earthy rocker "Shake the Devil," the cut that gives this collection its name, is included. If only Bolin had been able to shake the devil.