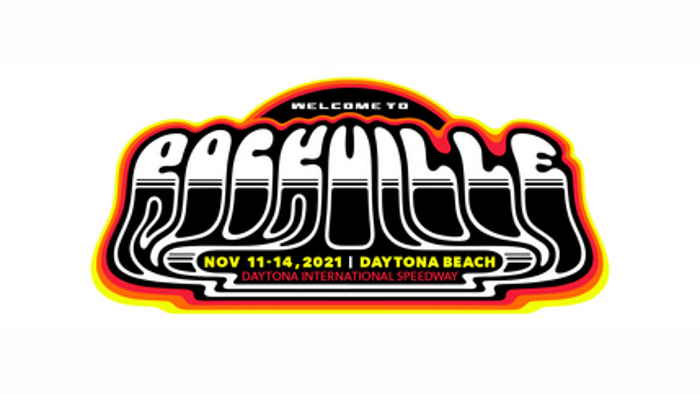 After taking place in Jacksonville for nine years and being delayed a year by the pandemic, the beloved metal and hard rock festival Welcome to Rockville moved down the Florida coast to Daytona Beach for its 10th edition. And the festival didn't move to just any old venue; four days of musical madness played out November 11-14 on the infield of the vaunted Daytona International Speedway, home of NASCAR's Daytona 500. A total of 161,000 fans rocked out with stars like Metallica, Anthrax, Rob Zombie, Lamb of God, GWAR, Pennywise and dozens of others over the course of the event. AntiMusic.com was there on the final day of the event and here's a readout of some of the fun we had.

Music took place on four stages with the larger Space Zebra and SiriusXM Octane stages placed at opposite ends of the infield with the Rockvillian stage situated about half way between them. There was also the smaller Twitch stage where up-and-coming acts like Lone Wolf, Widow7, Dead Reckoning, Zero 9:36 and Mississippi's Magnolia Bayou performed. It was no surprise to see Sleeping with Sirens rocking the big Space Zebra stage as the band has a huge local fan base thanks to having their roots in nearby Orlando. With singer Kellin Quinn roaming the stage singing and screamo-ing, the group ran through a set that included "Agree to Disagree," "Leave it All Behind" and "Kick Me" which rumbled to a hard-hitting drum attack from Matty Best. The band saved their hit from last summer, "Bloody Knuckles," for near the end of the show. 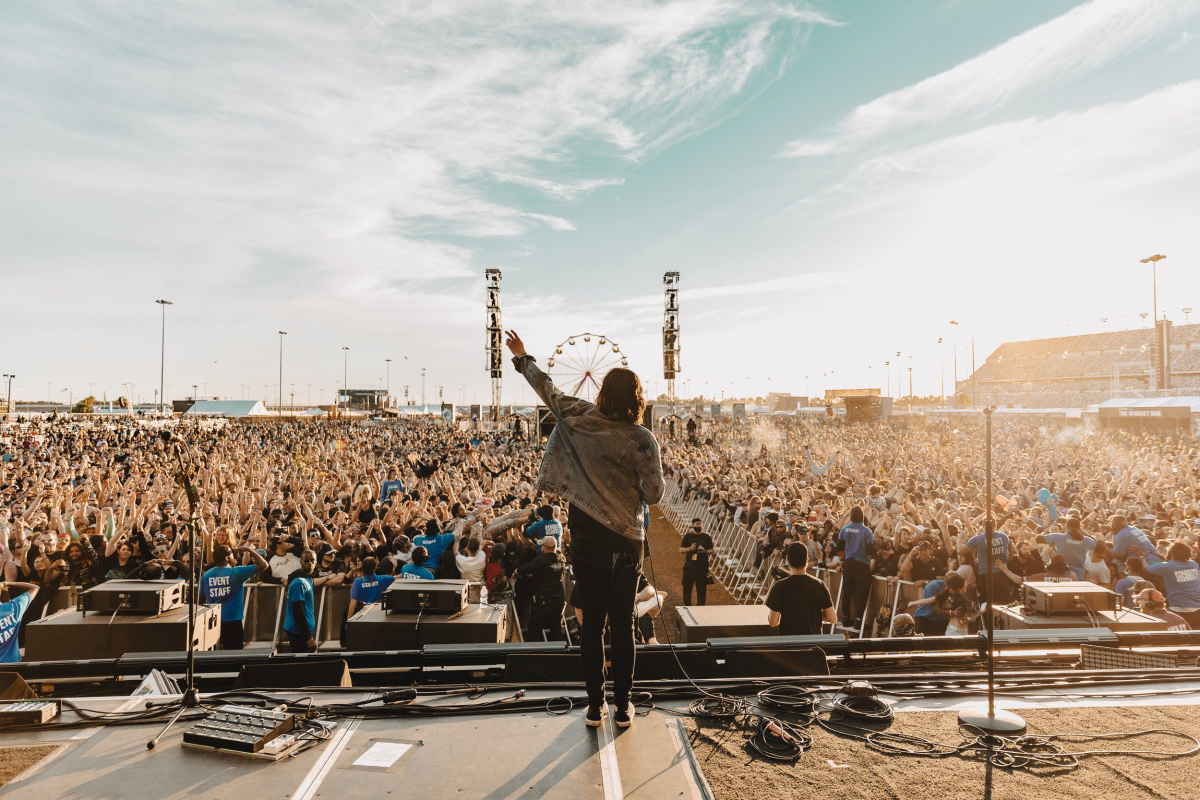 While numerous bands that played at this year's Welcome to Rockville used makeup and costuming to look scary, perhaps no player was more evil looking than Ryan Martinie, the bass player for the recently reunited Mudvayne. While the whole band looked diabolical, Martinie wore devil horns on his shaved head that looked for all the world to be actual implants but weren't. What really made Martinie look demonic though was his ability to sort of bug out his eyes, giving himself a truly frightening look when he did. It goes to show that a little acting is more powerful than a bucket of mascara. Martinie held down the low end on a set that included "Death Blooms," "Internal Primates Forever," "Nothing to Gain," "Happy" and "Dig." Lead singer Chad Gray demonstrated his ability to perform long sustained screams throughout the set. 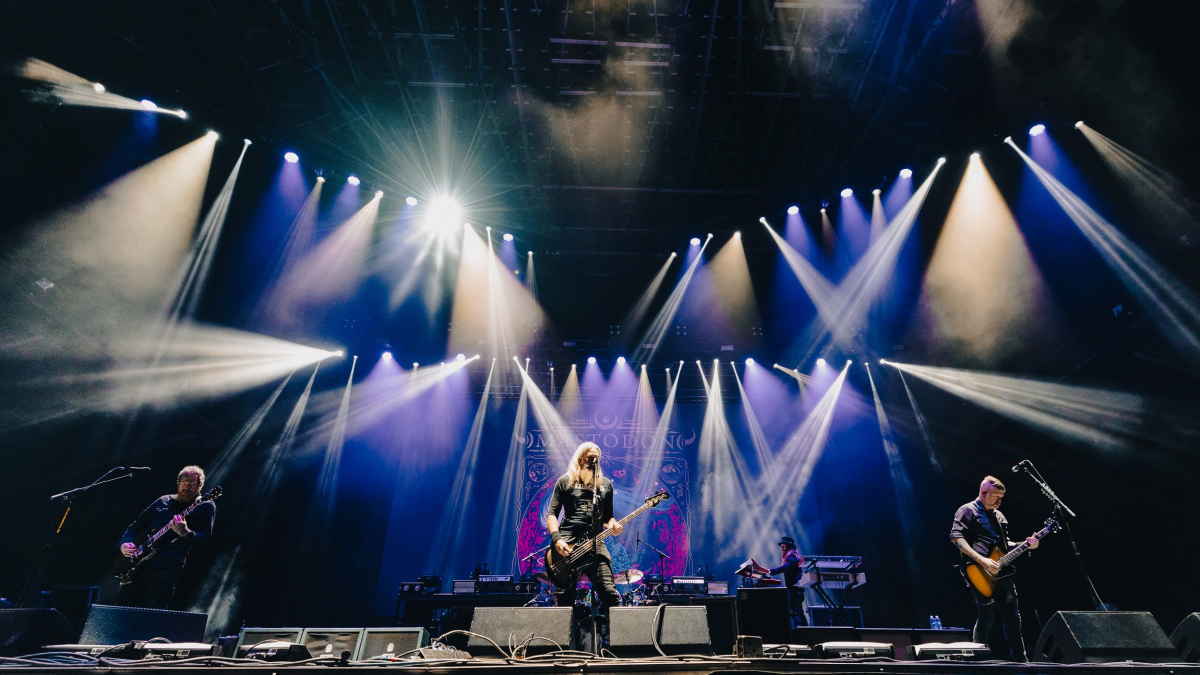 Mastodon brought their show to the large SiriusXM Octane stage and played a set of pummeling stoner metal that was a spectacle that no doubt would have rivaled the sights and sounds of a stampeding herd of the ancient extinct animals that the band is named after. Everyone in the foursome was at the top of their game with drummer Brann Dailor rocking especially hard. Mastodon's set was an almost non-stop barrage of tracks like "Crystal Skull," "Megalodon," "Black Tongue," "Steambreather" and "Blood and Thunder. 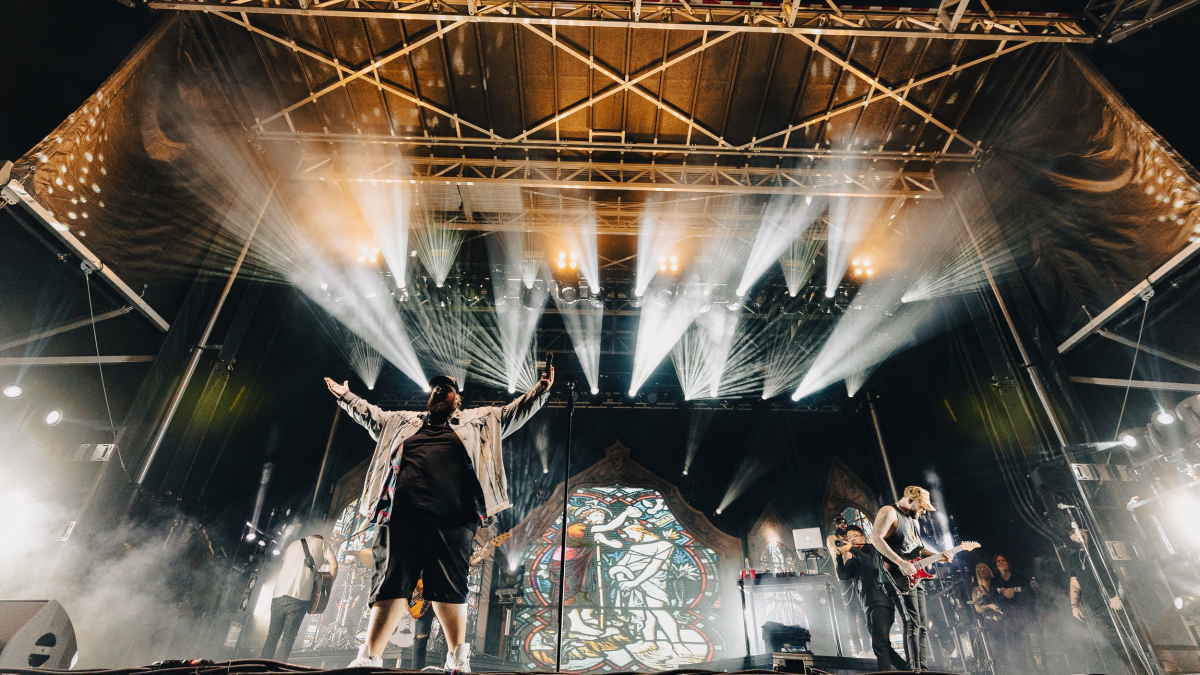 One of the more unique performers on the final day of Welcome to Rockville was the Nashville-based rap rocker Jelly Roll (real name Jason DeFord.) Jelly began his set with "The Hate Goes On," during which he asked the crowd to "put your middle fingers up" and was quickly obliged. With his lyrics and stage patter liberally peppered with F-bombs and MF-bombs, Jelly's set certainly wasn't for tender ears. But Jelly had his fans in the palm of his hand; they cheered when he proclaimed "I make therapeutic music" and they again obliged when he asked for a singalong during "Creature." Other songs in the metal rapper's set included "Only" with its lyric of "I only feel right when I'm doing wrong" and the self-deprecating "Same A**hole." After explaining that his music is influenced by lots of different genres Jelly proved the point by performing a medley of Eurythmics song "Sweet Dreams" mashed up with Eminem's "Lose Yourself" and Outkast's "Ms. Jackson." 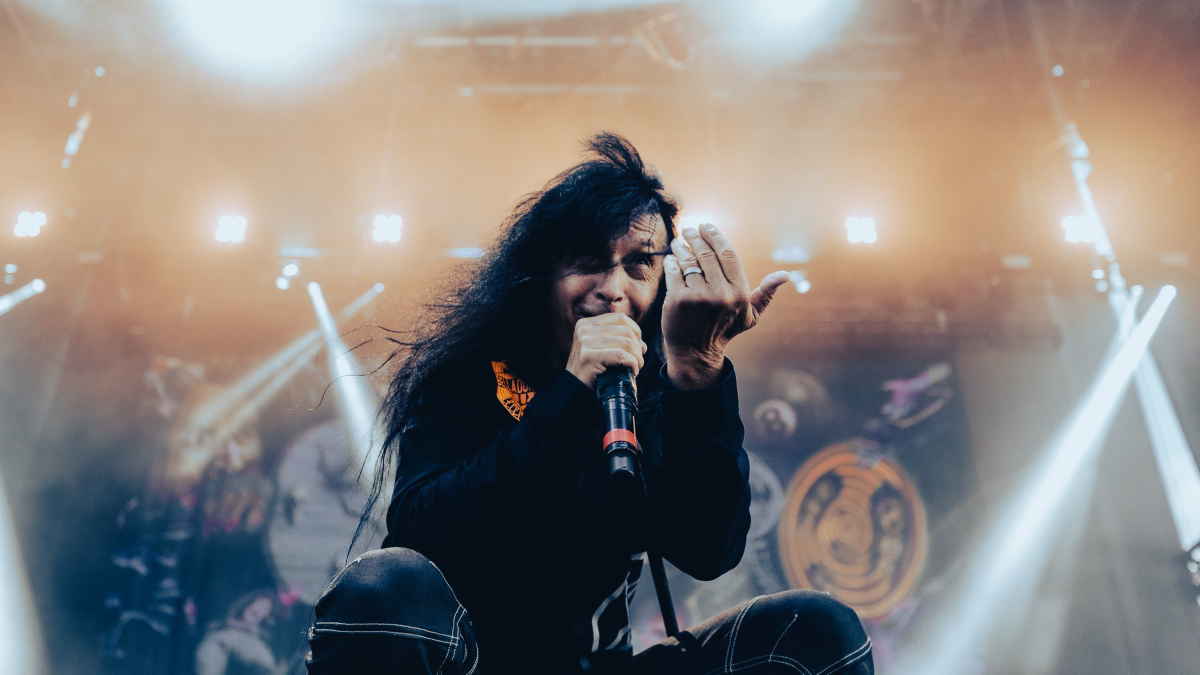 Anthrax, one of the biggest metal acts of all time, played a show featuring favorites from throughout their career. The New York City thrash kings, noting often that they're celebrating 40-years in business, performed "Among the Living," "Madhouse," "I Am the Law" and of course signature tune "Caught in a Mosh." The band played their interesting interpretation of Joe Jackson's "Got the Time" and also a take on "Antisocial," originally done by French band Trust. The tribal beat of "Indians" closed out the Anthrax show.

Besides the music there was a Ferris wheel, ESP guitar displays, freebies from Gummi Fun Mix, an Art Tent and lots more including plenty of stands selling food and adult beverages. The festival offered VIP options and camping on site, and all four days were blessed with the fantastic mild autumn weather that Daytona Beach is known for. While this much-delayed iteration of Welcome to Rockville uncharacteristically occurred in November, the festival is back on track for a spring date in 2022 when it will take place May 19-22, once again at Daytona International Speedway. Superstar groups already set to appear include Foo Fighters, KISS, Korn and Guns N' Roses. Find more information here.

There are lots of things to do in Daytona Beach all year-round and you'll find information to help plan your visit here.