Get to Know: Loveland Duren Explain 'The Memphis Thing' 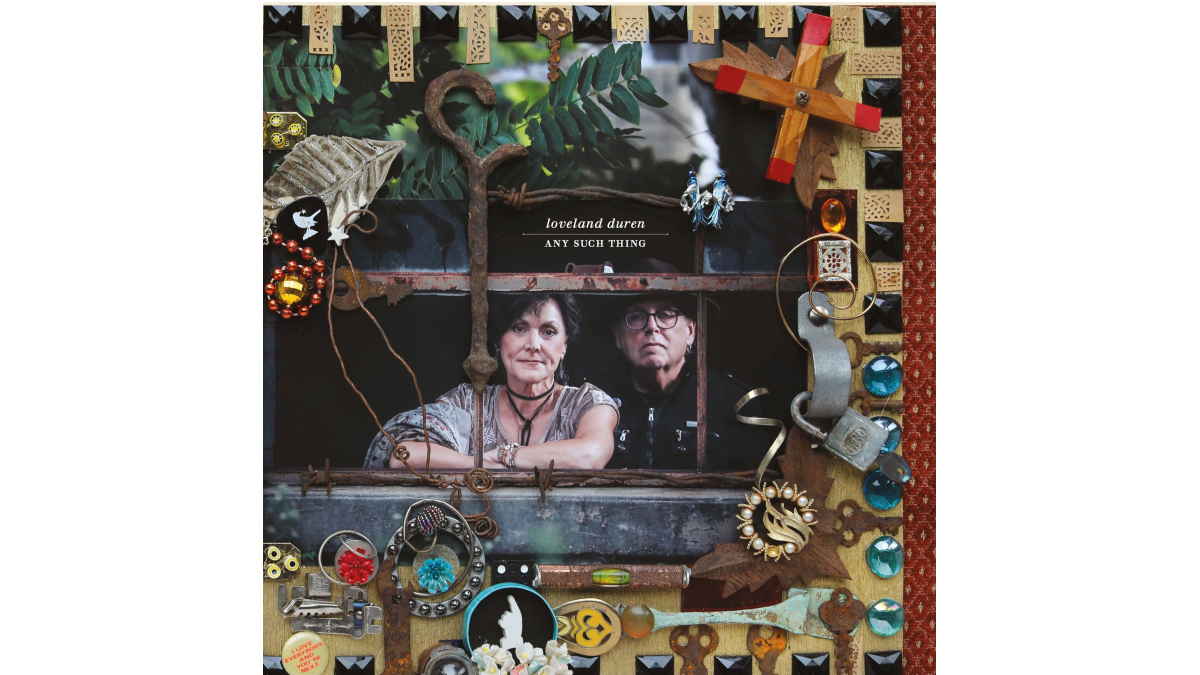 Like many an impressionable youth Van Duren decided right then and there, that evening in 1964 when he saw the Beatles on "The Ed Sullivan Show," that he was going to be a musician. Not only did Duren fulfill that aspiration but some 20-years after that fateful night he got to meet and work with Beatles drummer Ringo Starr. In 1987 Duren was fronting a popular Memphis band called Good Question and playing a show at Bombay Bicycle Club, at the time one of the hottest clubs in Memphis, when who should walk in but Starr, his wife Barbara Bach and producer Chips Moman. Starr gave Good Question a standing ovation after they played the Fab Four hit "Penny Lane" and later explained to Duren that the Beatles never got to play that song live; Duren in turn gushed that it was because of the Beatles that Good Question even existed. Amusingly, Ringo quipped, "Oh, don't blame me!"

Today Duren is teamed up with fellow Memphian Vicki Loveland in Loveland Duren and like Van, Vicki has a lifetime's worth of experience on the Memphis scene and the stories to go along with it. Having worked with Memphis legend Alex Chilton (the Box Tops, Big Star) and various Stax Records stars including blues man Albert King, Loveland tells of a fun time she had with Stax soul man Isaac Hayes.

"We have this thing in Memphis called the Cotton Carnival," Loveland says. "Every year all these different krewes dress up in over-the-top regalia and throw these massive and extravagant parties, and I worked for many years with a 14-piece orchestra that performed at these events. One year we backed up Isaac Hayes and none of the guests knew he would be playing. It was a hush-hush top secret affair. So we take our places on stage and start the guitar line from "Shaft" and out walks Isaac in gold lamé stacked heel boots with a full gold suit and a gold lamé cape to match. To keep his identity hidden he was topped out in a full authentic-looking King Tut mask! You can imagine the energy in the room when this icon finally took the headdress off, under which he was wearing his famous gold aviator sunglasses. We kicked into "Shaft" full tilt boogie and the awe, excitement and intensity was palpable. And Isaac was an absolute prince."

While acts like Elvis Presley and B.B. King may have put Memphis on the musical map, it is artists like Loveland and Duren who keep the fire burning. The passion that the pair feel for Memphis has its roots in many different things and is sometimes a bit difficult to pin down. "Memphis has always had an integration and blending of musical cultures and styles; there's a real love for the songs and friendships we make as a result of the struggles we live through together," says Loveland. "The influences of people like Elvis, Al Green, Ann Peebles, the Hi Rhythm Section, Rufus Thomas and on and on; the history and environment have been embedded in our DNA. It's a soul and a determination of grace. And you know, Memphis is really just a big city in the middle of cotton fields and farms, with so many musically talented people born from those roots and that energy. It's not something you can fake."

Duren adds his take on the 'Memphis Thing.' "Soul and R&B have influenced Loveland Duren's music, Exhibit A being Vicki's amazing vocals. Then there's the power pop side of it, like with Big Star and Chris Bell, and rockabilly too. There's no way to avoid those styles really, and why would we? Now, those genres are sometimes overtly present on our records but more than that there's an overall Memphis feel, a pocket or groove that is inherent in great Memphis players and singers. That authentic feel is innate in what we do. Vicki and I and our band deliver a collection of songs that are wide-ranging stylistically, yet uniquely ours. And it is always about the feel, that wide-as-the-river Memphis Thing."

The best way to get a handle on the Memphis Thing is of course to listen to the music that's made there, either live or recorded. In the case of Loveland Duren their latest effort is called Any Such Thing, featuring 10 songs that are, as Duren stated, varying in style. There's the jangle pop of "Tumbledown Hearts," the Heart-like rocker "A Place of No Place," the soulful reflection of "Within Crying Distance," which namechecks Memphis, and the twangy Americana of "Bridges I Had to Burn," all reflecting the Loveland Duren take on the Memphis Thing. There's even a hint of the Beatles in the orchestration of "Funny Way of Showing It." Ringo may be to blame after all.

Watch Loveland Duren's video for "Within Crying Distance" below: