"Life is So Strange - Missing Persons, Frank Zappa, Prince & Beyond" By Dale Bozzio with Keith Valcourt 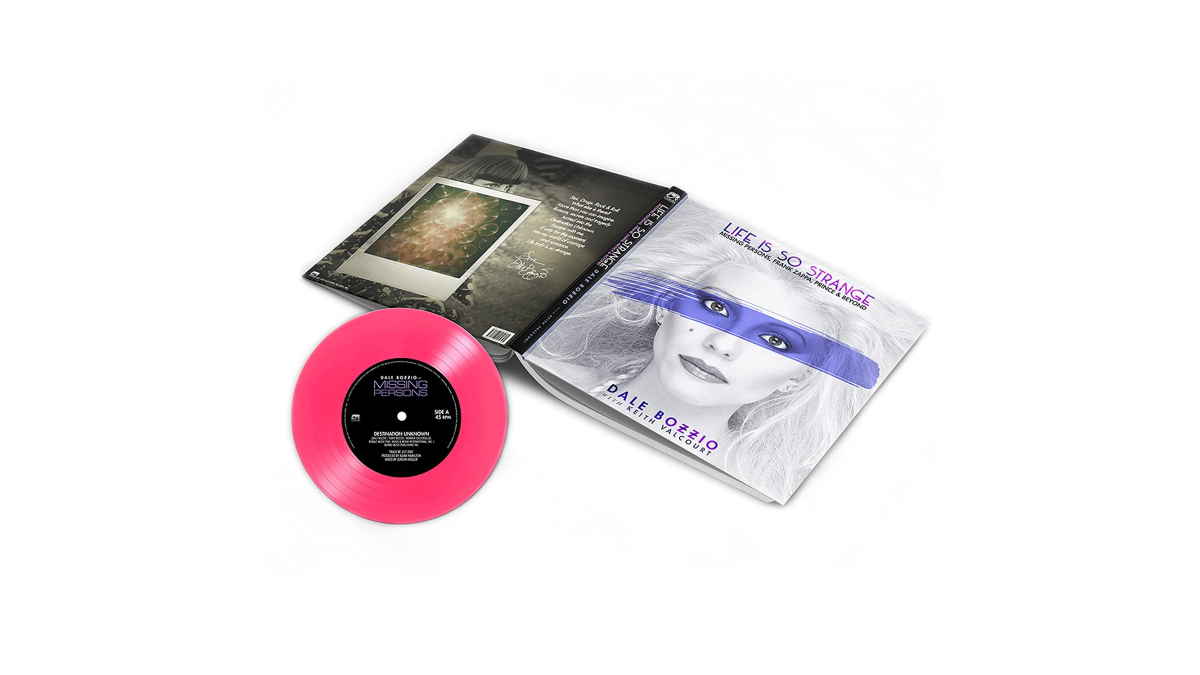 Here's the life story so far of Dale Bozzio (born Dale Consalvi) the frontwoman of Missing Persons. And oh what a story it is! Many memoirs bog down early with tales of childhood but "Life is So Strange," named after a lyric in the Missing Persons hit single "Destination Unknown," is an exciting page-turner from the get go as Bozzio details her early years growing up in a Victorian "castle" in Medford, MA with a father who was loving but violent, which caused her mother to desert the family (Dale reconciled with her later.) An uncle who often visited the home was mixed up with assorted criminals and gunplay was a common occurrence in the home. Her brother went to prison after bungling a bank robbery. Dale got through all this by using the personality traits that she displayed throughout her career and still today: tenacity and a vision of what she wanted and the fearlessness to go and get it. Readers will hear about Bozzio's exploits as a Playboy Bunny and her elevation to Boston Playboy Club Bunny of the Year in 1975 and marvel at the hilarious story of how she met Frank Zappa, a lifelong mentor and friend, by shimmying up a fire escape (in high heels) and crawling in a restroom window. Zappa later would use Bozzio on his Joe's Garage albums and other releases, and he was the one who suggested Dale start a band with his own band members Terry Bozzio and Warren Cuccurullo. Zappa suggested the name Cute Persons for the band that instead called themselves Missing Persons, who recorded their first music in Frank's brand new home studio and went on to have a smash hit with their debut album. Dale covers her marriage to and breakup with Terry Bozzio, relates tales of her affairs with John Waite, Prince, Cuccurullo and others, as well as "near miss" almost affairs. Dale's love of fast sports cars plays a part throughout and there's an amusing story of how she took Prince for a ride that nearly scared the purple out of him. There are horrifying passages too, like when Bozzio, in an attempt to avoid rape and possible murder by a hotel room intruder fell 40 feet out a window of a Holiday Inn in Los Angeles, bouncing off the hotel's giant sign on the way down, ending up in and out of a coma and enduring a long painful rehab. Then there's rehab of another sort as she details how she tried to get away from cocaine abuse. Bozzio fully indulged in the excessive behavior of being a rock star and admirably she owns it; she admits that she was out of control and takes responsibility for the Missing Persons breakup. Bozzio has a very endearing way of relating her story, using plain talk, and the reader can't help but feel for her when she slips and when she succeeds. Dozens of photos from Dale's personal archive are included as are some lyrics and poems. The stories here are so vividly related that it's pretty much a given that the next time you sing along with the Missing Persons hit "Noticeable One" you will think of noticeable Dale in a whole different light. Get your copy here (affiliate link).