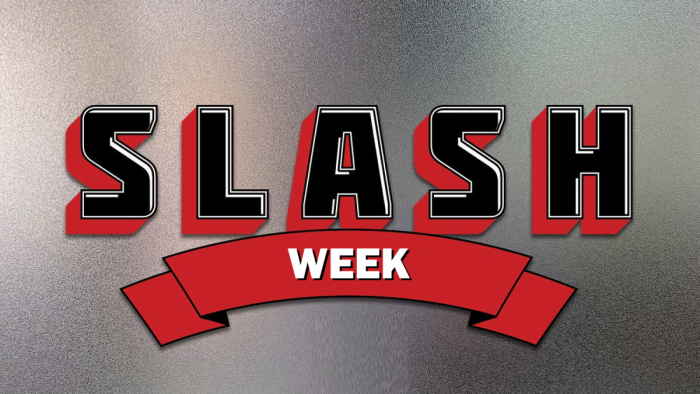 This past Wednesday over 2000 weekday concert warriors braved the last push of winter to see one of rock n roll's greatest guitarists in the flesh. Slash featuring Myles Kennedy and the Conspirators made a stop in the Windy City with the "The River is Rising Tour", which kicked off in mid-February 2022. Chicago was one of 28 stops on the tour, which was in support of their new album "4", released in Mid-February of 2022. Slash was joined by vocal powerhouse Myles Kennedy and his band of Conspirators. Kennedy looked like he hadn't aged since his legendary cameo in the Mark Wahlberg movie Rockstar, which was a great dose of foreshadowing Kennedy as a true Rock 'N' Roll frontman. If it was even possible, Kennedy's vocals are stronger and more powerful now than they had been over the past 20 years.

The 21-song set covered plenty of ground and featured lots of work from their new studio album, past solo material from Slash, and even a few notable covers. A chilling rendition of Elton John's "Rocketman" helped Kennedy to showcase his soaring powerful vocals and Slash's insane versatility on the guitar. The omission of Guns N' Roses songs from the evening's set was disappointing yet understandable, as Slash had just played Wrigley Field with Guns n Roses a short six months ago. The new material did provide plenty of reminiscent Guns N' Roses style riffs to Slash's signature shredding and guitar leads curlier than Slash's hair. "Fill My World" was a great showcase of a "Sweet Child O' Mine" style riff and "The One You Loved is Gone" featured one of the best live guitar solos I've ever heard.

As if the presence of one of rock's greatest guitarists was not enough, Kennedy and Company were joined by the Conspirators, which consists of guitarist Frank Sidoris, bassist Todd Kerns and drummer Brent Fitz, whom all added even more flair to the music, making it a truly visceral experience. Kennedy and Todd Kerns also shared double duty on vocals, which helped to provide some extra flair to the show. To provide even more flare, Slash even incorporated the use of his trusty voice box; however, his voice could clearly be heard through his guitar playing.

It was hard to differentiate who had more swagger on stage...Slash or his legendary arsenal of guitars, which included a vast array of legendary Les Paul's, he even broke out a legendary double necked Gibson SG to perform an amazing version of "The One You Loved is Gone" for a bone chilling solo that could only be topped by something like November Rain. Guitar legends such as Jimmy Page would've been in awe looking at how Slash became one with the double necked guitar. Every cell in Slash's body connected with the guitar and it was truly an inspiring experience, especially for someone that loves loud and proud guitar parts. While this was one of the best solos of the night, one simply cannot overlook the epic Myles Kennedy triangle solo, which is an art that has not been perfected since Martin Short's character Ed Grimley on the late night television show, Saturday Night Live. It might be a debate for the ages of who played it best!

It is amazing to see how alive Rock 'N' Roll really is, especially on a random Wednesday in March in the Windy City. This show was truly a treat and will live on in thousands of people's memories and camera rolls for years to come. The pain from standing on the concrete floor in the general admission pit was only temporary, and well worth it to be at such a memorable show that this reviewer will be talking about for many years to come!