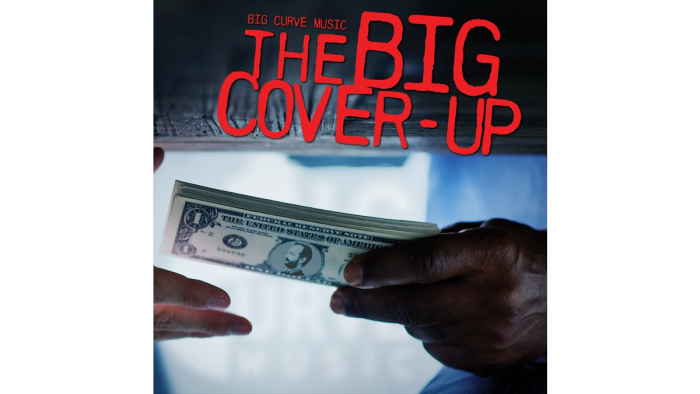 Can you even imagine a various artist album filled with cover songs that features Billy Idol, Starship and Butthole Surfers songs? I couldn't either. However, wait no longer. Titled The Big Cover-Up (a wonderfully smart title, by the way), this album takes you on a surprisingly diverse overview of alternative rock cover versions.

The project opens with "Eyes Without A Face," and 51 Peg croons it nicely, just the way Billy Idol did. This one is followed by Landis Harry Larry doing "We Built This City," which is a song much hated by many. In fact, some polls have listed it as the worst rock song of all time. It's listenable, and then some, in Landis Harry Larry's hands, though, as this artist deconstructs it and rebuilds it into a Bauhaus-like Goth song. Nice! Idiot Code takes a journey in the way-back machine, going all the way back to Creedence Clearwater for "Fortunate Son." It's performed like an angry punk rock song. This is likely how CCR might have rendered it, had that act come along during CBGB's heyday. The only minor misstep is Leviathen's "The Killing Moon," which is a slightly techno take on Echo And The Bunnymen's signature song. The act probably shouldn't have messed with that little slice of recorded perfection.

The Big Cover-Up amounts to a fun selection of song re-imaginings. If you listened to KROQ, back when that station was still cutting edge and more unpredictable than it is now, this is one consistently fun gathering of (mostly) radio songs.