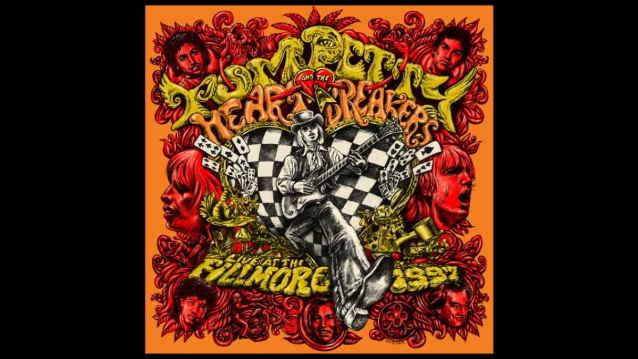 (hennemusic) Tom Petty And The Heartbreakers are sharing a lyric video for the live version of the singer's 1989 classic, "Runnin' Down A Dream", from the recently-released album, "Live at the Fillmore 1997."

Audio from the performance of the second single from Petty's solo debut, "Full Moon Fever", was captured during the band's 20-night residency at the famed venue in San Francisco, CA as they delivered unique setlists during every night of the series.

The 2022 release of the Fillmore album features more covers than originals, paying tribute to the artists and songs that shaped Petty's love of music as he was growing up; highlights include versions of tracks first recorded by Bob Dylan, The Rolling Stones, The Kinks, Everly Brothers, Bill Withers, Chuck Berry, and more, and guest appearances by Roger McGuinn of The Byrds and blues legend John Lee Hooker.