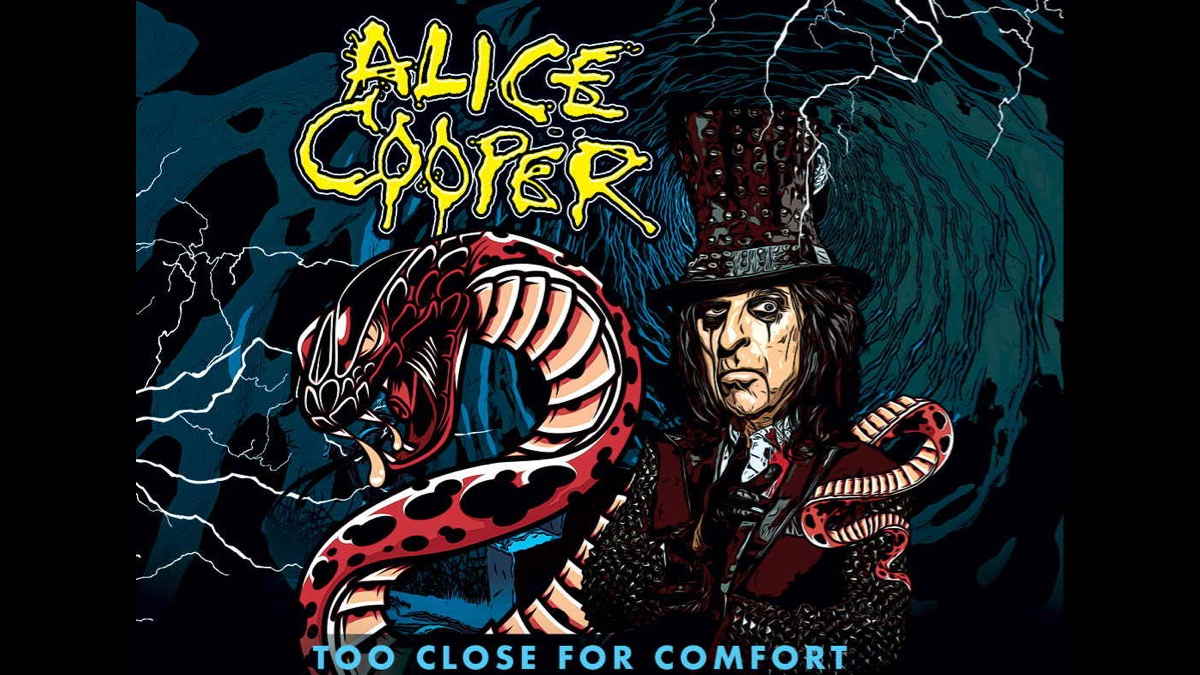 (Atom Splitter) Alice Cooper is headed back on the road this Spring. After a successful and busy 2022 that saw him traverse North America and make a triumphant return to Europe, he is once again embarking on a U.S. run, bringing with him an all-new stage show he's calling "Too Close For Comfort."

The tour kicks off on April 29 in Youngstown, Ohio and runs through May 18 in Biloxi, Mississippi. All dates are below, with additional dates to be announced at a later time.

Cooper, a Rock and Roll Hall of Fame inductee, typically spends up to six months a year on the road, bringing his iconic brand of rock psycho-drama to fans both old and new, enjoying the performance as much as the audience does.

Known as the architect of shock rock, Cooper (in both the original Alice Cooper band and as a solo artist) has rattled the cages and undermined the authority of generations of guardians of the status quo, continuing to surprise fans at every turn, like a great horror movie. Alice Cooper concerts remain a "not-to-be-missed" attraction!