Singled Out: The Aaron Clift Experiment's Bet On Zero 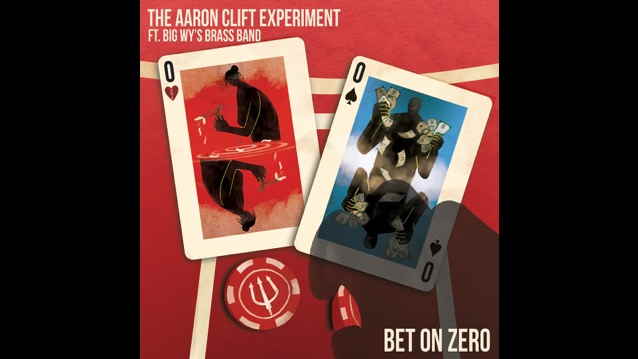 Austin, Texas prog rockers The Aaron Clift Experiment just released their new album, "The Age of Misinformation", and to celebrate we asked Aaron to tell us about the track "Bet On Zero". Here is the story:

"Bet on Zero" is a song that started off very simple and grew and grew into its final form. The initial idea came about one day when I was going for a walk. I had a bass guitar riff in my head that had a bit of a swing feel to it that had some promise. So, I recorded the idea with me beatboxing into my phone, and then when I got home, I started working it out on my keyboard. I thought that the bass riff had a jazzy and bluesy feel to it, so I expanded that riff into a whole song and added a vocal melody to it.

The initial bass riff idea that I wrote had a tricky rhythmic feel to it, so I found myself using numbers to help me track the phrasing for the song. I ended up liking this so much that I thought that it would be interesting to incorporate a number countdown in the lyrics. When you listen to the chorus of the song, the story unfolds with a sort of delayed countdown to zero. I sang a bunch of different words with "zero" in the phrase until I found the phrase, "Bet on Zero." I knew then that I had a good title for the song, and then the story of a gambling addict developed from there.

I presented the song with the bass guitar part plus vocals and lyrics to my bandmates in late 2019. Chase Ozment, our drummer at the time, reminded me that he also played percussion in Austin brass ensemble, Big Wy's Brass Band, and he said that the song could be a really cool collaboration between The Aaron Clift Experiment and BWBB. I was very excited by the idea of writing for a brass band - I grew listening to jazz and have always been a big fan of big band writers like Duke Ellington and Charles Mingus. I presented the song idea to Big Wy's Brass Band leader, Will Wright, and he loved the idea. He told me that I could write the song for 3 trumpets, 2 trombones, 1 alto saxophone, and 1 baritone saxophone, so I did. It was a fun challenge putting together the arrangement, but I'm happy with the results.

In the grand tradition of jazz, "Bet on Zero" features lots of solo sections. Though, we do things with some quirky rhythms and nods to other genres, so I guess you could say that this is a prog jazz song!