Singled Out: Taydem Shoesmith's Are You Clapping? 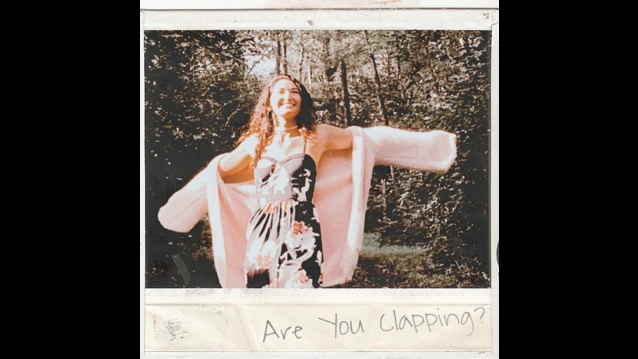 Singer-songwriter and actress Taydem Shoesmith just released her brand new single "Are You Clapping?", and to celebrate we asked her to tell us about the track. Here is the story:

I think this is my first song that was written out of anger. I remember writing in my lyric book about how frustrated I was with the people around me and society in general. The first lyric you hear is "Apparently," and I just think that is the perfect word to begin this song. It's a word with an underlying meaning of "Even though I don't agree or think this way, I guess this is the way most people want me to think." It has sass to it, which really sets the tone of the song.

My song talks about love, but more about the way in which society makes love and dating toxic. We think we have to act like the perfect person when we talk to people or go on dates. We're kind of setting ourselves up for failure because we're acting like someone we think they want to be with. I mean it makes sense because in the past relationships weren't about love or connections. They were basically just business deals. I guess I just got to the point of wondering why I was doing this. Why were people telling me to talk more, smile more, flirt better, don't be boring, etc, so often when it came to relationships. Because not only was it exhausting to keep that facade up, I was also disappointed in myself for basically faking who I was just to catch some guy's attention.

So through this song, I'm saying that I'm done putting up a show. "Cut the cameras, no I'm not acting," is kind of an ironic line for me because I'm also pursuing acting. So while I should be acting when the cameras are rolling, I didn't want to keep playing this character in my real life. The main line of the chorus and title of the song "Are you clapping," is one of my favorite lines in the song. It's a bold and confident statement. It has that feeling of being happy with the choice that you've made. It's like saying, "I made a good choice, and I believe it deserves some applause!" Having confidence in the choices we make are very important, no matter if it's relationships, jobs, or life in general. And that is the message I hope people will take away from this song. Plus when you sing "Are you clapping" you definitely get main character energy!

Hearing is believing. Now that you know the story behind the song, listen and watch for yourself below and learn more about Taydem here

Singled Out: Taydem Shoesmith's Are You Clapping?