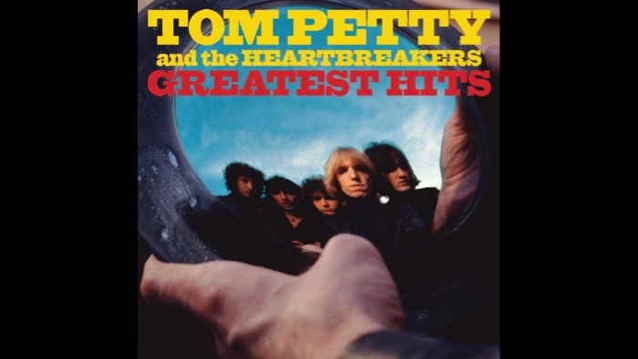 Tom Petty Singled Out Special was a top 22 story from Oct. 2022: To celebrate what would have been music legend Tom Petty's 72nd birthday on October 20th) we turned things over to another legendary figure in the music business, SRO founder and President, Mitch Schneider, for a very special Singled Out with Tom featuring excerpts from an interview that Mitch conducted with Petty in 1993, where they focused on key lyrics to some of Tom's most beloved songs for the Greatest Hits album.

Mitch had this introduction for this special, "When it came time to create a bio for Tom Petty and the Heartbreakers' 'Greatest Hits' album, a Q&A with Tom talking about each song made the best sense. He invited me to his house in Encino, and as the sun was going down, he lit up a joint and said I could ask him whatever I wanted to. I knew this had to be special, so I chose in advance particular lyrics from each song so I could get his mind laser- focused on each tune. He liked my approach because there's nothing worse than simply asking a songwriter, 'What's the song about?' Tom was really generous with his time and told me some things that he had never revealed before, like how his wife Jane was at a party while he was out on the road and she had a 'scary circumstance' there with Ike Turner. And that gave him the impetus to write 'Listen To Her Heart.' This was one of the best days of my career as a publicist. I floated out of his house that day knowing he gave me a piece of his soul that I could share with the world."

"Listen To Her Heart"

(T. Petty); Producer: Denny Cordell, Noah Shark, Tom Petty (from You're Gonna Get It, 1978)
"You think you're gonna take her away/

With your money and your cocaine/

Keep thinkin' that her mind is gonna change/

But I know everything is okay/

She's gonna listen to her heart"

Petty: "While I was on the road, Jane (Petty's wife) told me this story about how she went with our producer Denny Cordell to Ike Turner's house one night and was cornered by Ike in a scary circumstance. That is the little germ of an idea that started the song-we played it a lot onstage during our first tour before we even cut it-and I have Ike to thank for that. At the time, there was some controversy about the song. It was suggested that we change the word 'cocaine' to 'champagne.' That bothered me because it didn't mean the same thing at all. Cocaine is much more expensive than champagne and it didn't put it in the proper light for me. I thought since the song was putting the drug in a very negative context, there shouldn't have been anything wrong with it, but I do think that some stations wouldn't play it because of that."

(T. Petty, Jeff Lynne); Producer: Jeff Lynne, Tom Petty, Mike Campbell (from Full Moon Fever, 1989)
"You can stand me up at the gates of hell/

But I won't back down"

Petty: "I think this was probably inspired by the fire-when my house was burned down by an arsonist. I was at a point in my life where I was just really getting my sh*t together, as they say, and then this happened. It was a very traumatic experience to just lose everything. The only choice I had was to make it through and be as stubborn as this song is. That was probably my subconscious thought behind writing it. It's interesting-I get a lot of letters from people who'll tell me how I helped them through a crisis with this song. I'm most proud of it for that reason. And I was very moved when I heard about the pro-choice doctor who was recently killed. Before his death, he had been at a rally, standing up on his car playing the song-he adopted it as his theme because he was being harassed-through the car speakers. He was soon murdered and then they played this song for him at a gathering...This is probably my favorite single I was ever involved in. It's rare that you can get on tape everything the way you pictured it in your mind. The single sounded exactly like I thought it should, though I had a lot of help from a lot of really good people."

And the rocks might melt and the sea may burn/

But I ain't got wings"

Petty: "I really loved that song and still do. I think I was coming to grips with the view that you can be optimistic, hopeful and as good a person as you want to be, but it's not going to make life simple for you. Nothing will. You can have all the success you want and it's not going to make your life-really your personal life-much easier than anyone else's. The song was also influenced by the Gulf War. It was written during the time the war was breaking out, everything was very grey, and there were burning oceans and oil fires. I was disappointed by the war and the attitude of the American people. I certainly didn't blame the soldiers for going there, but I felt that few people wanted to challenge the Bush administration on its lies. It was a bad time and I really think it influenced the whole tone of the album."

You can read the full interview with stories behind over a dozen more songs here.