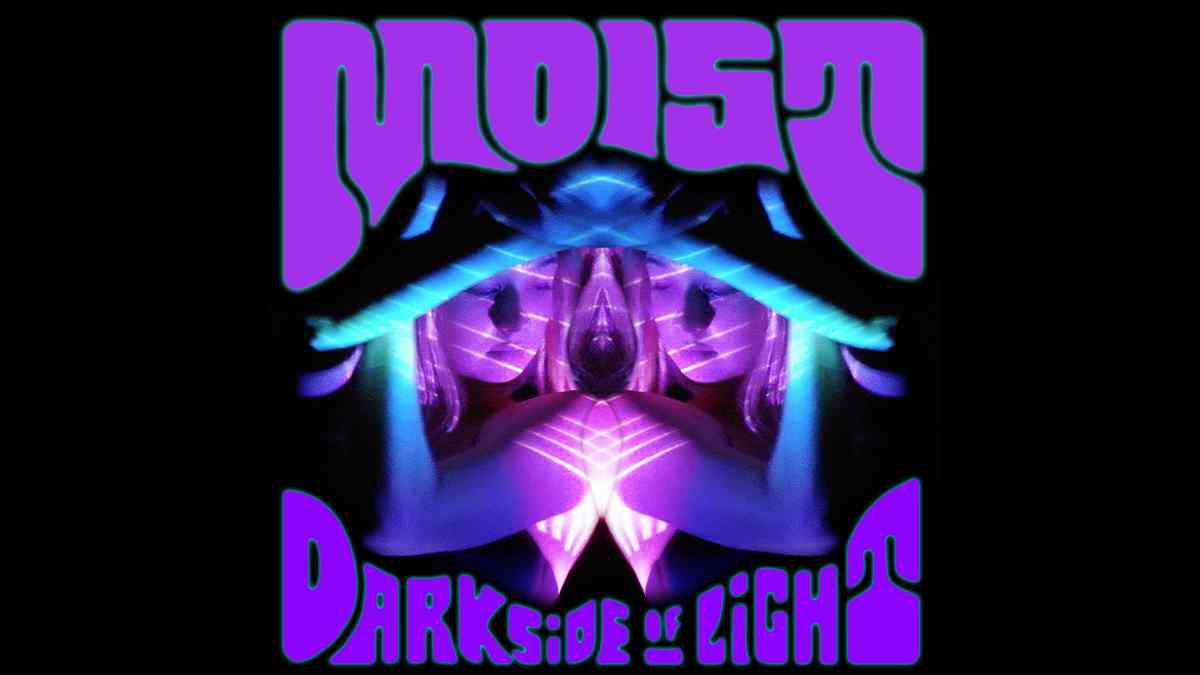 Dark Side of Light have released "Moist", the follow up to their hit cover of "Summer Breeze", and to celebrate we have asked Nik Frost to tell us about the new song. Here is the story:

What makes me most excited about our new single, "Moist," is that it really embodies the spirit of what we set out to do. We wanted to approach whatever this was going to be with a "child's mind" type of creativity in that we'd generate songs from non-traditional places and get into the creative water a bit over our heads so to speak. Bowie once said, and I'm paraphrasing, that when he felt like he was in the deep end of a pool, on his tip-toes, potentially about to drown, he was in a creative space where great things could happen.

We had been hit with the brutal news about the onset of the virus and were receiving startlingly different information from different sources making the whole thing all the more unsettling. At the time, we had just signed with William Morris Endeavor, and were about to put the ink on a substantial multimedia/record deal. Our management called with the news that not only were all of our respective incoming deals canceled, we wouldn't tour or play live anytime soon either. In one short, tense conversation, our manager was effectively killing all of our prospects to do anything with our music for at least the next year.

Devastated, I went into almost a dream state. He predicted food shortages, riots, the end of Western Civilization. While we're not quite there yet, we came pretty damn close. And, most of what he did predict wound up happening.

My partner on this current project and a longtime creative partner on most of my musical projects in general, Grant Conway, seemed to feel very similarly and we started talking about resurrecting some of the musical concepts we'd been tossing around for years. He's a successful TV and film music guy and I've dabbled in music publishing for all of my adult life. We'd gotten together on multiple occasions to work on music for various projects and had had a great time, so when he proposed we quarantine together for a minute and write, I was all for it. What else were we doing?

In our lives, we were both in similar situations and not only was the anxiety of the world moment affecting our decision making, the fact that work had essentially been canceled was affecting us as well. Instead of reaching for the traditional musical models as a means of finding "success" to make up for the loss we felt, we did the opposite and just made music to make ourselves feel good. There are extra bars in the song that do not belong. There is no chorus to speak of, just the word "two" repeated three times and digitally stretched to span the breadth of a 26 bar phrase. The song is probably a bit too long for what it is and I love it.

Sonically, our approach to recording the drums was all about layering parts and using different sub kick frequencies, 808-type of sounds. It's a very drum heavy track.

The basic drum tracks came from jamming multiple, live drum setups in a rehearsal room to some lo-fi samples with a couple of mics to create a stereo image. We then went in and tracked various drum parts such as fills and various patterns. From there we chopped up the parts we liked into loops and fills and used them to build the structure of the songs. We completely reversed the usual drum recording process and actually approached the final, completed drum tracks at the end when the songs were finished. It was a bit of a challenge especially getting the right kick sound. When recording the kick, we usually use two mics; one inside the drum at the beater head and one outside the kick. The problem with an outside kick mic is that it picks up all of the other drums being recorded. To circumvent that problem, Grant ended up making a special mic from an 8" speaker that was mounted on a pvc frame. It worked perfectly to record the sub frequencies of the kick and naturally isolated itself from the kit.

For me, "Moist" isn't a traditional "song." There's no lyrical hook to speak of, only this sleazy sounding, twisted "bass part" which isn't even really a bass part. It's actually not music at all in the usual sense, but when you add Grant's loopy, 90s, trip-hop/jazzy groove, it becomes something special and a hook within itself. I also wanted to give it a sleazy, obnoxious name to match the sleazy, obnoxious nature of the bass loop. The word "Moist" is an innate irritant for a lot of people for some reason: It elicits sexual overtones almost immediately for most and sounds quite pornographic without at all being so.

What started off as almost a joke, wound up becoming one of my favorite tracks on the record and encompassing exactly what I wanted creatively out of the project. The lyrics float around direct sexual messaging without ever being overt and describe a love affair and the nature of love in general at a time when we're all so in need of it.

More Dark Side Of Light News