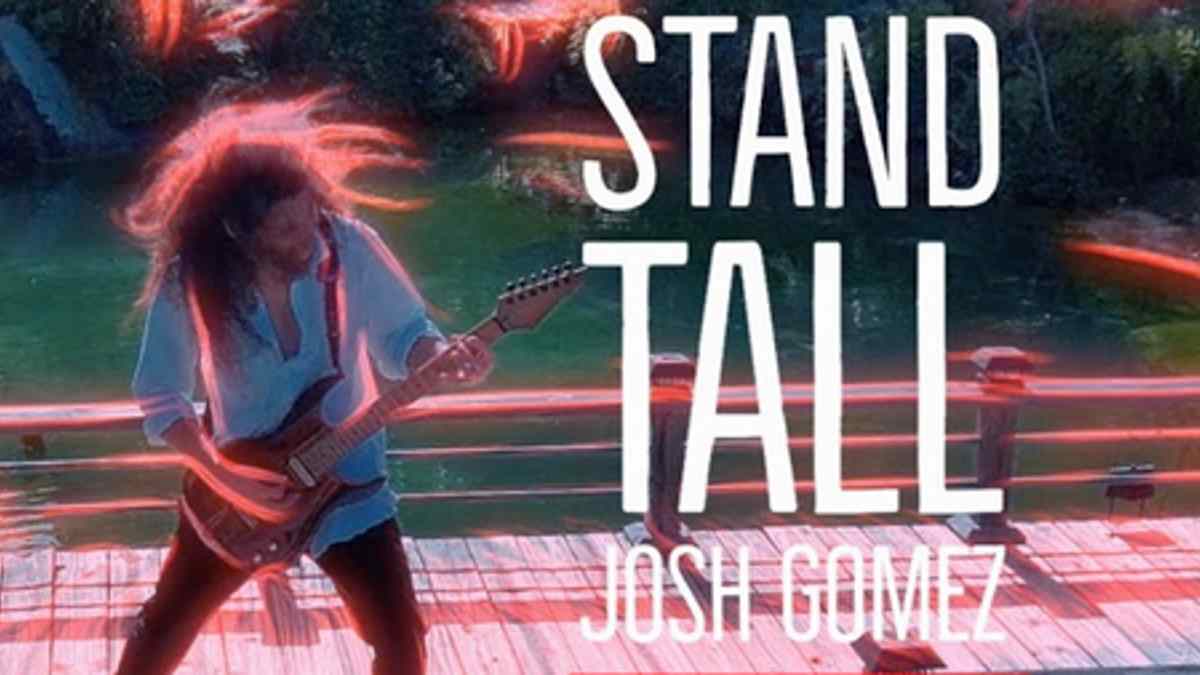 Acclaimed guitarist Josh Gomez has just released a brand new track called "Stand Tall" and to celebrate we have asked him to share the story behind the track. Here is the story:

I wrote Stand Tall years ago. This song is to all the fake friends that have stabbed you in the back. Don't lose yourself, stay on your path and stand tall.

Inspired by one of my "best friends" that betrayed me, a guitar student of mine for years. I helped transition him from a beginner to an advanced level student. He repaid me by leaving me in the dark as a victim of a life changing car wreck.

We were waiting at a red light on the way to Sam Ash Music store, then along comes some stupid idiot on their phone texting.

We ended up getting rear-ended. My "friend" cared more about lying to his Insurance than my physical well being.

I hope he enjoys his newly raised insurance premium.

My life was never the same. 7 bulging and 3 herniated discs later I had to give up my job, martial arts training and my ability to even hold my guitar.
I can't move around like a normal person. Twisting, lifting, bending over, standing and sleeping have become so challenging.

Everyday is a struggle to do basic bodily functions.

I have grown physically weak but I have never been stronger mentally. Always stand up for yourself. Never settle for anyone's bullsh*t.
That was one of the many stories in my life when close friends have turned on me. This article would be too long if I said them all.

"You won't stand much longer,
You are finally off my shoulders.
I won't be astray much longer,
I'll stand tall.

You threw this all away.
And it blew up in your face.
Goodbye to your selfish ways,
I've always been awake.

I'd rather swim with snakes,
than spend another day
Digging up your grave.
You psycho nutcase

At the end of it all.
We'll see the one that'll fall

You won't stand much longer,
You are finally off my shoulders.
I won't be astray much longer,
I'll stand tall.

There's a reason for my madness,
take control of all your sadness.
Hide in the dark where you can't stand it,
till it's gone.

Hearing is believing. Now that you know the story behind the song, listen and watch for yourself below and learn more about Josh here