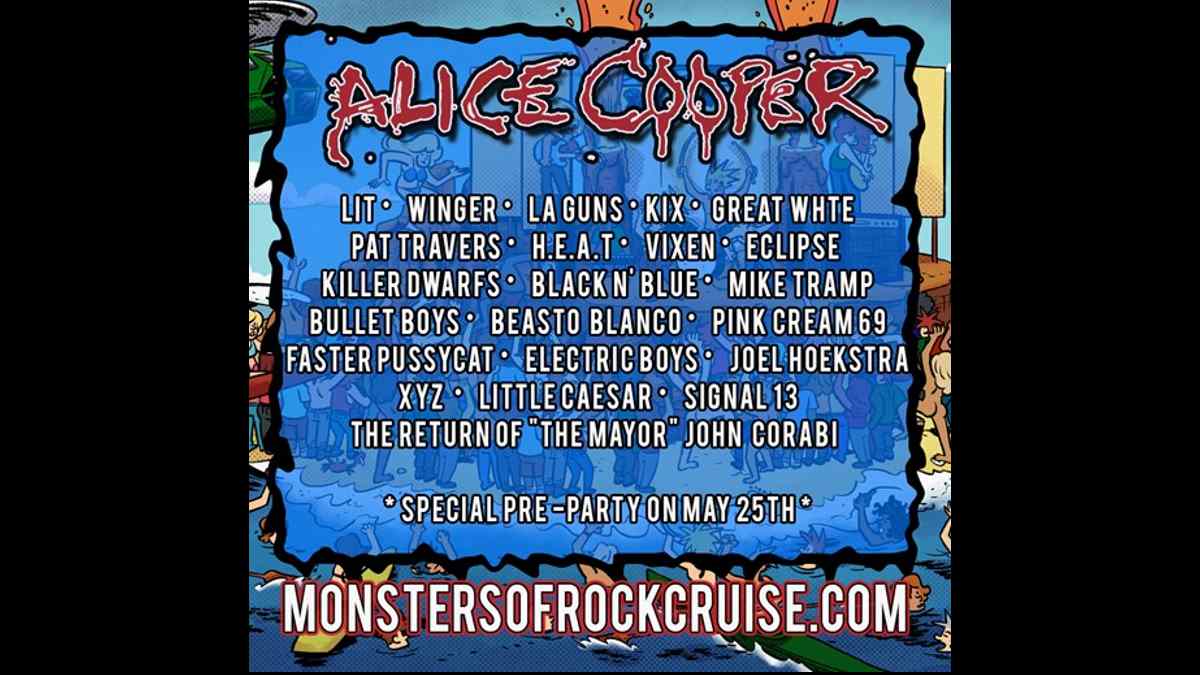 Shock rock legend Alice Cooper will be headlining the Monsters of Rock Cruise's move to land dubbed Operation Monster Beach that will be taking place in May of next year.

The event will be taking over two private, all-inclusive resorts in Punta Cana, Dominican Republic this May 26th-31st and bookings have gone on sale with suites starting at $1,999 per person (double occupancy), plus a mandatory service fee of $125 per person for all guests, regardless of age. Find more details here.