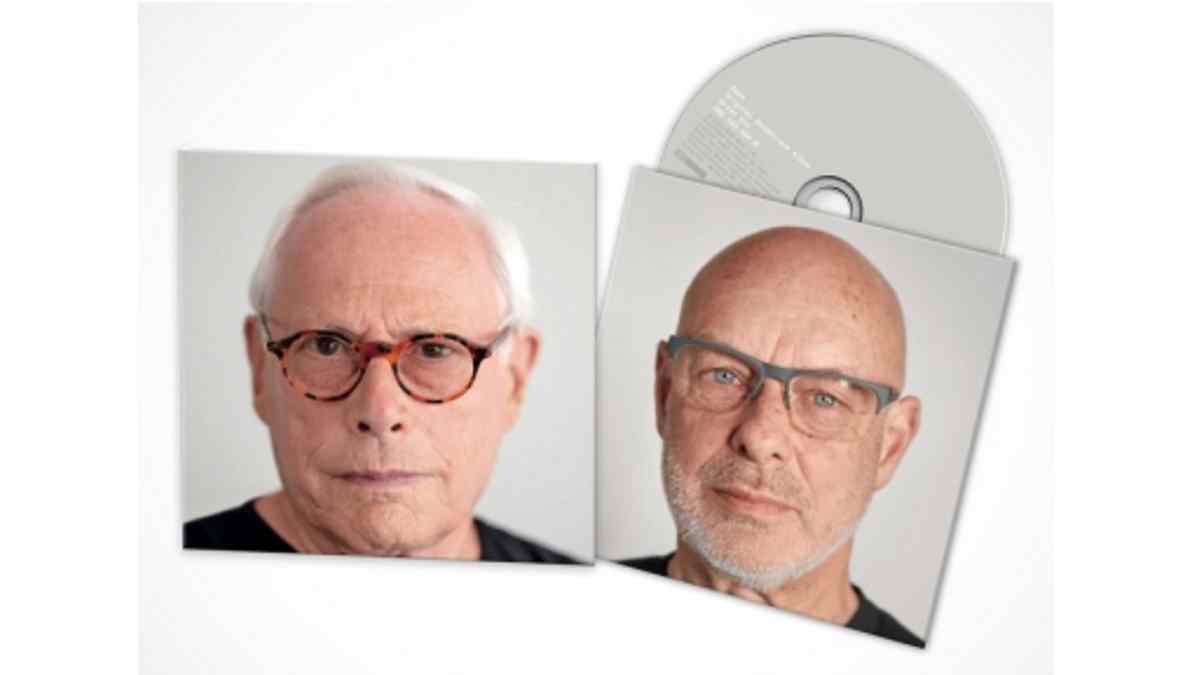 Brian Eno's "Rams: Original Soundtrack Album" is coming to CD with a special limited edition one-off pressing that will be available on January 22nd via UMe.

We were sent the following details: Originally released earlier this year as a Record Store Day vinyl-only exclusive, the album garnered a great deal of attention with unanimously glowing reviews.

Eno scored the soundtrack to an intimate documentary about Dieter Rams, one of the most influential designers in history. It takes an unprecedented look at the life and legacy of the man responsible for so many iconic designs, and in line with the aesthetic of the film, the director Gary Hustwit asked Brian to write the original score because of "a connection between Dieter's design sensibility and Brian's music."

One of the tracks from Rams OST, "Design as Reduction," is also featured in Eno's recent Film Music 1976 - 2020 album. Film Music is the first-ever collection of music from Brian Eno's film and TV soundtrack oeuvre and features classic compositions, lesser-known gems, and previously unreleased tracks for films by directors including Michelangelo Antonioni, Michael Mann, Peter Jackson, Derek Jarman, and David Lynch. While it was released in the rest of the world in November 2020, Film Music 1976 - 2020 will also be made available on CD and 12" double vinyl LP in the U.S. for the first time on January 22nd.

To coincide with the U.S release of both albums, from January 22nd, The Music Center in Los Angeles will host an outdoor installation based on Brian and brother Roger's album Mixing Colours for the following month. This first public screening and sound installation will premier on it's outdoor LED screens at Jerry Moss Plaza, in collaboration with non-profit radio station dublab. The Music Center will screen more than 100 short film finalists from A Quiet Scene, the collaborative short film project inspired by Roger and Brian Eno's album. Mixing Colours Expanded a 2CD release that includes 7 additional tracks taken from the follow-up EP Luminous, will also be made available in the U.S. the same day.