The Mamas & The Papas Album Getting Vinyl Reissues 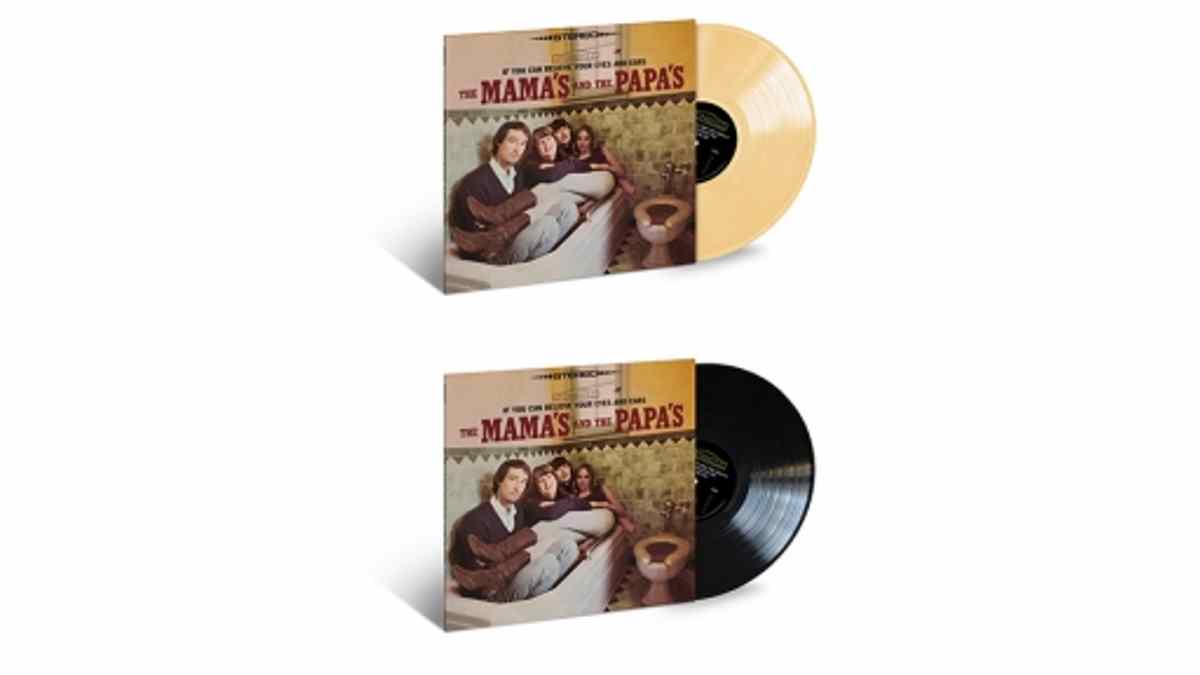 (UMe) On January 29, Geffen/UMe is set to release The Mamas & The Papas' If You Can Believe Your Eyes And Ears on black vinyl. Also, the album will be available on opaque yellow vinyl exclusively at uDiscover Music and Sound of Vinyl. Considered one of the best pop-rock albums of all time, the 12-song 1966 debut showcases the exquisite pop sensibilities and impeccable harmonies of Cass Elliot, Denny Doherty, John Phillips and Michelle Phillips. Reaching No. 1 on the Billboard album charts within months of release and spending more than 100 weeks on the chart, the Lou Adler-produced gem opens with the No. 1 hit "Monday, Monday" and includes "California Dreamin'," which hit No. 4 on the Billboard singles chart. Preorder here: https://TheMamasAndThePapas.lnk.to/IfYouCanBelieveVinyl.

While best known for its two hits, If You Can Believe Your Eyes And Ears, features a mix of originals and covers that captivated fans and critics alike. The album is included in the top 100 of the influential reference guide 1001 Albums You Must Hear Before You Die. In their pursuit of pop music perfection, The Mamas & The Papas signed in 1965 and disbanded shortly after their performance at the 1967 Monterey Pop Festival, where "Monday, Monday" was first performed live. In between, the foursome embarked on what has become a storied career during their brief time together. Contributing to their status as pop culture icons were unforgettable performances on The Ed Sullivan Show, including the John Phillips penned classic "Monday, Monday," their interpretation of Lennon & McCartney's "I Call Your Name" and "California Dreamin'" co-written by John and Michelle Phillips.

Both vinyl reissues will include the original cover photo, which was censored at the time for showing a toilet. First released on February 28, 1966, If You Can Believe Your Eyes And Ears opens with the chart-topping ode to the first day of the work week, followed by the upbeat, bass-heavy rocker "Straight Shooter." On "Got A Feelin'," co-written by Denny Doherty and John Phillips, a ticking clock underscores the melancholy vibe that someone is cheating; "Go Where You Wanna Go," "Somebody Groovy" and "Hey Girl" round out the original compositions with the musical and lyrical flair that defined their style. The Mamas & The Papas also brought their easy-listening harmonies to Leiber & Stoller's "Spanish Harlem" and Bobby Freeman's "Do You Wanna Dance," while gently rocking to The Turtles' "You Baby." Cass Elliot's rollicking cover of Billy Page's "The 'In' Crowd" closes the album.

The Mamas & The Papas Album Getting Vinyl Reissues

More The Mamas The Papas News