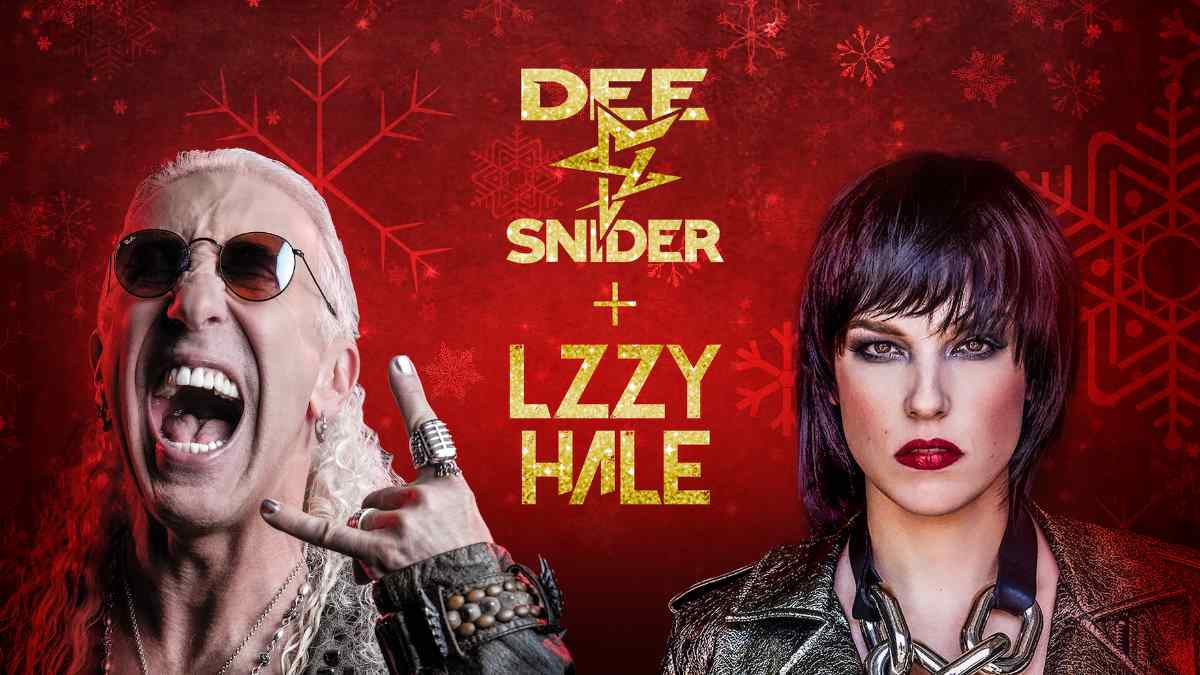 Twister Sister frontman Dee Snider and Halestorm's Lzzy Hale are getting in the Christmas spirit with the announcement that they have teamed up for a new holiday song.

The two heavy singers will be releasing their new version of Snider's classic "The Magic of Christmas Day" on November 13th via the major digital music providers.

Dee had this to say, "Originally written and recorded as a Christmas gift for my wife Suzette with no plan for commercial release, years later 'The Magic of Christmas Day (God Bless Us Everyone)' was discovered and recorded by Celine Dion for her holiday record These Are Special Times, which went on to become the biggest selling holiday album in history - and is the reason we refer to her as 'Saint Celine' in my house. When it was recently suggested that I should finally record this song myself, I knew I needed to bring in a young powerhouse vocalist to not only duet with me, but light a Yuletide fire under my ass! I only knew of one rock vocalist who could deliver on all those fronts, and she did in spades: the incredible Lzzy Hale of Halestorm!"

Hale added, "If you're ever in your life gonna go full on, all gas, no brakes 'Christmas Cheer,' you do it Dee Snider-style. I was so honored to get the call from Dee on his holiday classic 'The Magic of Christmas Day.' After exchanging a few very affectionate 'f@&k yous' as we rediscovered our respect and admiration for each other's talent, the final recording produced by the legendary Jeff Pilson is insanely epic. Thank you so much to everyone for having me. And considering we will ALL be experiencing a very different holiday season in 2020, I hope that this song brings you joy and puts a smile on your face. God bless us everyone!"

Dee Snider Shares For The Love Of Metal Live Video

Dee Snider Releases 'For The Love Of Metal' Video

Dee Snider Streams New Solo Song 'I Am The Hurricane'