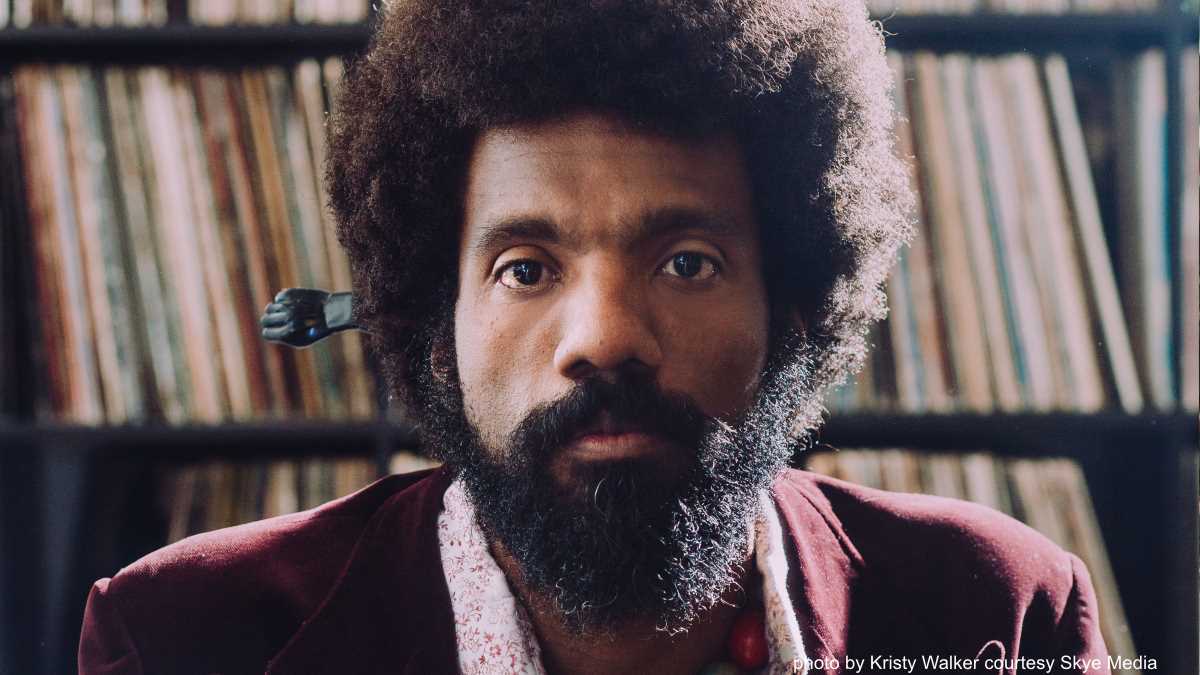 Earlier this year Alfred Howard Writes launched an ambitious project to release 100 songs over the course of a year with two new tracks each week, and to celebrate asked Alfred to tell us about one of those songs, "Don't Look Down". Here is the story:

Have you ever had the experience where you sit next to someone at random, have a chat, and just assume that they're a regular human being? And then shortly after your conversation, they stand up and do something exceptional? I've had this happen a few times in my life. One time, I used the urinal adjacent to Zach Hill. I didn't know that Zach Hill was one of the best drummers in the world; I just knew him as the guy who peed in a urinal that wasn't spaced out far enough and we had small talk pee venting about spacing issues. This is before the years of social distancing when there was just good old-fashioned antisocial distancing. He walked out of the bathroom and straight to the stage and proceeded to rearrange the fabric of my mind for 45 minutes.

Nicky Bluhm is one of those fantastic humans I had the fortune of meeting before realizing the superhero talent she wielded. In 2008, I found myself in New Orleans at a fairly unusual event. Some friends who were running the Yerba Mate company Guayakí rented out Tipitina's in New Orleans for a day and invited some of their favorite musicians down to celebrate Obama's election. Apparently, I made the short list of musicians and got the invite. They offered to fly me out, but I'm afraid of flying. So they offered to have a man named Justin pick me up in San Diego in a neon-yellow conversion van adorned with images of rain forest children and drive me to New Orleans.

So, for 24 hours, myself and a disparate group of musicians bonded through sound. Nicki Bluhm was one of the folks there I had gravitated toward. We were all strangers going into the event, and I didn't know who anyone was, so when Nicki stepped to the stage after we had been chit-chatting for some time and proceeded to blow my wig back, in my self-conscious mind, I was like, "Damn, I lost my concert friend." Fortunately, my buddy Josh was there, and he didn't intimidate me, talented as he was, since we had been in bands together for large chunks of our lives.

Flash forward 12 years. Pandemic would shut down the life of shows I had become used to. But creatives adapt, so I started a project where I'd record songs remotely with anyone I had met over the 20 years of touring who were willing to do something together. I had been trying to get a contact for Nicki for three months to no avail. Then one day, I was texting another old friend who's name began with the letter N, and Nicki's name showed up. Apparently I had her number the whole time. I gave her a ring, and the rest is history. I was surprised she remembered me, but it so happens that I read a poem that had left an impression on her for 12 years. This is our first song written together called "Don't Look Down."

Hearing is believing. Now that you know the story behind the song, listen for yourself here and check out more songs from the project here.