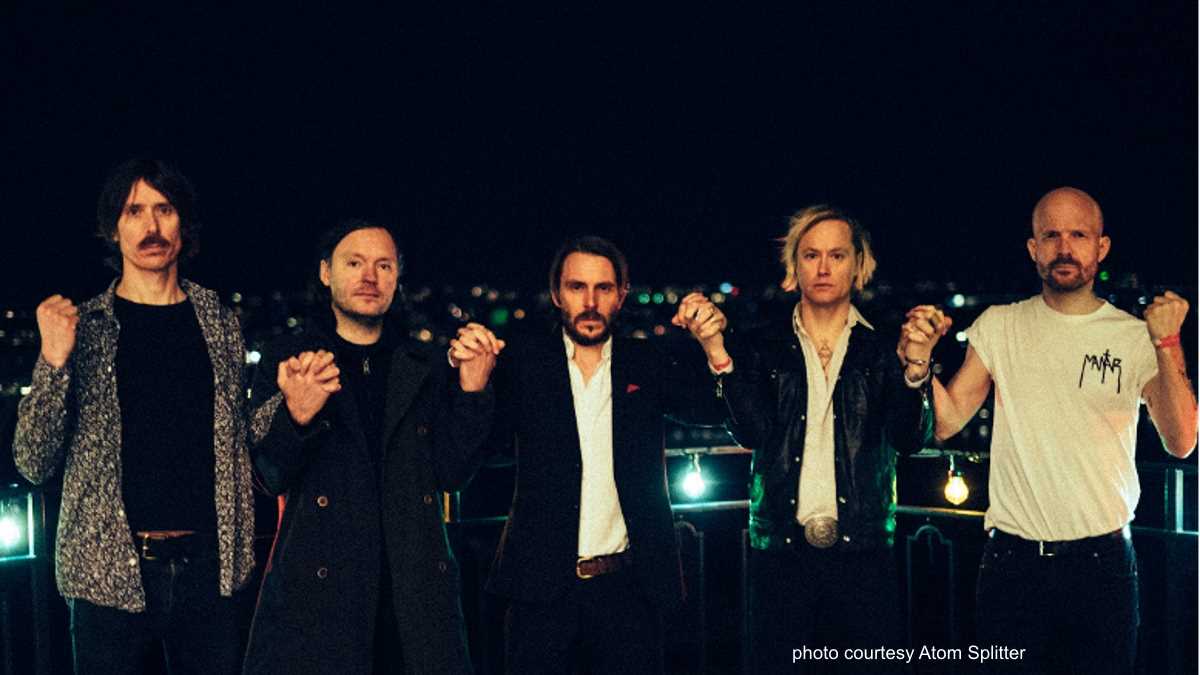 Refused have released a new track and video called "Born On The Outs," which is the band's reimagining of the Swedish House Mafia hit "Greyhound" and will be featured on their forthcoming EP.

The brand new four track EP, the follow-up to their latest studio album, "War Music", is set to be released on November 20th and will be entitled "The Malignant Fire EP"

Frontman Dennis Lyxzen explained why they decided to give the SHM track a makeover, "Kris has talked about the riff in the Swedish House Mafia song 'Greyhound' forever, so we decided to give it our own spin.

"David and I added some lyrics for this version, which we've called 'Born On The Outs.' Make no mistake though; this is very much 'Greyhound.' But with added lyrics about people who refused to take a side in the ongoing fight against fascism. So, you know, another ordinary Refused song."

Dennis said of the new EP, "There are certain traditions within the Refused camp and one of the sturdiest is the idea that after every album there comes an EP. This time, however, I think that we outdid ourselves. 'Malfire' is my favorite song of the record so it's more than fitting that we shine some extra light on that.

"This EP was supposed to be something that was released before a tour but in these weird times that tour never happened. However, this still a great EP that follows a great record. More than ever, we need music to lead the way when things are the darkest. Here's a little attempt from us."