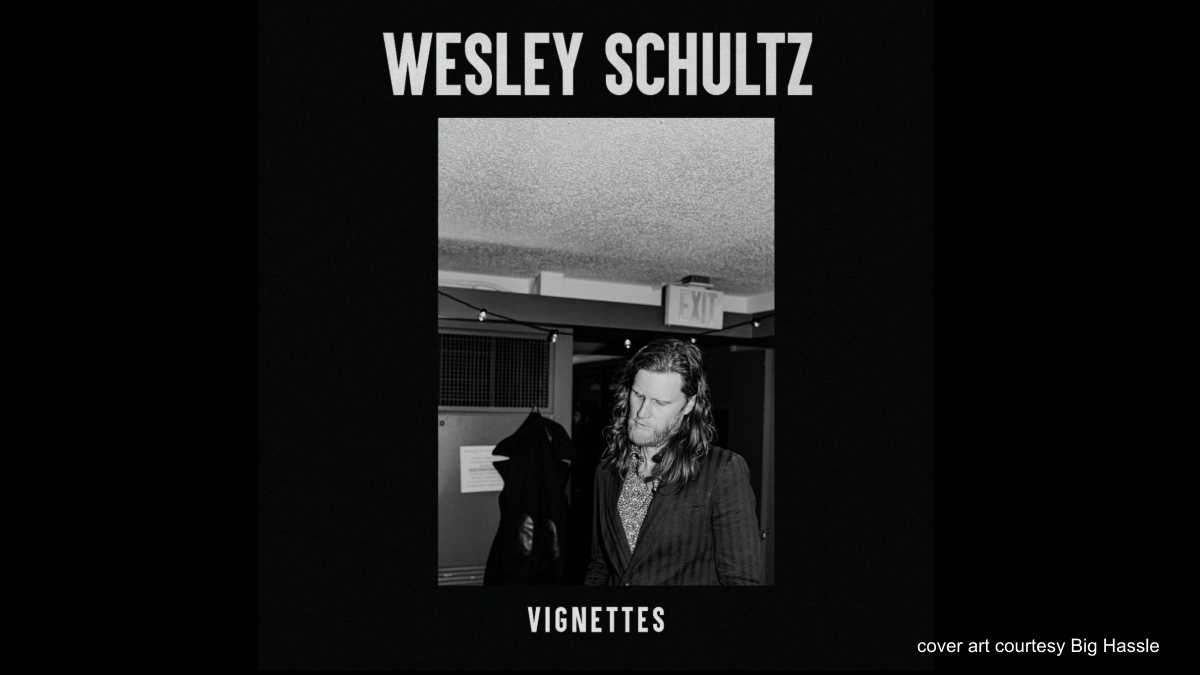 Co-founder of The Lumineers, Wesley Schultz, has shared an introduction video for the release of his debut solo album, "Vignettes," which is set to be released this Friday, October 30th.

Wesley had this to say, "The way I envisioned this album, was as if you had all these songs represented by little houses on a street, and then a tornado ripped through the town and tore them all the way down to the studs and foundation... that's what you'd have with every one of these songs after I re-imagined them. I was also trying to create something that doesn't ask anything from the listener - it's simply a companion, a friend in both good times and bad. Like how I listen to James Taylor's greatest hits, often, and it just seems to soothe me." Produced by longtime collaborator Simone Felice (whose work includes The Lumineers' CLEOPATRA and III) and produced, mixed and engineered by David Baron at Sun Mountain Studios in Boiceville, NY over five breakneck sessions last month, the album features Schultz on guitar and vocals, backed by Baron on piano and special guests including famed backing singer Cindy Mizelle (Bruce Springsteen, Dave Matthews Band), The Felice Brothers' James Felice on accordion and harmony vocals, the UK-based vocal duo, The Webb Sisters (Tom Petty, Leonard Cohen), and acclaimed singer-songwriter Diana DeMuth, the latter featured on a stellar duet rendition of Bob Dylan's "Boots of Spanish Leather."

"This album is pulling from a lot of different threads of my past. 'My City in Ruins,' 'Boots of Spanish Leather,' 'The Ballad of Lou the Welterweight,' those are all songs I was covering in bars, way back when I was living in Brooklyn in 2008. That was within days of when I'd written 'Ho Hey' and 'Life In The City' and 'Flowers In Your Hair,' all in this same little apartment. It was a rich time for me creatively and these covers were sort of informing my songwriting, just studying all these different artists.

"I was introduced to a lot of music through other artists, listening to their covers and then going backward. So part of this record is the joy of exposing something that you know is beautiful, while trying to make it your own so that they both can stand on their own two feet. It's almost like you're showing people your personal playlist, your inspiration.

"You try to make your own medicine sometimes. I think music is medicine. For me, the intention in making VIGNETTES was so simple - what would I listen to right now, in these times? And this music is what I felt like I needed." Watch the introduction video below: